WARNING: This investigation contains descriptions of child abuse that you may find triggering or difficult to read.

The State has only one chance at putting a suspect on trial. And if it doesn’t present a solid enough case, it will never get the opportunity to try the person again.

The National Prosecuting Authority (NPA) says it could still reconsider its decision not to prosecute 69-year-old Marius Pistorius who is alleged to have raped toddlers as young as two. Since 2011, at least seven children have been raped after allegedly being taken from his wife’s play school, Babbel & Krabbel, in Melkbosstrand. Should new or more evidence emerge, the NPA says, Pistorius may still find himself in the dock. That’s why the exact details of the docket cannot be disclosed.

"Once the details of the available evidence is 'out there', it is common for it to be discussed/analysed and possible witnesses may hear what the version of other possible witnesses are,” said NPA Western Cape spokesperson Eric Ntabazalila.

"This may cause them to subconsciously amend their own memories of the events, thus leading to possibly tainted evidence and credibility of witnesses.

"We have one chance at a prosecution and that is it. We can only appeal on very limited grounds and only when there is an acquittal based on a point of law."

The decision not to prosecute was made after all the available evidence was considered, Ntabazalila said. According to him, there was no consistency in the identity of the perpetrator, the number of incidents, what happened or where it occurred.

But social worker Edith Kriel argued that the fact that there are inconsistencies is, to some extent, "validating that it is a real experience".

"In one experience, several people would have different things to say about the event – each of us understand and perceive the experience in their own way, in what makes sense to them, and what things they notice and are important to them," she said.

"With various people interviewing children, one needs to look if there were common threads in the disclosures. It is possible that if children have been abused repeatedly, they may tell different aspects of their experiences to different people at different times. Thus, when questioning children one has to be very specific in what and how we ask questions." 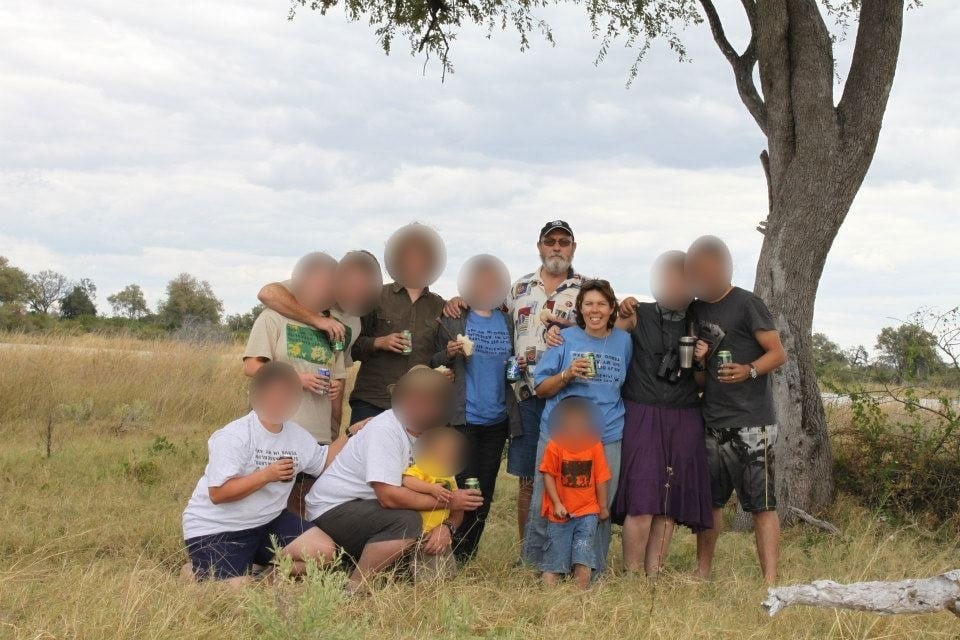 Ntabazalila said a criminal prosecution is regarded as very invasive and must be conducted fairly and constitutionally. All police and the NPA conduct are scrutinised by the courts.

"We can only institute prosecution if we have evidence under oath,” he said. Because most of the children’s disclosures were to their parents, grandparents or social workers, it would be considered hearsay, which is generally inadmissible.

"We are legally bound to what the complainants themselves aver – despite their very young ages. The complainants in the matter at hand are all – as far as each alleged incident is concerned – a single, child witness."

But Kriel disagrees that this age group do not make good witnesses.

"Children aged three or four are able to provide information on core aspects of experiences and are inclined to remember information that is particularly sensory. Thus, for example, a child of this age may not be able to explain where in the room the bed was but would rather comment on the softness of the duvet or blanket," she said.

Toddlers are also susceptible to changing their answers if asked the same question repeatedly.

Children, in general, want to please adults and believe that if they are asked the same question more than one time, they should provide a different answer, as clearly the first time they gave the wrong answer. Children are not encouraged to correct adults if they misunderstand the answers of children.

Three- to four-year-olds do not do well with open-ended narrative questioning, Kriel continued.

"When questioning adults or older children, they have some sense of the type of information that you are requiring – what, where, who, when, why. Young children do not have this frame of reference. If you ask a young child, 'Tell me what happened?', they might say, 'He touched my koekie'. You will have to ask more specific questions to get the detailed information."

According to the Child Protection Act, the evidence of a single witness can be sufficient to convict an accused, but the witness must be found to be competent and "compellable", which is to say able to participate in a trial.

Testimony must be given orally and under oath.

Ntabazalila said: "Presiding officers, quite correctly, find that children do not understand the nature and import of the oath due to their age."

Should the accused plead not guilty and the complainant is found not to be a competent witness, the accused will have to be irrevocably acquitted.

For this reason, a prosecutor has to make the call on whether an alleged child victim can hold their own in court. If they are not, "a prosecution may possibly follow in future once the complainant is found to be a competent witness", Ntabazalila said.

The South African judicial system is accusatorial, which is to say complainants are expected to explain their trauma in words, in chronological order and withstand cross examination, said Kriel.

"This requires the ability to store, recall and verbalise memories in detail," she explained.

"[But] when traumatised, the processes by which memories are laid down changes. Thus, this also makes the recall of the information at a later date more complex. The environment in which the person is asked to recall these memories also plays a significant role in them being able to verbalise their experiences – how the question is framed, [if] the non-verbal behaviour of the person asking the question is conducive to sharing information, what are the emotions of the person being questioned?"

The final decision to institute prosecution is made either by the NPA or by the regional court control prosecutor, Ntabazalila said.

"At times, when we are able to determine that the child witness may be competent and we take the matter to trial, it more often than not happens that the child is unable to 'tell his/her story' to the court. Should we succeed in getting them to ‘tell their story’, they fail under cross-examination. This happens even though the child witness testifies via CCTV with an intermediary assisting them."

Kriel said that collaboration was essential in the investigation of such matters. She believes multiple roleplayers, each with their own mandate, are required and that information needs to be shared, discussed and analysed in order to decide how to proceed with the investigation.

She said that the threats offenders make to children continue to linger, such as "if you tell, your mommy won’t love you anymore, or you will go to jail, or I will go to jail".

"In particular for children of a young age, due to their development, they will not understand that these threats may not be realistic."

This story is part of an investigation by News24 and My Only Story NPC into allegations of the sexual assault of toddlers at the Babbel & Krabbel pre-school.

The main article can be found here.

Marius and Annet Pistorius have denied all the allegations that have been made. Their respective responses can be read here.

Sometimes a report like this can trigger negative memories or experiences for you. If you need any help, please contact Childline on 116 (toll free).

R440k for one Daily Lotto winner!
Full list of lottery results
Voting Booth
Have you and your family been counted in Census 2022?
Please select an option Oops! Something went wrong, please try again later.
Yes
48% - 804 votes
No
52% - 882 votes
Previous Results
Podcasts
PODCAST | The Story: What is behind Khayelitsha's recent mass shootings?