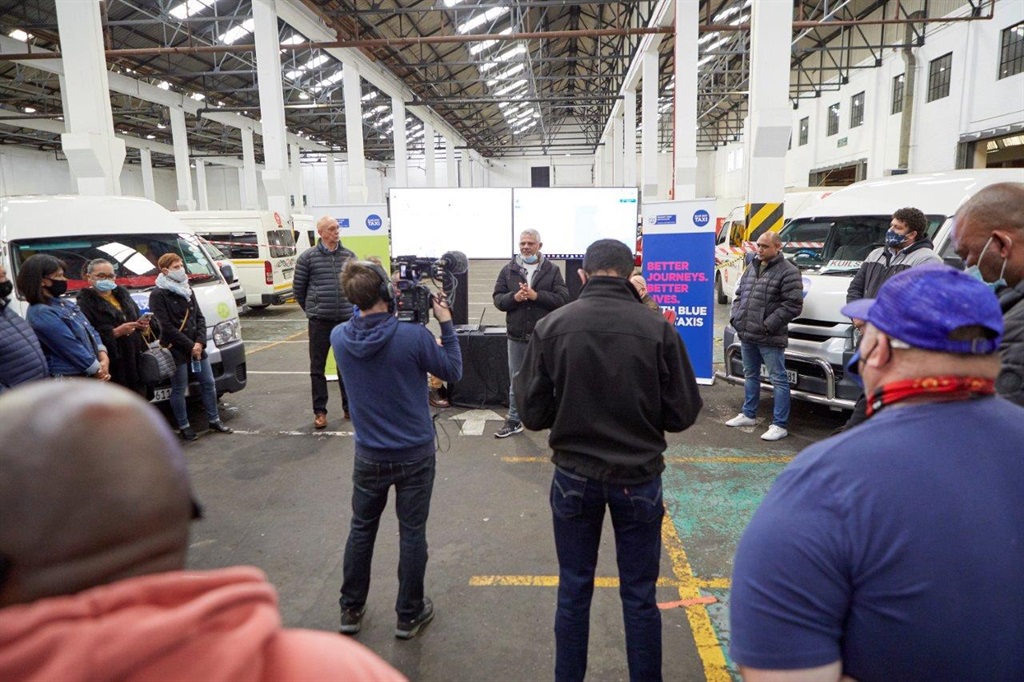 The Western Cape transport department launched its Blue Dot taxi pilot project at the weekend which aims to address violence in the taxi industry and to offer commuters an improved service.

The project is an incentive scheme to reward improved minibus taxi driving behaviour and service quality while reducing the risk of "illegal operations" and violent conflict.

The department's head of communications, Jandré Bakker, said over 1 000 taxis from across the province would participate in the pilot project.

"Before taxis can participate, the owners, their vehicles, and drivers must meet a wide range of criteria to achieve what is known as 'green status'," he added.

The owners and drivers must have their documentation to complete a Blue Dot training programme, while taxis must have a valid roadworthy certificate and be fitted with a tracker and branding by the department. Taxi drivers will now have their driving rated. Commuters would already have seen branded Blue Dot Taxis on the road as the department and its partners in the minibus taxi industry have been working to get participants to "green status".

On Saturday, the system went live, and the green status operators are then monitored by the department and rewarded for good performance.

"The better the performance, the higher the reward," Bakker said.

The department said the project has the full support and participation of the minibus taxi industry in the Western Cape, including Santaco and all eight regional taxi councils in the province.

READ | Ofentse Mokwena: The taxi industry and the 'informality' trap

A Cape Town taxi regulator who spoke to News24, but declined to be named, said he was not in favour of the initiative.

"This Blue Dot taxi project is just a way for the government to control the taxi industry in the Western Cape and it's not going to work. If the customers start to complain to the Blue Dot taxi department that means that points get deducted from the drivers' licenses, and this is going to cause huge fights on the taxi ranks," he said.

Bakker said one of the key features of Blue Dot was the passenger rating system, which empowered passengers and the public to hold Blue Dot taxis to account for the service they provide and their driving behaviour.

"Passengers and members of the public can anonymously rate Blue Dot taxis using their cellphones and this rating will help to determine the incentives that participants receive," he said.

When customers rate the drivers' driving, they must consider if the driver is speeding, following the rules of the road, overloaded, and driving well, before they submit their ratings to Blue Dot.

The department said the project had only been made possible because of the strong relationship developed between it and the industry over the past year through the establishment of the Red Dot taxi service and other Covid-19 related initiatives.

The Red Dot Taxi service was initiated "to provide safe evening transport for public sector healthcare workers home from their places of work".

The department said it and its partners in the minibus taxi industry would continue working to ensure that the remaining participants achieve green status over the coming weeks.