Miss SA: Jewish Board of Deputies lambasts govt decision to withdraw support for pageant in Israel 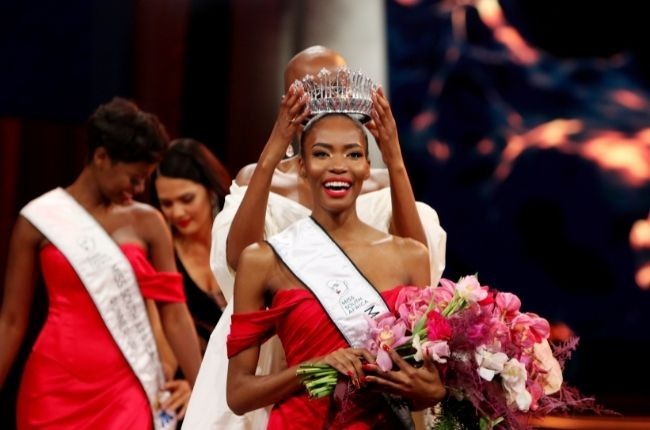 The South African Jewish Board of Deputies (SAJBD) has lashed out at Sport, Arts and Culture Minister Nathi Mthethwa after the government withdrew its support for the Miss South Africa pageant.

The move comes after the government could not convince organisers to pull out of the Miss Universe pageant to be held in Israel in December.

The SAJBD said Mthethwa had been "noticeably absent" for the past 18 months and had been "silent about artists who appealed to him for help during the Covid lockdown".

"His response to the closing down of national heritage treasures like the Apartheid Museum and Lilliesleaf Farm was appalling. His disinterest in upholding the real issues facing our arts and cultural imperatives have been palpable. Yet, when it comes to placating the radical anti-Israel lobby who demand that Miss South Africa Lalela Mswane withdraw from the Miss Universe pageant in Eilat, suddenly Minister Mthetwa finds his voice," the organisation said.

In a statement on Sunday, the Department of Sport, Arts and Culture announced it would no longer support the Miss South Africa pageant because of the organisers' "intransigence and disregard" of advice against sending Miss SA Lalela Mswane to compete in the Miss Universe event.

The department said atrocities committed by Israel against Palestinians were well documented, and the government, as the legitimate representative of the people of South Africa, "could not in good conscience associate itself with such".

However, this view was a "minority one", said the SAJBD, citing a Newzroom Afrika poll which showed South Africans were in favour 2:1 of her competing in Israel.

South Africa has diplomatic ties and extensive commercial trade relations with Israel. It engages in events such as this one, such as hosting the Israeli Davis Cup team in 2018. The way we influence situations is to engage, not to withdraw. The SAJBD believes that closing doors merely isolates us from contributing and any contribution we can make to finding peace in this country.

"What better opportunity for a South African to be part of an event where she can connect with 70 countries around the world, including many Arab countries, in sharing our story of dialogue and peace-building?"