Molewa's family thanks SA for support, reveals cause of death 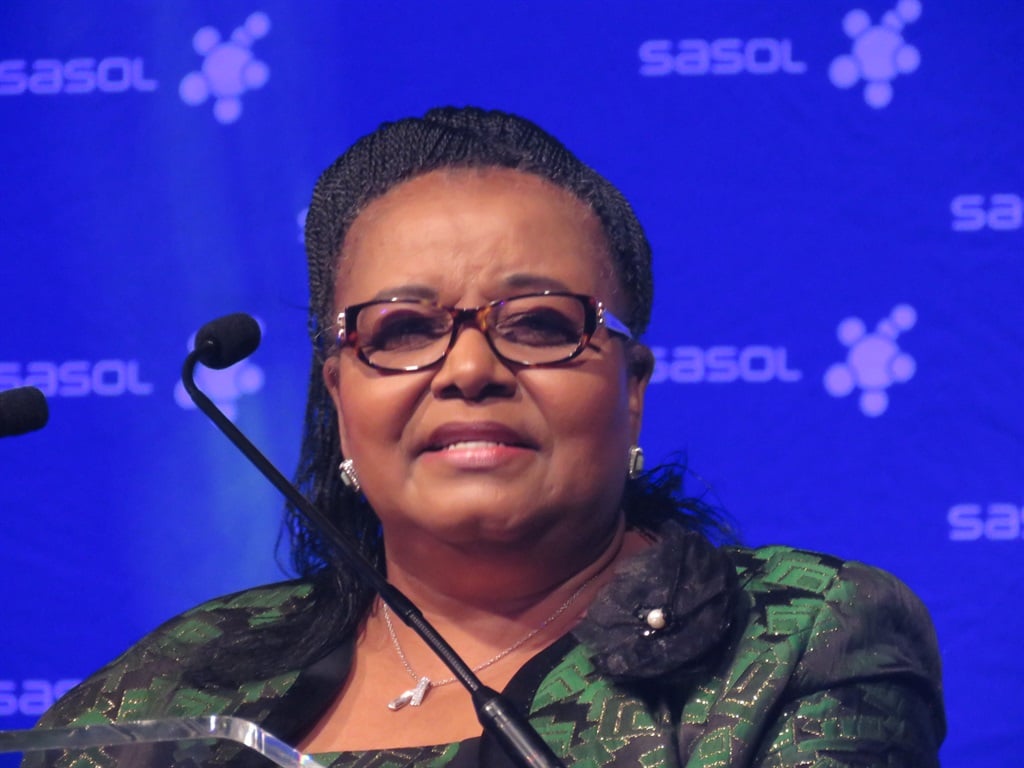 The late Minister Edna Molewa died from Legionnaires' disease - an extremely acute form of pneumonia, her family said on Sunday.

"Our sister passed away yesterday, 22 September 2018 following complications of Legionnaires' disease," said the minister's brother Fana Mmethi in a statement issued on behalf of her family.

"Knowing she had been ill has done little to lessen the blow," expressed Mmethi, adding that the family was "bereft".

Molewa died in a Pretoria hospital. She was 61 years old.

Her brother said that her loved ones were finding it difficult to accept her death "given that she was cut down in the prime of her life when she still had so much to offer to her family, her friends, her colleagues, her church, and to her community".

He said that the support and messages of condolences from South Africans - and across the globe -  were much appreciated by them.

"We are comforted in the knowledge that we are not alone in this, our darkest hour. South Africa had lost a great leader: an activist, a patriot and a revolutionary who has been called to her Maker, leaving us bereft.

"The scroll of history has recorded the life and deeds of this great woman who played a formative role in the liberation of South Africa," said Mmethi.

In her personal life, he noted "her unwavering, deep and abiding faith" which led to a life of service and selflessness.

Also read: 'A devastating loss to our nation' - tributes pour in for Edna Molewa

We live in a world where facts and fiction get blurred
In times of uncertainty you need journalism you can trust. For only R75 per month, you have access to a world of in-depth analyses, investigative journalism, top opinions and a range of features. Journalism strengthens democracy. Invest in the future today.
Subscribe to News24
Related Links
'The country is poorer without Edna Molewa' - Tributes pour in for late environmental affairs...
North West province pays tribute to Edna Molewa - its first female premier
From teacher to minister: Molewa's life was one of service
Next on News24
LIVE | Covid-19 death toll rises to 19 276, infections stand at 725 452