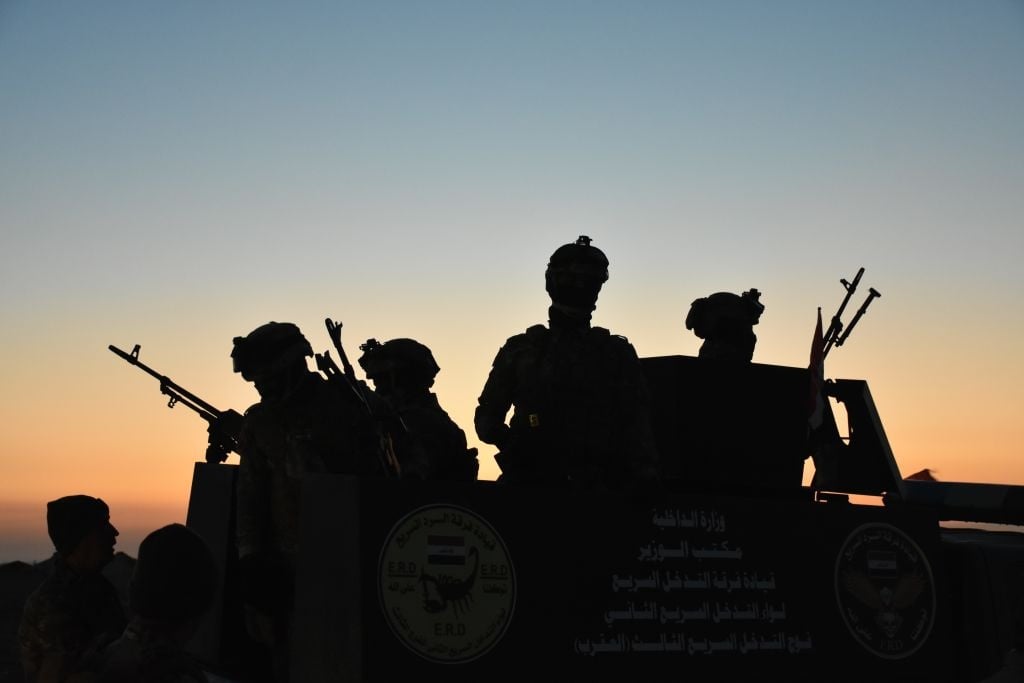 43 South Africans trapped during a horror attack by insurgents in northern Mozambique last week have been accounted for, the Department of International Relations and Cooperation (Dirco) said on Monday night.

"The citizens were in the area known as Afungi. These include the two men who fled into the bush during the attacks on the Amarula Hotel convoy on 26 March, and a young South African who hid away and was found by search and rescue helicopters," said Dirco spokesperson Clayson Monyela.

"Some of these nationals are already back home, while others have been moved to safe areas within Mozambique."

Islamic State had, on Monday, formally claimed responsibility for an apparently well-coordinated attack on Palma in the Cabo Delgado province on its Amaq news agency, Reuters reported. They claimed to have killed 55 foreigners in total, although the Mozambican government has only confirmed seven deaths so far.

Intelligence sources cautioned that, although the attacks had been severe, some information about the deaths were exaggerated.

The attacks specifically targeted foreigners for the first time since the insurgency started about three years ago.

News24 has learnt that Adrian Nel was the only one who perished in an ambush on a convoy of 16 or 17 vehicles - accounts differ on the exact number - as they tried to evacuate the Amarula Hotel on Friday night, where they had been hiding for two days prior.

His father and brother escaped alive.

On Sunday, two South Africans were still missing - but, by Monday, South African officials confirmed that they had been found alive.

One of the men was with a contingent who escaped the ambush and had evacuated towards the border with Tanzania. Two men, who fled on foot into the bush, are in the process of being evacuated to Johannesburg for medical attention, while a number of distressed South Africans have returned home already.

They were evacuated from Palma and nearby Afungi in the past few days, most of them by helicopter.

A number of ships and vessels also got involved in the evacuation of expatriates as well as locals.

Monyela said the South African High Commission in Maputo continued with a track-and-trace process to determine whether there were any more South Africans who may have been affected.

Dirco Minister Naledi Pandor commended commission staff for their prompt efforts at reaching out to fellow South Africans in distress in Mozambique and conveyed condolences to the family of the man killed in the attack.

South African-registered private military company, Dyck Advisory Group (DAG), which was recently criticised in an Amnesty International report for its indiscriminate killing of insurgents and locals alike, have been praised by those they helped evacuate over the weekend.

"I understand that DAG has had bad press, but they were heroes this week. They cleared the perimeter of the hotel and they extracted me at risk to their own lives," read one of the messages which did the rounds on WhatsApp groups.

DAG's contract with the Mozambican ministry of the interior, to assist the police in the troubled area, is set to come to an end on 6 April.

DAG founder, Lionel Dyck, told the BBC that the military didn't get involved in the fight until Sunday, and he also alleged that Total did not help provide his helicopters with fuel while they were busy with the evacuation effort.

Lionel Dyck, founder of private military company DAG, told the BBC's @BBCWorldatOne just now that the Mozambican military did not join the fight in Palma until yesterday.He also slams Total who "have done nothing" and wouldn't give DAG's helicopters fuel.

Most of the expatriates, who were attacked, were there to do work related to the Total liquefied natural gas project being established.

Total said tonight their planned remobilization in Afungi is "obviously now suspended" following the events of this week.Read the company's statement in full on our Telegram channelhttps://t.co/hGgggdtFnY

Distressed family members initially slammed Dirco for its inability to help, but said they understood the situation better now and the mission had been really supportive.

"I just wish more had been explained to us as to what the considerations were that the government had to take into account at the time," one of the family members said.

"The people I've dealt with from the high commission have been incredibly supportive."

Many of the staff in Maputo had "worked tirelessly to try get information and keep us informed", the family member said.

One of the reasons for South Africa's hesitancy to get involved militarily has been the fact that the Mozambican government hadn't asked for help up - until now.

Daily Maverick on Sunday reported that South Africa experienced a lack of cooperation from Mozambican authorities in its efforts to locate distressed nationals.

Security analyst Ryan Cummings said South Africa had, in essence, "maintained a respect of country sovereignty and a foreign policy that is non-interventionist".

He said South Africa's policy was unlikely to change just because the trouble was in neighbouring Mozambique.

"If these guys were on our border and there was a chance of a conflict spill-over, then that could be a case to intervene," he said.

He said staff from South Africa's high commission would have had limited powers to help, as Maputo is about 2 500km from Palma, and the Mozambican government constrained who was allowed in and out of the area.

He said the threat by the insurgents last September, that they would retaliate should South Africa intervene in the conflict, did not hold much water.

"They said they were going to send their soldiers to South Africa, insinuating that their guys would be deployed across the border. The militants themselves don't have much operational capacity outside of northern Cabo Delgado," he said, evidenced by the fact that much of Mozambique to the south was largely unaffected by the insurgency.

Mozambique's defence ministry on Sunday night said the insurgents "killed tens of defenceless people and damaged government infrastructure in their attack on Palma", which was "clearly aimed at terrorising the people of Palma and threatening the development of infrastructures that would bring an improvement in living standards in the country and of the local population in particular".

Lucky Sunday for 3 Daily Lotto players
Full list of lottery results
Lockdown For
DAYS
HRS
MINS
Voting Booth
Children between 12 and 17 can now be vaccinated against Covid-19. As a parent I am:
Please select an option Oops! Something went wrong, please try again later.
Relieved, it's been a long wait to this point
50% - 1753 votes
A bit hesitant, and will wait to see how it goes
22% - 772 votes
Completely against my child getting the shot
28% - 971 votes
Previous Results
Podcasts
PODCAST | My Only Story: Fiddling, sex jokes and flirting – another water polo coach exposed