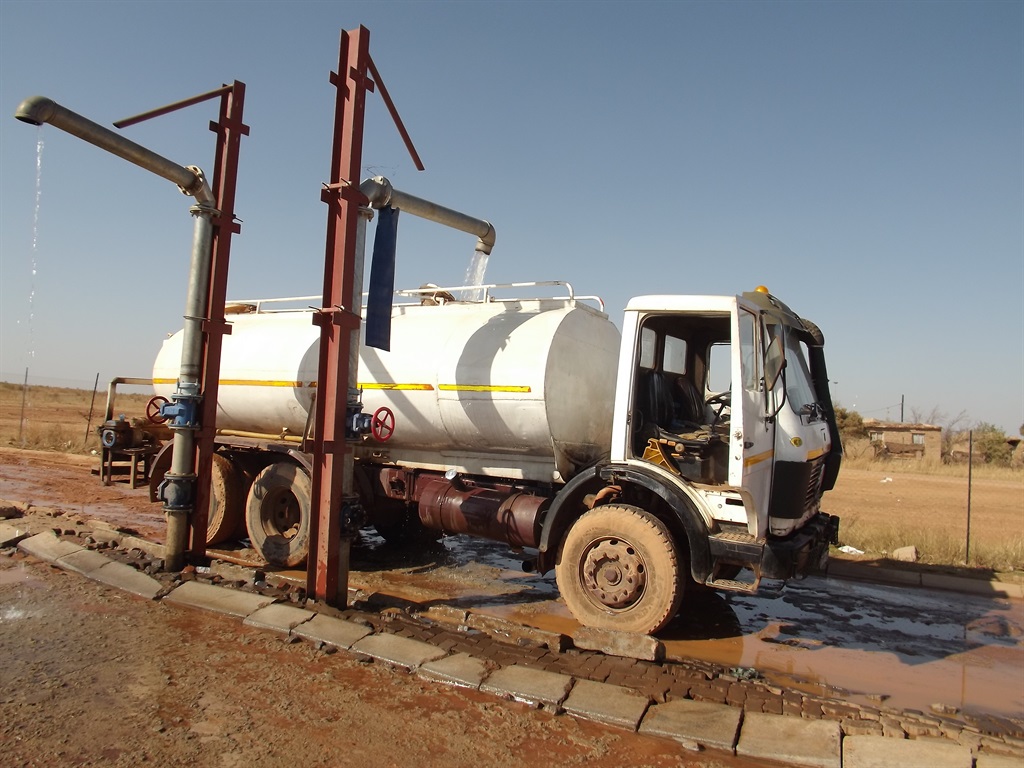 A truck loads water from a gantry in Thokoza Village in Mpumalanga to be sold to residents of other nearby villages.
PHOTO: Balise Mabona

Some residents of the Thembisile Hani Local Municipality in Mpumalanga have accused local authorities of providing running water in a discriminatory manner because they are forced to buy water from vendors.

They claimed Vezubuhle and Thokoza villages in KwaMhlanga have a regular water supply from the municipality, whereas taps in their yards in and other nearby villages, such as Thembalethu, Tweefontein and Moloto, were always dry.

A resident of Thembalethu Village which is about 500m from Vezubuhle, Johannes Mahlangu, told News24 he spent up to R400 every month buying water from vendors.

Support independent journalism
Subscribe to News24 for just R75 per month to read all our investigative and in-depth journalism. You can cancel any time.
Subscribe
Already a subscriber? Sign in
Next on News24
LIVE | Health minister gives an update on Covid-19, vaccination roll out plan