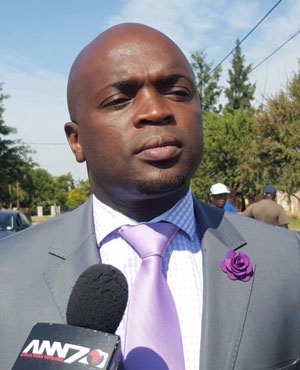 Instead, Msimanga, on an opposition Democratic Alliance ticket, disregarded this and went ahead with the trip to the breakaway state, placing him in breach of South Africa's foreign policy.

According to Dirco spokesperson Clayson Monyela South Africa and the UN does not recognise Taiwan as a sovereign state and South Africa's liaison office in Taipei is only meant for people-to-people contact.

''It has no political mandate and therefore interaction between political office bearers is not allowed,'' said Monyela.

In line with Section 84 (2) (h) (i) of the Constitution, the president has the power to conduct international relations, and Dirco implements them in consultation with him and other government departments, he continued.

This cuts across all three spheres of government in South Africa - national, provincial and local and through various alliances and bilateral bodies and agreements, engagements are aligned to further South Africa's policy and national interests.

The statement comes amid increasing tension after the DA ousted the African National Congress in the August 3 local government elections.

When the ANC caucus at the Metro found out about Msimanga's trip it accused him of betraying the Brics alliance and said he should be charged with treason for going ahead with the trip.

The DA retorted with a screen grab of the address of South Africa's liaison office in Taipei.

Earlier on Monday, the ANC's national spokesperson Zizi Kodwa hit back saying ''renegade'' officials should have their diplomatic passports confiscated but the DA fired off another statement saying the point of the liaison office was for building business relationships between the two countries.

"The DA reminds the ANC that neither the ANC nor the national government it runs can dictate who DA mayors meet with in order to obtain job-creating investment, and that such international trips are allowed,” said DA Dirco spokesperson Stevens Makgolopa.

Hours later Monyela issued the statement saying that the office was out of bounds for political appointments.

We live in a world where facts and fiction get blurred
In times of uncertainty you need journalism you can trust. For only R75 per month, you have access to a world of in-depth analyses, investigative journalism, top opinions and a range of features. Journalism strengthens democracy. Invest in the future today.
Subscribe to News24
Related Links
ANC vs DA spat over mayor's Taiwan visit heats up
Tussle over Msimanga’s Taipei trip, but analyst gives it thumbs up
Tshwane's Msimanga marks first 100 days in office
Next on News24
LIVE | Covid-19 in SA: Death toll tops 41 000 as cases hit 1 417 537