Murdered law student wanted to be a Constitutional Court judge 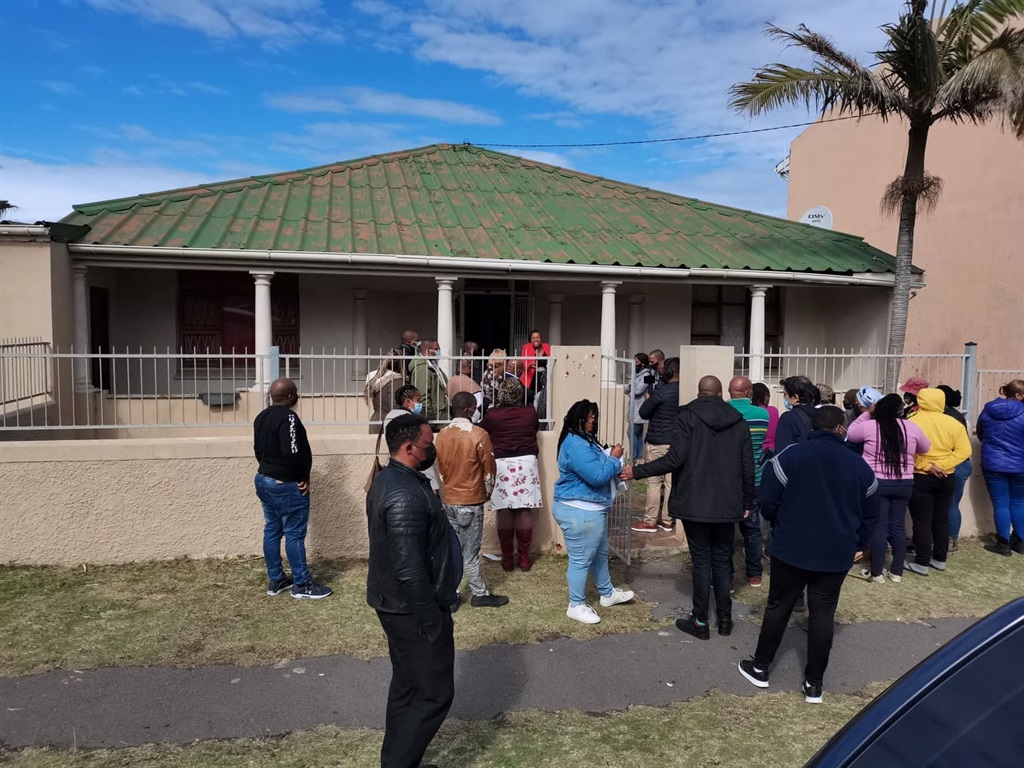 House 117 Fleet Street in East London's Quigney became a crime scene after a student was murdered inside the 10 bedroom house.
Malibongwe Dayimani

A final year law student at the University of Fort Hare whose life was cut short after her boyfriend allegedly murdered her, had ambitions of becoming an attorney and possibly a Constitutional Court judge.

23-year old Nosicelo Mtebeni's, dismembered body was found stuffed inside a suitcase in Quigney, while a black refuse bag found next to the suitcase also contained some of her body parts.

The gruesome find was placed outside her 25-year old boyfriend's residence, while more body parts were found inside.

The man accused of the heinous crime was arrested inside the flat by the police and was due to appear in the East London Magistrate's Court on Monday. Friends and fellow students attended court on Friday, but was informed that the suspect, who cannot be named until his court appearance, was only due to appear on Monday.

A distraught classmate and friend of the murdered student said on Friday that Mtebeni had many dreams, including that she would one day become a Constitutional Court judge.

Ruth Williams said the slain student was dedicated to her studies and couldn't wait to become an attorney.

Williams said she and Mtebeni were drawn to each other because they both shared a love for taking selfies.

"We used to sit at the back in the class, and we loved taking photos together. We would mostly interact about schoolwork," she said.

"She was determined to become someone great in the future. She was hopeful of what the future held for her. We went on a tour of the Constitutional Court, and she took a picture of herself and posted it on Facebook and captioned it, future attorney," recalled Williams.

Williams described Mtebeni as a fun person who was always smiling and warm.

A group of students and members of women's rights groups marched to the EL Magistrate Court where a man accused of the brutal murder of University of Fort Hare law student was due to appear. Sadly, they learnt date for the case had been changed to Monday. @TeamNews24 pic.twitter.com/N96i0JU3Uq

"I am just numb. I keep thinking of how she would have felt at the time of the incident; how it all came to her that she was taking her last breath, a lot is going on in our minds, we can't grasp how to move forward from here," said Williams.

The university offered counselling for law students affected by the murder.

Mtebeni was killed inside room five on the top floor of a 10-bedroom house, in Fleet Street before her body was sliced into pieces to fit into the bags.

ALSO READ | Woman who murdered her 2 sons to punish their gran, gets 22 years jail time

The accused worked as a salesperson at the well-known funeral home, said the caretaker of the house Phumeza Qwabe.

Qwabe described the accused as a reserved and well-mannered young man who kept to himself and never bothered anyone.

She said the accused, who allegedly dismembered Mtebeni’s body with a chainsaw, had been spotted entering the house with a toolbox on Thursday morning before dragging a heavy-looking suitcase out to the street.

She said she first saw the couple in December when they came to her looking for a place to rent.

Buffalo City Metro regional Chaplain Rev Pam Daweti delivering an emotional prayer on the pavement where remains of UFH final year law student Nosicelo Metebeni were discovered in EL on Thursday. Her live-in boyfriend has been arrested for the murder. @TeamNews24 pic.twitter.com/l74oTGzd9W

"They stayed together for a long time, and then she disappeared for two months. I assume she went home to Matatiele. She came back on Monday this week after the two-month break, and I believe that is when he killed her," said Qwabe.

Qwabe said on Monday, neighbours complained to her about the loud music coming from the couple's room following what was suspected to be a lover's quarrel.

"He may have stayed with the body all this time before he dumped it outside. He was a very respectful person; you would never suspect him of doing this," Qwabe speculated.

According to Qwabe, the police apparently found the accused still in possession of the woman's head.

Meanwhile friends, students and activists who initially gathered outside the East London court on Friday, gathered at the same spot joining hands calling for an end to gender-based violence.