Murdered mom wanted to get restraining order before her death, say family, activists 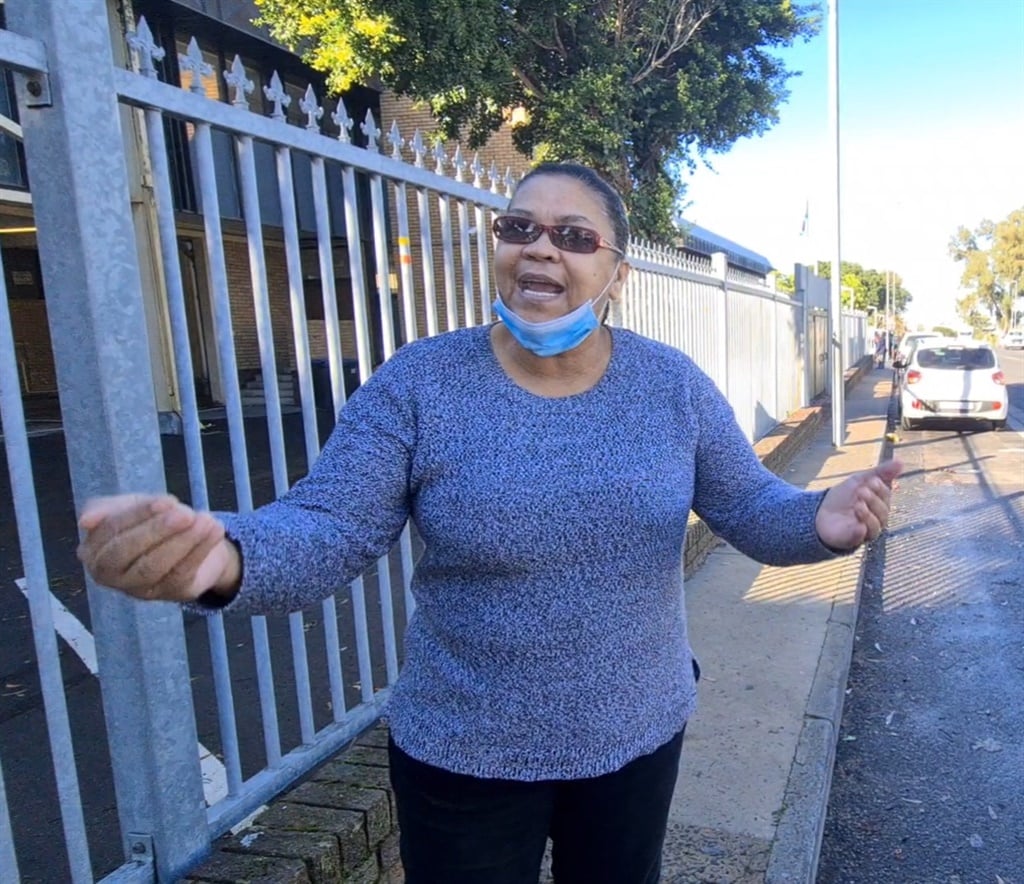 Altecia Kortje, 27, who was murdered along with her seven-year-old daughter, Raynecia, in Belhar, Cape Town, this weekend, wanted to get a restraining order a week before she died, but was unsuccessful due to Covid-19 restrictions.

This was the claim of people protesting her and her daughter's murder outside the Bellville Magistrate's Court on Monday.

Their bodies were found in a house in Belhar on Friday.

On Monday, a 28-year-old man appeared in court, named as Ryan Kyle Smith of Belhar.

Smith is accused of murdering the mother and child "with a knife" on 12 June. He will remain in custody until 22 June, when he can apply for bail. This, however, will be opposed by the State.

The public was barred from attending court proceedings due to Covid-19 considerations.

Courthouse staff said the number of people allowed into the building was being severely restricted, and all cases before district courts were being postponed. But outside the court, several women voiced their anger over the double murder.

Feared for her life

Three women - a family member, a women's rights advocate, and a community activist - all made the same claim: that Kortje had feared for her life last week, and had sought protection from various state institutions.

News24 has reached out to the police and justice department for more information on this.

Outside the court, Celesthea Pierang, representing the One Billion Rising in South Africa organisation, told News24: "Today, we are here in support of the victim's family and friends. The horrific manner that they died … we are outraged.

"We do not understand why the government again failed this community, and failed this family. The mother, on last week Monday, went to court to get a restraining order - she was told to come back in September due to the Covid-19 and the regulations.

"Then, when her family went to go and report her missing, they were also sent away."

Pierang alleged the family had not received help for three days until the bodies were found on Friday.

"GBV [gender-based violence] is on the rise - our women and children are still being carnaged [sic] … it's not right. It's sad. It's heartbreaking. And this government doesn't give a sh… - I wanted to swear.

"Our women are so scared. When you get to a charge office, you are spoken to in front of everybody - they don't know the severity of these cases. It takes so much courage for a woman to go to a police station, to get help - and then get turned away. 'Our government has failed us'

"And that is why I believe our government has failed us. There have been no measures put in place to curb this real epidemic. Because this is an epidemic. Yes, Covid-19 is a serious thing, but the government needs to see the seriousness of GBV too."

A family member of Kortje - a cousin by marriage - was also at the court.

Mary-Ann Gouws said: "I want to see justice for Altecia and Raynecia. They were failed from the beginning to the end. Is it because she lives in Delft? [They] had the same rights as Plattekloof, Table View. Where is our president? Can he come out and address us?"

She added her own son had been "brutally murdered" many years ago - and she had fought a 13-year crusade "for justice" in his killing.

"I'm going to get justice for Altecia. I'm standing up for the rights of women. Enough is enough. We are here for Altecia, and Raynecia - and so many others."

In a statement over the weekend, police spokesperson Sergeant Noloyiso Rwexana said of the murder scene: "The 27-year-old female had multiple stab wounds on her body while the child was found on the bathroom floor."

News24 has reached out to the relevant institutions for response to the claims. The story will be updated when received.

We live in a world where facts and fiction get blurred
In times of uncertainty you need journalism you can trust. For only R75 per month, you have access to a world of in-depth analyses, investigative journalism, top opinions and a range of features. Journalism strengthens democracy. Invest in the future today.
Subscribe to News24
Related Links
'Drunken' BMW driver who allegedly killed Joburg cyclist granted bail
Lockdown: Government wants DA ConCourt challenge dismissed with costs
Motshekga taken to court for 'backtracked' promise to reinstate feeding programme
Next on News24
LIVE | Covid-19 in SA: Infections rise by 16 366