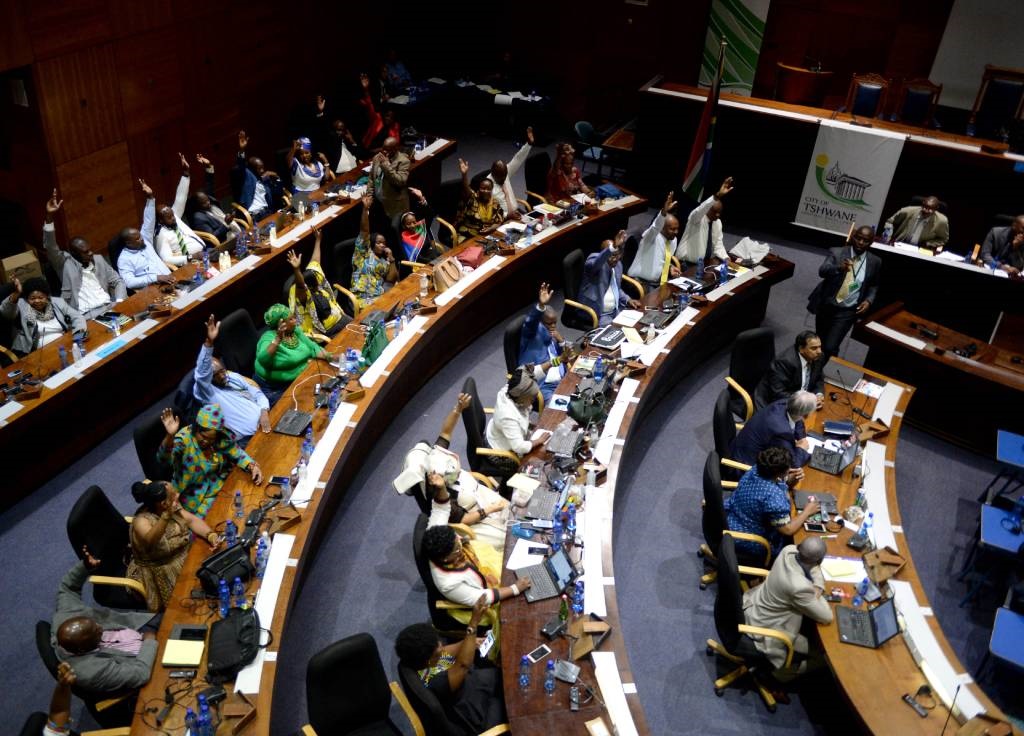 The National Council of Provinces (NCOP) has dissolved the Tshwane metro.

On Thursday, the NCOP approved the recommendations of the Select Committee on Co-operative Governance and Traditional Affairs (Cogta) for the dissolution of the Tshwane council.

The Western Cape was the only province which refused to support the adoption of the committee's report, in which it was recommended that the municipality should be collapsed.

NCOP chairperson Amos Masondo presided over the sitting at the Gauteng legislature in Johannesburg on Thursday.

On Wednesday, after a two-day stakeholder engagement in the capital city, chairperson of the committee China Dodovu said there was no other option but to dissolve the council.

"The fact of the matter is that no one will win if things continue in the manner that they are going currently in the municipality," Dodovu said in a statement.

He said the committee was convinced there were exceptional circumstances that warranted the dissolution of the municipality.

"All stakeholders present, both internal and external, agreed that the municipality is dysfunctional and is failing to render its constitutional obligation," Dodovu said in a statement on Wednesday.

READ | City of Tshwane to be placed under administration

The municipality has been run by the DA since 2016 after striking a deal with the EFF and forming a coalition with smaller parties.

Last month, the second DA mayor, Stevens Mokgalapa, stepped down under a cloud of scandal, similar to his predecessor, Solly Msimanga, who resigned ahead of the 2019 national elections.

Council also failed to pass its adjustment budget, which had to be done at the beginning of March.

The DA has criticised the move and is challenging it in court.

The committee listed a series of reasons behind its decision to back a move towards a by-election in the metro.

These included not being able to pass budget, not being able to make decisions because the council couldn't sit through a session, a leadership vacuum in both the executive and legislature, ward committees not being constituted, service delivery challenges, as well as the inability to develop and initiate an integrated development plan.

Dodovu flagged the provision of quality water, refuse removal and electricity, especially in townships in Tshwane, as issues.

"At the centre of the decision taken by the committee was to ensure that the residents of Tshwane receive quality service delivery which the municipality can't provide currently as a result of its dysfunctionality and leadership vacuum," said Dodovu.

The City will have 90 days to hold by-elections, a task that has to be administered in the wake of the global coronavirus outbreak which has hit the country.

We live in a world where facts and fiction get blurred
In times of uncertainty you need journalism you can trust. For 14 free days, you can have access to a world of in-depth analyses, investigative journalism, top opinions and a range of features. Journalism strengthens democracy. Invest in the future today. Thereafter you will be billed R75 per month. You can cancel anytime and if you cancel within 14 days you won't be billed.
Subscribe to News24
Related Links
Cogta committee backs dissolution of embattled Tshwane council
City of Tshwane closes amenities amid global outbreak of coronavirus
Tshwane battle: ANC, DA in court next week
Next on News24
BREAKING NEWS LIVE | Western Cape High Court declared safe after bomb threat