New traditional courts bill 'everyone can live with' 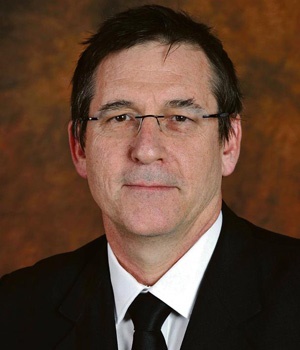 Cape Town - While not everyone will agree with the new version of the Traditional Courts Bill, it is one “everyone can live with”, Deputy Justice Minister John Jeffery said on Monday.

The department hoped to have it introduced in Parliament by the end of the week, Jeffery told reporters.

An earlier draft of the bill was rejected in 2016, following criticism from opposition parties and women’s rights groups, who said it trampled on the rights of women, especially in rural areas.

Jeffery said updated bill had taken time to finalise due to extensive discussions about issues including the rights of women. It was published on the justice department’s website on Monday.

He expected that not everyone would be happy with the legislation because of customary law and its place in a modern, industrialised society.

“We hope we have produced a bill that has great support. But we want a bill that people can at least say they can live with, on all sides,” he said.

The bill promotes and encourages the involvement of women, rather than enforcing it. While women would be allowed full participation, some might choose not to, and could thus not be forced.

The bill’s objectives are to affirm the values of customary law in the resolution of disputes, based on restorative justice and reconciliation, and to align them with the Constitution.

It seeks to facilitate the voluntary and meaningful participation of all members in a community in a traditional court, to promote the rights enshrined in Chapter 2 of the Constitution.

“Yes, we do need the legislation. Because this practice is still going on as we speak. Cases are brought to traditional courts as we speak.”

He said they were trying to create norms and standards for handling such cases.

People still believed in the traditional way of life and respected their traditional leaders as custodians of the culture and traditions, he said.

Traditional courts would deal cases including assault where there is no grievous bodily harm, trespassing, crimen injuria, and even allegations of witchcraft.

Courts would not mete out fines, but will award compensation up to a proposed R5 000 threshold.

Lucky Sunday for 3 Daily Lotto players
Full list of lottery results
Lockdown For
DAYS
HRS
MINS
Voting Booth
Children between 12 and 17 can now be vaccinated against Covid-19. As a parent I am:
Please select an option Oops! Something went wrong, please try again later.
Relieved, it's been a long wait to this point
50% - 2577 votes
A bit hesitant, and will wait to see how it goes
21% - 1096 votes
Completely against my child getting the shot
28% - 1434 votes
Previous Results
Podcasts
PODCAST | My Only Story: Fiddling, sex jokes and flirting – another water polo coach exposed