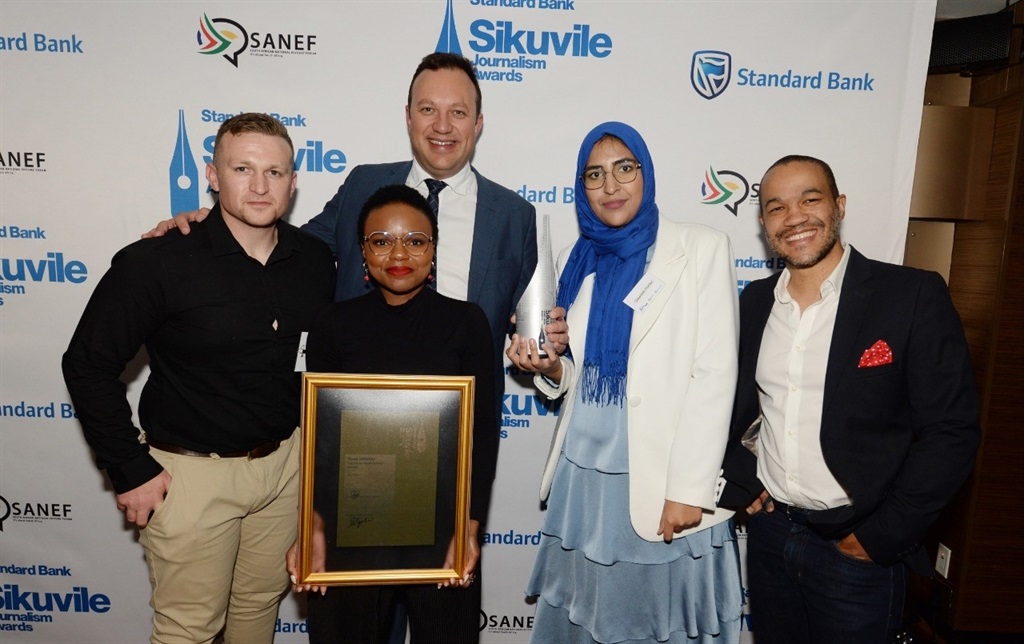 News24's live coverage of the unrest in KwaZulu-Natal and Gauteng in July last year won the hard news award at the Standard Bank Sikuvile journalism awards on Saturday night.

The unrest, following the imprisonment of former president Jacob Zuma for contempt of court, claimed the lives of 337 people and saw about R20 billion lost to the country's economy.

News24's journalists in KwaZulu-Natal and Gauteng covered the large-scale looting and violence that engulfed these provinces for eight days in July.

The 'role' of media

The story of the year award went to Daily Maverick's Pieter-Louis Myburgh for his investigation into the Digital Vibes scandal implicating former health minister Zweli Mkhize.

Former Cape Times editor Tony Heard won the Allan Kirkland Soga lifetime achievement award for his contribution in exposing the apartheid state, including interviewing the late ANC president OR Tambo while the party was still banned.

Bhekisisa editor Mia Malan received the columnist award for her opinion piece on Omicron travel bans and Netwerk24's Willemien Brümmer walked away with the features award for her writing on Covid-19.

"You don't give yourself enough credit for the role you played," said Fuzile, who was director-general of National Treasury during the state capture era and resisted attempts by the Guptas to take control of the fiscus.

News24, in the last month, also won the following awards:

News24 and My Only Story's podcast won gold at the New York Festivals Radio Awards and scooped the best podcast of the year award at the prestigious One World Media Awards in the United Kingdom. News24 also won second place at the 2022 INMA Global Media Awards and received four mentions for various special projects.It was announced last week that for the fourth consecutive year, the Reuters Institute for the Study of Journalism has named News24 as South Africa's most trusted news source.