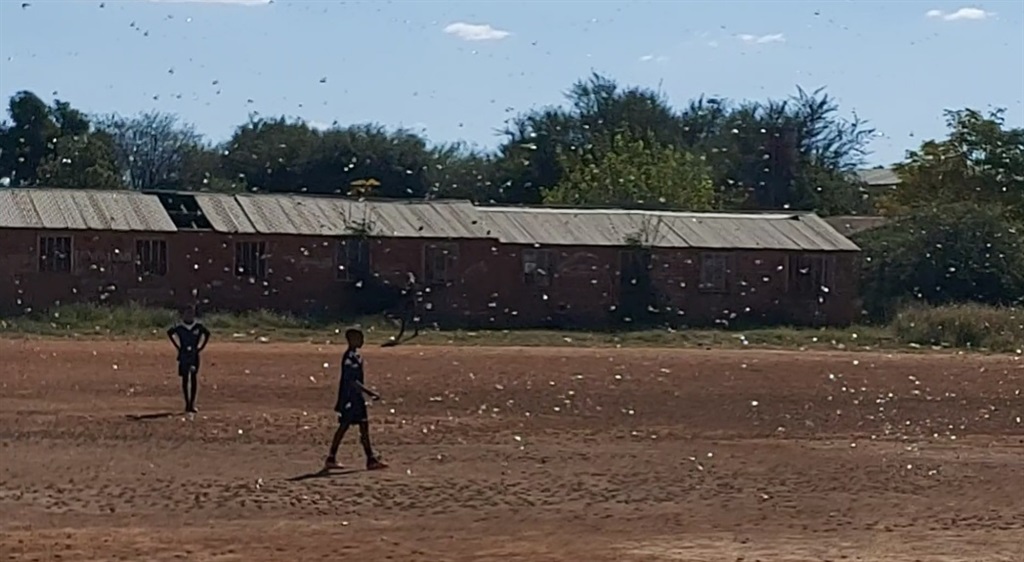 Residents of Northern Cape towns have been asked not to panic over clouds of brown locusts passing through the area.

People are requested chase away the insects and to switch off outside lights.

The locusts tend to congregate around houses and sports fields.

In one instance, locusts swarmed around a children's soccer game.

Agriculture MEC Mase Manopole said the locusts are not harmful to humans, but can destroy vegetation.

"The current strong winds are supporting the flight and spread of the locusts, especially into our dwellings," said Manopole.

Control measures are underway - but, because of the type of chemicals used, homes cannot be treated.

"However, we urge members of the public to chase the locusts away when they are spotted in their yards and also to switch off their outside lights at night."

She also asked farmers and farming organisations to inform the department about which areas the locusts are, and to work with officials on the ground to curb the outbreak.

R446k for one Daily Lotto winner!
Full list of lottery results
Lockdown For
DAYS
HRS
MINS
Voting Booth
When and why would you have your or your partner's sperm count checked?
Please select an option Oops! Something went wrong, please try again later.
That's an unnecessary procedure
16% - 953 votes
As soon as we decide to start a family
7% - 424 votes
Only if we're struggling to conceive
76% - 4400 votes
Previous Results
Podcasts
PODCAST | The Story: Racism rife in South African schools