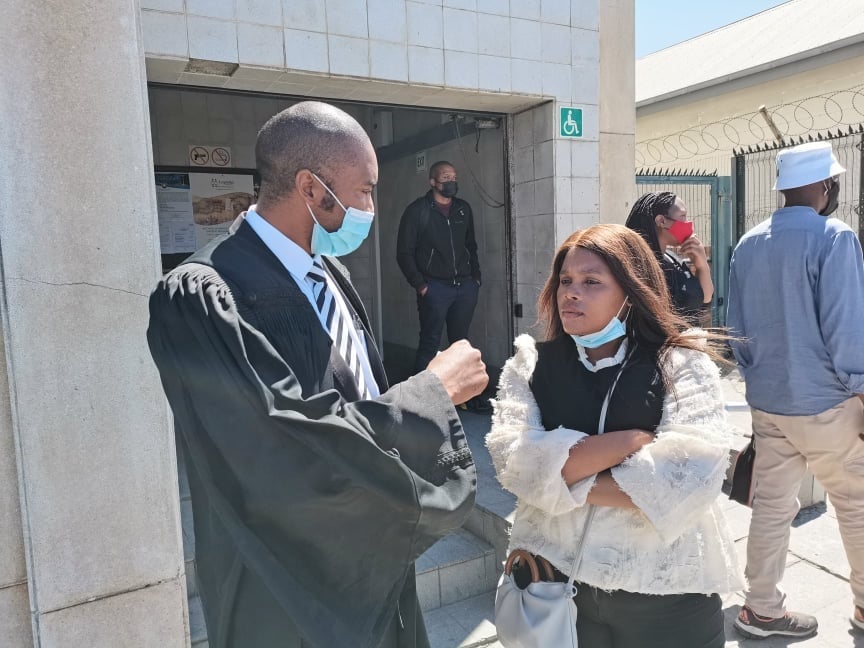 The Walter Sisulu University (WSU) student accused of stealing R14 million of NSFAS money maintained her innocence, despite admitting to the court that she blew R820 000 at 48 merchants in 73 days, after having picked up the error.

Sibongile Mani stands accused of theft for spending a portion of the millions credited into her student account on 1 June 2017.

The then accounting student was due to receive her monthly R1 400 food allowance, but because of what was described in court as a "ridiculous and absurd technical glitch", R14 million was credited to her account.

The State charges that Mani failed to report the error and embarked on a spending spree.

According to the State, between 1 June, when the money landed in her account, until 13 August, when NSFAS uncovered the error, she had spent an average of R11 000 per day.

The money was transferred by Cape Town-based company Intellimali, which was contracted by WSU to disburse funds to its students.

On Tuesday, the State prosecutor in the four-year trial, advocate Luthando Makoyi, said Mani had admitted to many aspects of the indictment.

During closing arguments, Makoyi told the magistrate, Twanet Olivier, that Mani admitted she spent the money at 48 merchants in the Eastern Cape, Johannesburg and Pretoria.

Makoyi added that Mani should be convicted of theft, saying she knew the money was not hers, but spent it.

He told Olivier that Mani admitted her student card was eventually blocked when the error was noticed.

The case is not about how the credit was spent. It's about theft, and we are arguing against [the] theft charge. I am not guilty of theft.

Mani's lawyer, Asanda Pakade, argued in court that there was no intention on his client's part to acquire R14 million, nor to permanently deprive NSFAS of its property intentionally. Therefore, there was no theft.

Pakade submitted an application for Mani to be discharged at the conclusion of the State's case, saying it had failed to prove beyond reasonable doubt that she stole the cash.

Pakade said Mani signed a loan agreement with NSFAS to receive a monthly allowance of R1 400 and had no expectation of R14 million.

There was a mutual agreement between Mani and NSFAS. She never breached systems or made misrepresentation. The R14 million transfer was an error on the side of NSFAS.

Pakade said that, when she noticed the erroneous transfer, Mani reported the incident to NSFAS and Walter Sisulu University.

Pakade said this behaviour was not consistent with theft and, therefore, Mani could not be convicted.

If you receive money, you are not entitled to spend it, knowing that you're not meant to receive it, you are guilty of theft.

Makoyi said the fact that Mani admitted she reported the erroneous transfer was an admission that she knew she was not entitled to the money she spent.

Pakade responded that there was a pre-existing agreement between Mani and NSFAS - and that the entity expected her to repay whatever amount she used upon finishing her studies and securing employment.

He added that Mani's case had unique features, which set it apart from other theft cases.

The entire evidence that was placed before you [by the State] is nothing short of evidence that seeks to invoke the feelings of the court by telling you how the money was spent - which is not the issue. The issue is whether the accused committed theft, intentionally stole from NSFAS.

Responding to the dismissed application outside the court, Pakade said: "It's just a temporary inconvenience. We are still very much optimistic about our case, very much confident. When we return, we know that we will put this matter to bed.

"We still believe the State doesn't have any case against our client. When we come back, rest assured that we will get an acquittal."

Intellimali director Roy Jackson had testified in court that the erroneous transfer was believed to have been caused by a technical glitch.

When he was asked why he opened a case of theft against Mani, he argued that his company lost a lot of money as a result of Mani's expenditure.

Olivier postponed the trial to 4 November.