NSFAS theft trial: Student will not take the stand in case she incriminates herself, court hears The lawyer of the Walter Sisulu University student accused of stealing a portion of R14 million from NSFAS reminded the East London Regional Court of evidence before the court which revealed auditing firm Ernst & Young and others cleared his client of wrongdoing following investigations in 2017.

Asande Pakade said this during closing arguments on Thursday in the lengthy four-year theft trial of his client, Sibongile Mani.

Mani was arrested in May 2018 by the Hawks' Serious Commercial Crime Unit after she used more than R820 000 when R14 million was erroneously credited into her student account on 1 June 2017.

The question posed by the State, of why she spent money that did not belong to her without the owner's permission, will never be answered after Pakade refused to allow her to take the stand on Thursday, fearing she would incriminate herself.

The theft case was opened by Intellimali - a Cape Town-based company responsible for disbursing student funds on behalf of universities.

She was only entitled to a monthly R1 400 meal allowance.

The State charges that she immediately embarked on a spending spree, blowing R820 000 in 73 days.

Mani had a loan agreement with NSFAS which entitled her to the monthly meal allowance.

Pakade reminded magistrate Twanett Olivier that Intellimali director Roy Jackson cleared Mani of any wrongdoing during his own evidence two years ago. 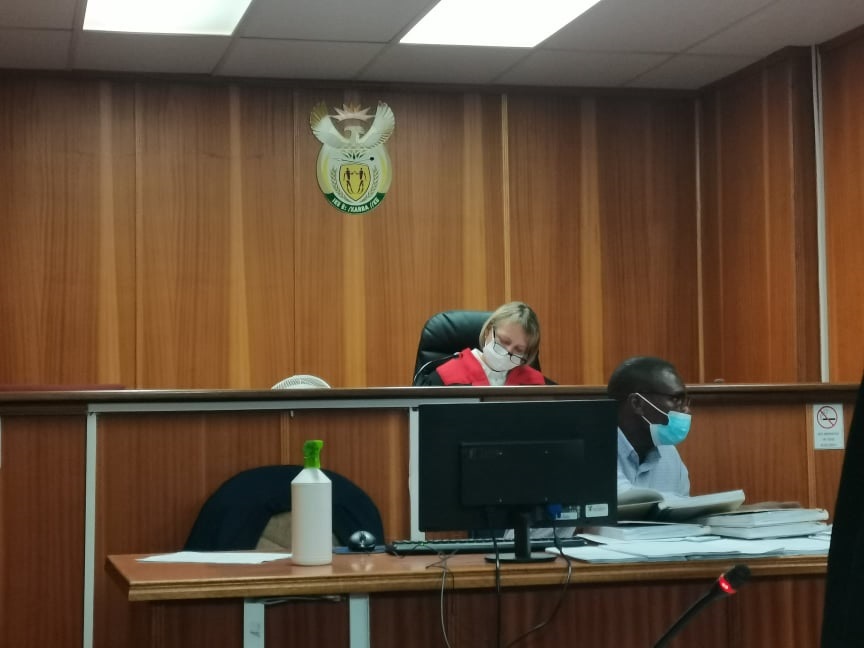 "I hear my learned colleague is talking about Intellimali having hired auditors to investigate the error. He fails to also recall that those auditors Ernst & Young cleared my client," she said.

Giving evidence on 1 August 2019, 62-year-old Jackson told the court the Public Protector, auditors Ernst & Young, and the Department of Higher Education and Training investigated how Mani got the R14 million, but they could not find out who was at fault.

Jackson told the court the erroneous payment was due to a systems error caused by a "ridiculous or absurd" technical glitch, or a hacker.

When he was asked by prosecutor Luthando Makoyi why he decided to open a criminal case against Mani, Jackson told the court it was because Intellimali suffered financially because of her failure to report the error immediately.

He said not only did Intellimali transfer R820 000 used by Mani to the university, it hired Ernst & Young for R500 000 to launch an investigation that did not hold anyone to account.

Despite damning evidence against Mani, the defence pulled an unusual move.

It closed its case on Thursday without even once allowing the accused to give evidence and be cross-examined.

During closing arguments, Pakade told the court the State failed to prove beyond reasonable doubt Mani had intentions to permanently deprive NSFAS of its money.

He added he would not help the State prove its case by allowing it to cross-examine his client.

The accused has no duty to assist the case of the State to prove beyond a reasonable doubt that she committed theft.

It was trial procedure an accused might decline to take the stand, he added.

"Seemingly your worship, the State was looking at an opportunity to have the accused take the stand and incriminate herself to allow the State to prove its case beyond any reasonable doubt. That is not her duty."

Makoyi told Olivier the possible reason the defence was refusing to allow Mani to enter the witness box was because it could not explain why she spent the money, knowing it was not hers.

Makoyi asked the court to find Mani guilty of theft.

The court also heard Mani claimed she used the money to feed needy students at the university as she was an activist.

On Thursday, the State furnished the court with Mani's spending habits from the day of the deposit, which appeared to tell a different story.

Makoyi revealed to the court from the moment Mani received the money on 1 June, she spent it without skipping a day until the card was blocked on 14 August when the error was picked up by Intellimali.

Makoyi added on the fourth day she spent R22 914.41 and this was the same pattern she used until 14 August.

"Her actions, your honour, looking at her conduct, she was hell-bent to spend all the amount before the glitch could be discovered," he said, adding this behaviour was not consistent with an honest person.

Judgment is set for 17 November.

Here are the Daily Lotto numbers
Full list of lottery results
Voting Booth
Are you going to keep wearing a mask following the announcement that it is no longer required under law?
Please select an option Oops! Something went wrong, please try again later.
No ways, I'm done
5% - 6223 votes
Yes, I still want to be cautious
90% - 107562 votes
Only certain circumstances
5% - 5541 votes
Previous Results
Podcasts
PODCAST | The Story: We unpack the Eastern Cape tavern tragedy