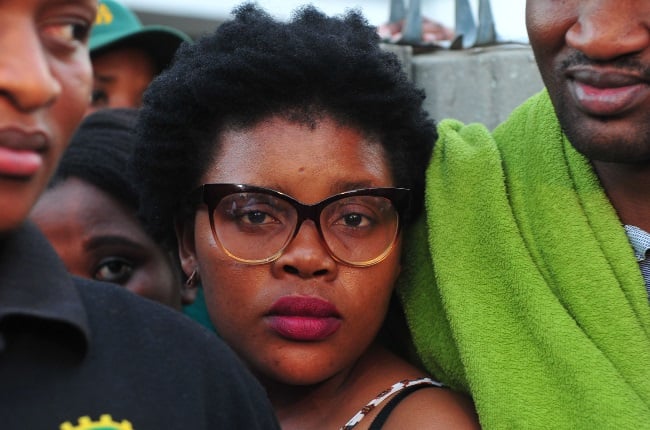 Convicted NSFAS funds thief Sibongile Mani has been denied leave to appeal her conviction relating to a R14 million accidentally credited to her in 2017.

The East London Magistrate's Court, however, has granted her a leave to appeal her five-year sentence.

Magistrate Twanette Olivier found Mani guilty of stealing R818 000 of the funds in the East London Regional Court on 7 February 2022.

She was only entitled to an allowance of R1 400 for food, and failed to report the R14 million that was erroneously credited to her account.

She instead embarked on a spending spree.

After being sentenced to five years in prison on 30 March, Mani brought the application for leave to appeal both the sentence and conviction.

The National Prosecuting Authority (NPA) said Mani's sentence was subject to the provisions of Section 276(1)(i) of the Criminal Procedure Act, meaning she would have to serve one-sixth of the sentence in custody.

After which, subject to the discretion of the commissioner of correctional services, she might be released to serve the rest of the sentence outside, by conditions the commissioner might deem fit, said NPA spokesperson Luxolo Tyali.

The court found the State had proven its case beyond a reasonable doubt and no other court could arrive at a different verdict.

Mani knew her actions were unlawful and therefore had the intent to commit theft, Olivier said during the sentencing.

She also chastised Mani for not taking the court into her confidence as she declined to testify during the trial, choosing to exercise her right to remain silent.

As a result, the court predominantly relied on the evidence of the State to make a judgment.

It found the State's evidence and version of events to be truthful and reliable.

Mani remains out on bail.