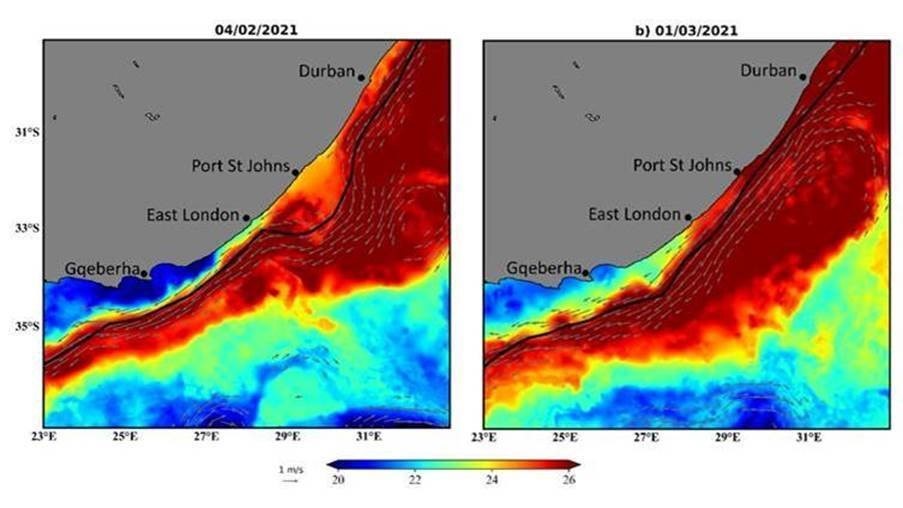 The washout of the dead fish and molluscs was observed on the East and South Coast in the past week.
National Oceans and Coastal Information Management

The fisheries department has warned against eating fish and shellfish washed up on the East and South Coast of South Africa.

A marine heatwave seems to have killed them, rendering them poisonous for eating.

"Some of the fish may have been dead longer than thought, some of the unfamiliar ones may be toxic and it is not clear yet whether the anomaly also resulted in 'red tides' or harmful algal blooms (HABS)," the department said.

The washout of the dead fish and molluscs was observed on the East and South Coast in the past week.

The department explained that the marine heatwave and species "walkout" coincides with a very large Agulhas Current meander - an offshore deviation of the current.

"The Agulhas Current meanders are associated with complex and drastic changes at the coast, with changes in temperature, ocean currents, water level and biochemistry of the water, subsequently leading to fish mortalities," the department explained.

"During the earlier stages of the 'marine heatwave' reports were received of fish swimming away from warm water as well as of seaweed bleaching on parts of the coast. With cold water intrusion, fish and invertebrates (shellfish) suffered thermal shock (froze) with many lying stunned in the shallows, some too weak to avoid being washed out on the shore."

In February and March, water temperatures were 24°C and above throughout much of the East and South Coast.

This was followed by an upwelling of deep water with a 10°C to 15°C difference between cold and warm water at the coast.

This occurs four to five times per year in the northern Agulhas Current system but only once or twice a year near Gqeberha as they weaken on their way south. Their occurrence is irregular.

Here are the Daily Lotto numbers
Full list of lottery results
Voting Booth
Have you and your family been counted in Census 2022?
Please select an option Oops! Something went wrong, please try again later.
Yes
48% - 2720 votes
No
52% - 3003 votes
Previous Results
Podcasts
PODCAST | The Story: How one incident at Stellenbosch University sheds light on deeper issues