Man killed, over 40 arrested as police conduct blitz in Krugersdorp

Police arrested two men after a shootout with alleged illegal miners in Krugersdorp on Tuesday morning.

The officers were supported by the police's air wing which was monitoring developments in the bushes from a helicopter above.

"We are happy that we picked up the right guys," said Mawela.

Earlier in the morning, a man was shot at a disused mine in Luipaardsvlei, which is about 10km from West Village, where many of the illegal miners in Krugersdorp are believed to be based.

It is alleged he drew a weapon on police officers who shot him.

"Medics assessed the patient and found that he had sustained fatal injuries and was declared deceased on the scene," Netcare911 spokesperson Shawn Herbst told News24.

A contingent of officers from specialised policing units, including the Tactical Response Team, Flying Squad, K9 Unit and Hawks, moved between several locations as they searched for illegal miners. 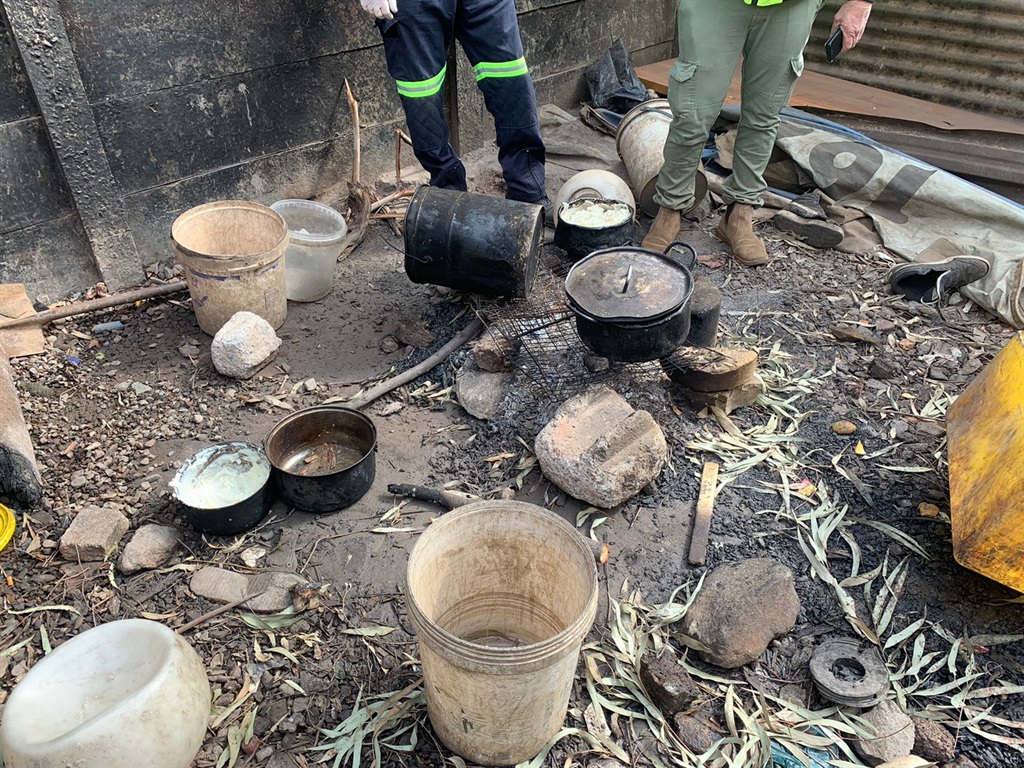 Police raided a camp believed to be used by illegal miners in Krugersdorp, Gauteng.
News24

Colonel Dave Davis from the police's Serious Organised Crime Investigation Unit said the operation was planned "because of all the zama zamas taking over the West Village and the region of Krugersdorp".

READ | 'We are petrified,' say residents of Krugersdorp village where 8 women were raped at music video shoot

According to Davis, about 42 people were arrested by midday and dozens of cellphones seized. Gold-bearing ore was also recovered.

None of the more than 120 people, who were arrested in Krugersdorp recently, have been directly linked to the rape of eight women last week.

Cele said the operation was not only launched in reaction to the rape and robbery of the women in Krugersdorp last week, but it was also aimed at addressing criminality in the area, including the proliferation of illegal firearms and theft of copper cables.

"We need to find those people [the rapists], but this operation is not just to respond to that [incident]."

He added it was clear the men who were arrested were not illegal mining masterminds.