OPINION | Tumult at UCT Part 2: The dangers of allowing the thought police to take over 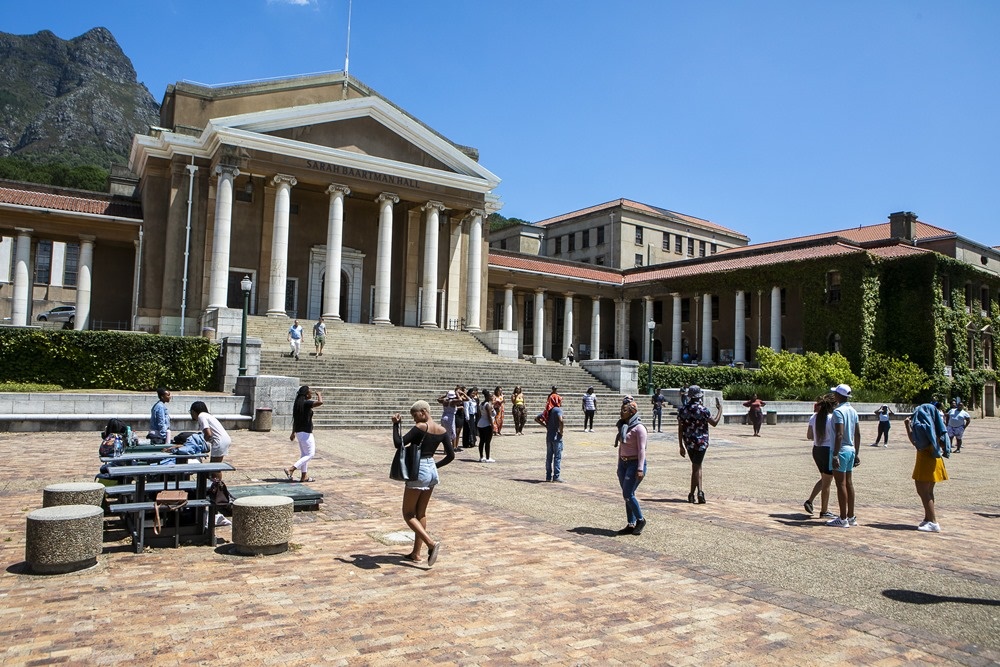 A general view of the University of Cape Town.
Gallo Images/Jacques Stander

Nicoli Nattrass considers some of the implications of the reaction to her commentary for the University of Cape Town as an institution of knowledge, learning and debate. Read part 1 here.

The tumult over my two-page commentary in the South African Journal of Science (SAJS), reporting exploratory research into student subject choice at the University of Cape Town (UCT), has filled me with dismay.

I have been no stranger to having my work challenged and questioned over the years – in fact, I welcome that process as it inevitably results in a stronger end-product – but it's the rush to judgement and condemnation without any kind of discussion that deeply concerns me.

People are entitled to strong opinions. I respect the passion that can drive engagement. But, particularly in an impassioned context, university leaders have a responsibility to protect the space for reasoned debate. UCT's "Executive" instead appears to have been pushed into the kind of condemnation that shuts down this space. This poses grave dangers to the university.

In Part 1 of this piece, I explained the background to why I wrote the commentary. In this Part 2, I consider some of the implications of the reaction to my commentary for the university as an institution of knowledge, learning and debate.

The BAC and the changing establishment

The current tumult was propelled by a document written by UCT's Black Academic Caucus (BAC) in response to my commentary.

What is the BAC? To the best of my knowledge, it does not disclose its membership or office-holders. It is important to emphasise that some presumed BAC members are leading scholars and colleagues, who are widely valued outside of the BAC.

But as an organisation, the BAC is secretive. Its constitution seems to reserve membership to applicants who are approved by its leadership. Its statements are unsigned. It is not clear whether statements made in its name represent the views of all of its members or a faction or individuals within it, or what processes the BAC follows before issuing their calls for action.

The BAC certainly has influence. In 2017, it signed a Memorandum of Understanding with UCT in which the university leadership committed to consulting with them and undertook to discuss privileged representation for the BAC on UCT's Council, Senate and other structures.

As the university's senior ranks have transformed, so former or current BAC members have become heads of department and moved up into more senior leadership positions. One of UCT's three current DVCs was vice-chair of the BAC until her appointment as DVC. The founder and first chairperson of the BAC is now Dean of Humanities.

The BAC is not all-powerful. Its nominee for a second DVC position was shortlisted but not appointed (whereupon the BAC joined its nominee in taking UCT to court, unsuccessfully). This professor does, however, chair the university's Academic Freedom Committee and co-chaired the working group established to review curricula.

Over time, the BAC appears to have been transformed from being a disruptive (and often productive) movement from below into a secret network (including individuals with executive power) institutionalising a new hegemony – not unlike the secretive, influential and highly divisive Afrikaner Broederbond in the past (which is not to say that they share the same ideology).

When the BAC passed summary judgement on my commentary, demanding that it be withdrawn from the journal, UCT's "Executive" was quick to endorse their depiction of my research as conceptually and ethically flawed.

The BAC's statement gives the impression that only research acceptable to them should be permitted – and even this is not entirely clear, because what needs to be done first is to "address the socio-economic inequalities that prevent black people entering this field, the historical deprivation of access to land, the violence of colonial biological sciences and the denial of the deep spiritualities of the land and its ecologies in the biological sciences".

I have no doubt that some members of the BAC will raise eminently reasonable criticisms of my commentary. The BAC statement itself raises issues that – I acknowledge – need to be taken seriously. These should be raised and debated between scholars, both within the university (through seminars) and more broadly (through the pages of journals)

But when the book-burners are throwing the work into the fire, it is impossible to have reasoned debate over what is contained within the pages.

This is why it is essential that the university leadership acts to protect the space for reasoned debate rather than to shut it down. What bothers me most about the furore about my commentary is that the UCT "Executive" effectively fanned the flames with its public statement. As presumably intended, the statement was widely picked up in the media, some of which published the "Executive's" accusations (including errors) without contacting me for my opinion or response. This of course reflects the inequality of power between those in charge of a major institution and an individual scholar.

What does this mean for UCT as a university?

Imagine for a moment a "university" where a nameless and unaccountable cabal polices scholars' research, pushing a similarly nameless university "Executive" into public condemnation and disciplinary action against offenders. Whilst stopping short of book-burning itself, this dystopian university leadership effectively endorses the book-burning project – and instructs research ethics committees to prohibit research that deviates from the approved line. This imaginary university establishes an Office for Thought Purity, staffed by censors who check draft articles and lectures, deleting whatever offends their rulebook.

When students in class ask challenging but deviant questions, lecturers are instructed to rule them out of order and report the students for corrective re-education. Students are encouraged to report on other students as well as lecturers, and to vilify dissidents. University leaders put pressure on external journal editors to reject or retract any research by scholars that slips through this imaginary university's own controls, publicly shame the scholars concerned (misrepresenting their scholarship) and threaten or initiate secretive processes of disciplinary action against them. In this university, rule by thought police chills and eventually freezes independent research, teaching and debate.

In its actions over the past week, the UCT Executive has in my opinion, and in that of others, taken dangerous steps down the road to this potential future. Is this fanciful? Unfortunately, far too much of the previous paragraphs describes what UCT's "Executive" has already done in my case.

One of the most important responsibilities of a university's leaders is to facilitate scholarship that probes questions through a range of methods. Scholars should be encouraged to employ diverse approaches and paradigms that generate and make sense of different kinds of evidence, free from ideological or racial intolerance or political interference. A healthy university requires that scholars engage with each other, revising their arguments in light of this engagement.

The furore over my commentary provides an important opportunity for scholars and students at UCT and elsewhere to have constructive – and critical and self-critical – discussion about a range of important issues.

The UCT "Executive" has undermined, not facilitated, such engagement.

UCT is still a great university. It has many brilliant scholars, black and white, South African and international. I am proud to be a professor at the university.

I am also proud of the transformation that has happened since I first arrived at UCT as an Honours student almost 40 years ago. And I look forward to further transformation.

In particular, I look forward to working in both economics and conservation biology alongside a more diverse set of colleagues, black and white, from across South Africa and Africa as a whole. UCT will be a much stronger university when its professoriat and its student body are more diverse in all disciplines, employing multiple and innovative methodologies and paradigms.

My research was exploratory. It is certainly not above criticism.

I – and other scholars – will take on board constructive feedback and proceed to do better research. I appreciate that colleagues and many others have been offended by my commentary, not only because of misunderstandings and misrepresentations. I regret wholeheartedly any hurt that I have unintentionally caused through my commentary.

Some of my colleagues are, through respectful and robust discussion, engaging with me, discussing how research can be improved, helping me to understand better why they were offended and how I might have communicated more clearly.

Above all, I cannot and will not apologise for suggesting that the actions of the UCT "Executive" are a threat to the university itself and to its standing in the world.

We live in a world where facts and fiction get blurred
In times of uncertainty you need journalism you can trust. For only R75 per month, you have access to a world of in-depth analyses, investigative journalism, top opinions and a range of features. Journalism strengthens democracy. Invest in the future today.
Subscribe to News24
Related Links
IN THEIR OWN WORDS | UCT furore: Nattrass talks transformation, black academics say racism remains
OPINION | UCT doesn’t take charges of racism against black academics seriously
OPINION | Professor Nicoli Nattrass: Tumult at UCT Part 1 - the challenges of transformation
Next on News24
LIVE | Covid-19 in SA: Death toll hits 87 216 as cases rise by 578