Phishing: Impersonating officials and what to do about it 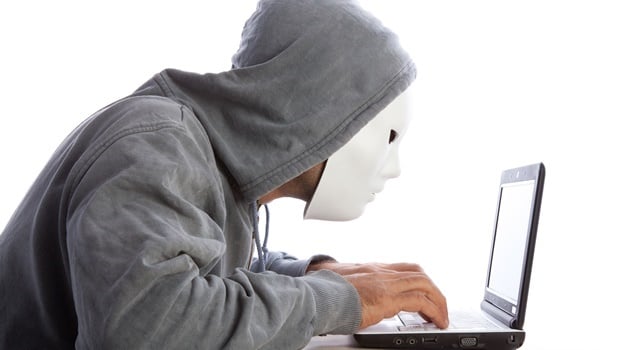 Government departments have warned businesses against being fooled by email scams for some time.

But the economic hardship from the coronavirus lockdown has increased the number of fraudulent emails circulating online.

Even the World Health Organisation has warned the public about fake emails sent in its name.

The problem with the fake emails is that cybersecurity is not a priority.

This means that, if one person in the corporate ecosystem lacks the necessary security and opens a dodgy email or PDF document, it could affect the company's overall security.

Over the last five years, the principal at Pienaar Consulting, Maria Pienaar, has found that companies have dramatically cut their IT and security budgets, which is a problem as it opens the company to increased cyber and phishing attacks because of more gaps in their security solutions.

She explained that there needed to be more public awareness and education "like what the banks and cellphone networks have done with the scam alerts".

"Cybersecurity must be a priority from the board level down, with closer collaboration with the business side, finance department and IT," she explained.

Investigating cybercrime has increasingly become a priority for the police and the Specialised Commercial Crimes Unit of the Hawks, which handles cybercrime and has trained over 3 000 members between 2017 and 2019.

In the 2018/19 financial year, the Hawks successfully investigated 104 cyber-related cases out of a total of 130 complaints – almost all of it leading to convictions.

In its annual report, the National Prosecuting Authority (NPA) noted the successful conviction of an IT specialist, who pleaded guilty to two counts of fraud and was sentenced to 10 years' imprisonment, three years of which were suspended.

Although there has been an increase in training received by SAPS officials, Jacqueline Fick, a forensic investigator specialising in electronic fraud, believes that more needs to be done.

According to Fick, the police do not have an accurate figure of the number of cybercrime cases because "victims do not report all these instances to the police".

"Or," she said, "where the victim does report the crime, the docket is not opened. For example, a complainant is sent away, with police saying it is a commercial matter."

We live in a world where facts and fiction get blurred
In times of uncertainty you need journalism you can trust. For only R75 per month, you have access to a world of in-depth analyses, investigative journalism, top opinions and a range of features. Journalism strengthens democracy. Invest in the future today.
Subscribe to News24
Related Links
Warning: 'Solidarity Fund' WhatsApp offering grocery vouchers is a scam
Hawks arrest man for 'scam targeting the elderly'
Five men arrested in Northern Cape for alleged ATM bank card scam
Next on News24
LIVE | Covid-19 in SA: Cases rise by 4 514 as death toll goes up by 20

Here are the results for the Daily Lotto draw
Full list of lottery results
Lockdown For
DAYS
HRS
MINS
Voting Booth
Matric results are out! Are you happy with your child's result?
Please select an option Oops! Something went wrong, please try again later.
No, the pandemic really messed up their ability to focus
34% - 843 votes
Yes, they did well given the circumstances
66% - 1620 votes
Previous Results
Podcasts
LISTEN | The Inge Lotz Story - a miscarriage of justice