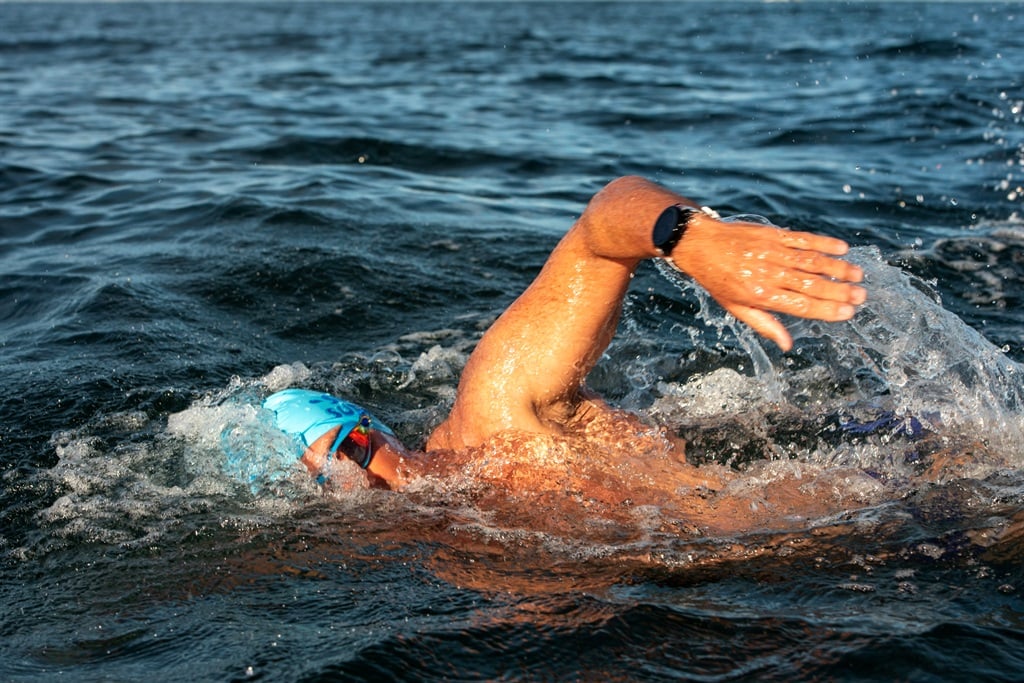 Warrington raised more than R130k for the local SPCA.

A Somerset West man has achieved his goal to swim in icy cold conditions between Robben Island and mainland Cape Town 100 times - and he did it all to raise R100 000 for the Cape of Good Hope SPCA and its wildlife animals.

What started out as a "bucket list" challenge with Howard Warrington's first swim in 2015, transpired into a life-changing adventure.

He has become the 4th person in the world to swim from Robben Island to Bloubergstrand one hundred times.

Speaking to News24, he said he was obsessed with endurance sports.

Swimming one hundred 7.4-kilometre crossings from Robben Island to Bloubergstrand took me on a journey I could never have imagined. As in life, there is no space for complacency. Each swim presented a different sea in terms of temperature, wind, currents and other factors. Nothing could be taken for granted. Only commitment and focus got me to the shore each time. The 100th wasn't different.

On the day when he completed his 100th swim, he recalled, the water temperature was 14 degrees, "very calm" and it took him two hours and thirty minutes to complete.

"I arrived at Ocean Power Boat Club in Granger Bay to embark on my ride to Robben Island, where I proceeded to climb into the water and start my swim in aid of the Cape of Good Hope SPCA about a week ago," he said,

His black and white dog Lilly was with him when he prepared for the big swim.

"Once I get up onto the island, I need to lift my arm into the air and then dive into the water and continue till I reach Blouberg. The boat is always in front of me as it guides me to the finishing line. My dog tags along in every swim. We call her our shark spotter inspector," he giggled.

Warrington raised more than R130 000 for the SPCA since he completed his goal. Warrington said he was obsessed with endurance sports and has since become the 4th person in the world to swim from Robben Island to Bloubergstrand one hundred times.
Adriaan Buys

The organisation's spokesperson, Jaco Pieterse, said it was "delighted" that there were still people in the community who care about animals and want to go the extra mile to raise funds to help animals in need.

"The funds have been raised specifically to assist wild animals within the city of Cape Town. The funding will also be used towards the operations in our wildlife department to support their efforts in the rescuing of injured, trapped or otherwise unsound wild animals that require intervention," Pieterse aid.

The SPCA said Warrington set a benchmark and raised the most money as an individual participating in a sport since the inception creation of #TeamSPCA in 2010.

When he was asked whether he would take a break from the cold swims, Warrington's response was a bold "heck no!"

"Achieving 100 crossings was fantastic, but I was back at Robben Island last week Friday to swim a double crossing of 15kms" he said. "I have and will continue to support orphanages and schools, however. We see the extent and effect of the pollution on our beaches and in the ocean. My wife Elmarie and I have made it our mission to act for animals whose habitats and lives are threatened by human action and inaction, by joining forces with the SPCA wildlife unit. We want to help to ensure that they can continue to do their lifesaving work and save as many animals as possible," Warrington added.

He recalled a memorable moment when he spotted a whale in front of him on one of his "epic swims" from Robben Island to Melkbos.

I couldn't move away without causing a possible reaction. We lay there, literally eye to eye. It was spiritual. [It] silenced my soul.

The SPCA recently celebrated its 150th birthday making it the oldest and largest animal welfare organisation in South Africa.

Pieterse said the SPCA was one of the main organisations involved in the development of the first animal protection legislation in South Africa. The Cruelty to Animals Act was passed in 1888. Warrington has raised R130 000 for the local SPCA.
Photo Supplied

"Humble beginnings saw our only mode of transport being a Benz Velo 'horseless carriage', which arrived in SA in 1896, and two bicycles that were imported from England to South Africa in 1900," he said.

A horse-drawn carriage was the only available safe form of transport for seriously injured, sick or stray animals to a centralised facility for veterinary care or safekeeping.

In April, it received the Global Excellence Award as the best animal welfare non-profit organisation (NPO) in the country by the LUXlife Pet Product and Services Awards.

The award followed also acknowledged several innovations launched in the past year.