PICS | Dramatic paws: Jack Sparrow the dog reunited with owners after being 'forgotten' on flight The family said Jack was now living his best life after his ordeal.
PHOTO: Supplied

A Cape Town family has lambasted Ethiopian Airlines after its employees seemingly "forgot" to remove their dog from the flight to France that he was on, before loading the plane for its next take-off.

The black Labrador cross, named Jack Sparrow, spent 12 hours on the plane in his "massive" wooden box after leaving Cape Town on 15 June.

The canine was expected to arrive in France the next day, to be reunited with his owner after being in the care of his owner's parents in Cape Town.

Jack flew yesterday from Cape Town on flight ET 846 to Addis Ababa to connect with flight ET 734 to Paris. He never arrived. @flyethiopian is not answering as to his whereabouts. Retweet and retweet pls until we find Jack. @Just_A_Driver24 @alfred_cabonena @BradvB4 pic.twitter.com/Ls4CKeNwPs

But when his owners arrived at the airport in France to fetch their dog, there was no sign of Jack. A frantic search commenced immediately for Jack, and the family feared the worst.

Speaking to News24, Glenda Pontes said she and her husband had been looking after the dog for the past year after their son, Shane, relocated to France. The deal was that Jack would be flown over once their son had settled in.

A message came through reporting the AVI missing, and we were told that Jack may still be stuck in Addis Ababa after missing a connecting flight, or worse possibly placed on another flight headed to a completely different destination.

She added that panic set in as her son and his wife anxiously waited for the dog at an airport in France.

"They were distraught after travelling for two hours via toll gates to get to the airport in the morning, and then having no other option but to head back home empty handed by close of day," Pontes said. Jack and his owner Shane Pontes reunited after the whole ordeal. "Transportation of pets is extremely expensive, and agencies are paid huge sums of money to ensure that these precious cargoes are delivered safely with minimal stress," she added.

The family spent nearly R47 000 to have Jack flown to France, with the flight alone costing around R10 000.

The gross weight of the crate was 60kg.

"It seems that the fault was with the company assigned to offloading the cargo," said Pontes. The family took to social media and asked travellers overseas to look out for a wooden box with a black dog inside.

Pontes said Jack was finally found, thanks to people on social media, their daughter's relentless tracking, and a network of emails, calls and prayers.

"In a crate marked with a heart inscribed 'This is the home of Jack Sparrow', a wooden crate so huge, the mind boggles as to how they could have missed him," she added.

READ | Covid-19 reunites sisters after being separated for 50 years: ‘I never thought I’d find her’

"The search for Jack continued until finally – 30 hours after leaving Cape Town, a stopover in Addis Ababa, Ethiopia, and 12 hours after the Ethiopian Airlines plane landed – it was discovered that Jack was left and forgotten in the cargo hold of the plane in a 35-degree heatwave at Charles de Gaulle Airport (in Paris)," she said.

She added that the dog had no water and food and was left traumatised following the ordeal.

"The matter is being reported to the international aviation travel authorities and relevant parties for investigation and compensation. Apparently, this is not the first case. Disgusting treatment and negligence cannot be swept under the carpet," Pontes added. 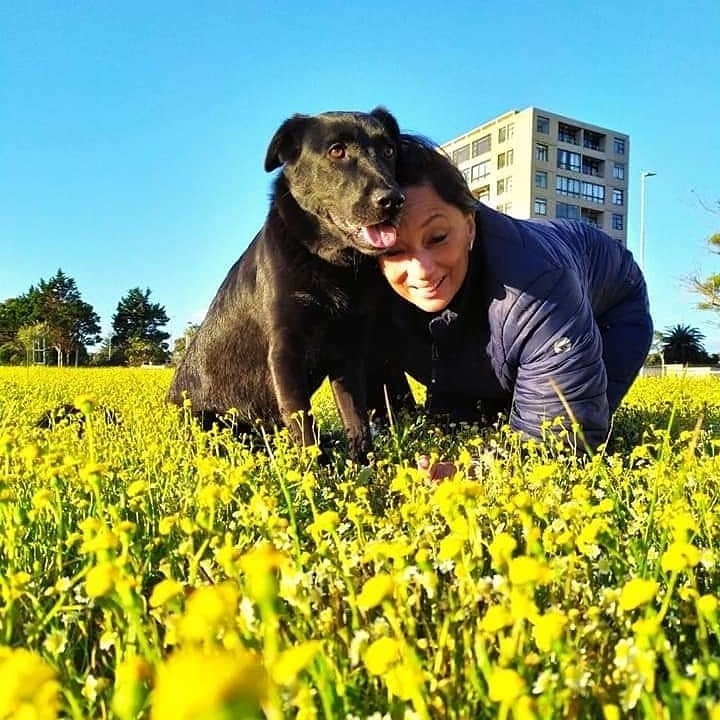 Glenda and her husband had been looking after Jack for the past year. Jack was eventually found on the plane.

"We think that the airline only saw the crate when they were busy loading the plane for the next flight. My daughter living in Saudi phoned Addis Ababa Airport to confirm that Jack had been loaded onto the plane and had left Ethiopia. She then got hold of the Goldenway pet agents in France, who had already gone home, to return to the airport to continue the search as it was confirmed that he must be there somewhere. It was a nightmare of note," Pontes said.

Jack's owner, Shane, said the family was "ecstatic" that their beloved pet was unharmed and safely back home with the family. Since the ordeal, Jack has been to the vet to be treated for injuries to his hind legs. He also suffered dehydration and trauma. The family said Jack was living "his best life", as if nothing had happened.

"We are extremely glad he is safe and with us. It's been very emotional and draining, to say the least," said Shane.

"When we arrived at the airport to eventually get Jack, it was all doggy kisses and a ball of happiness. He's had quite a journey travelling around the globe, but we are all happy he is in good spirits and living the French life," said Shane.

The family said the airline has yet to apologise for the anxiety and stress caused by the ordeal.

We have not yet received any response from the airline. It's been disappointing. Yes, mistakes happened but I at least expected an apology and a possible communication that they will do better going forward. It costs quite a bit of money to make international calls, and we've spent lots of money and time doing that while trying to locate Jack.

Attempts by News24 to get comment from Ethiopian Airlines were unsuccessful.