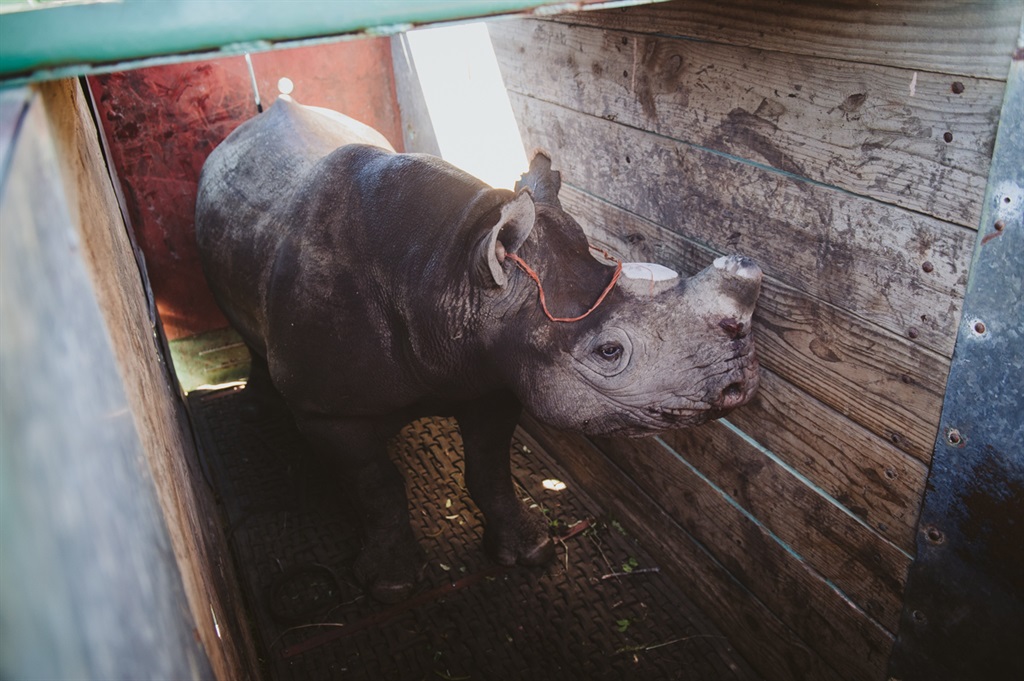 The black rhino bulls were darted, dehorned and loaded into large crates.

Having reached maturity, the animals were relocated to preserve the genetics of the Weenen and Ithala black rhino populations, and to prevent conflict between the bulls.

These young bulls need to be relocated to other reserves to protect the genetic well-being of the population. We have a resident breeding bull on reserve, and that animal should not be challenged in any way by other bulls on a property this size.

"It could lead to fighting, breakouts, and even the... death of one of the animals," he said.

The rhinos were specifically selected for relocation after a thorough assessment, Lemmer added. 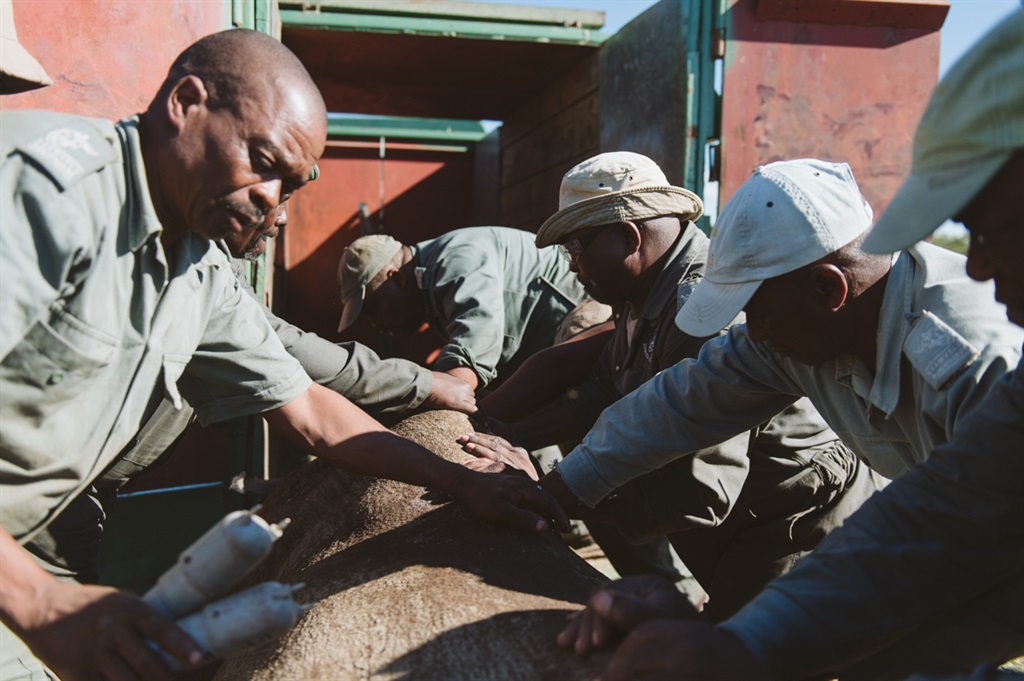 Four black rhinos have been relocated to the Bonamanzi Game Reserve.
Photo Supplied One of the rhinos being placed onto a truck.
Photo Supplied The Game Capture Unit transported the rhino via trucks safely to their new home at Bonamanzi.
Photo Supplied

The aim of the project is for Ezemvelo to partner with private and communal landowners to increase the habitat available to black rhinos.

Ezemvelo KZN Wildlife will hand over the rhinos to the landowners will be responsible for their care and custodianship.

According to the reserve, the relocation to Bonamanzi Game Reserve will not only protect existing populations but also further promote the expansion of black rhino breeding opportunities in KwaZulu-Natal.

Lemmer said the aim of the Black Rhino Range Expansion Project will ultimately promote the growth of the population.

"Black rhinos are very much at risk, which is why the breeding of these animals at smaller reserves like Weenen Nature Reserve is an important part of the population dynamic and the overall conservation of the species," he added.

Since 2003, the project has successfully created 13 new black rhino populations in South Africa.

The move is a first for Bonamanzi Game Reserve, which these bulls being their first ever black rhinos.

Prior to releasing the rhinos into their new home, Wildlife ACT - specialising in threatened species monitoring and conservation - fitted each rhino with a tracking device to ensure constant monitoring upon their release. One of the Black rhino bulls being transported to a new location in KZN.
Photo Supplied

The funding of the move came from the Black Rhino Range Expansion Project, which was carried out by Ezemvelo KZN Wildlife, Heligistix and Wildlife ACT.

Here are the Daily Lotto numbers
Full list of lottery results
Voting Booth
Have you and your family been counted in Census 2022?
Please select an option Oops! Something went wrong, please try again later.
Yes
47% - 3180 votes
No
53% - 3537 votes
Previous Results
Podcasts
PODCAST | The Story: How one incident at Stellenbosch University sheds light on deeper issues