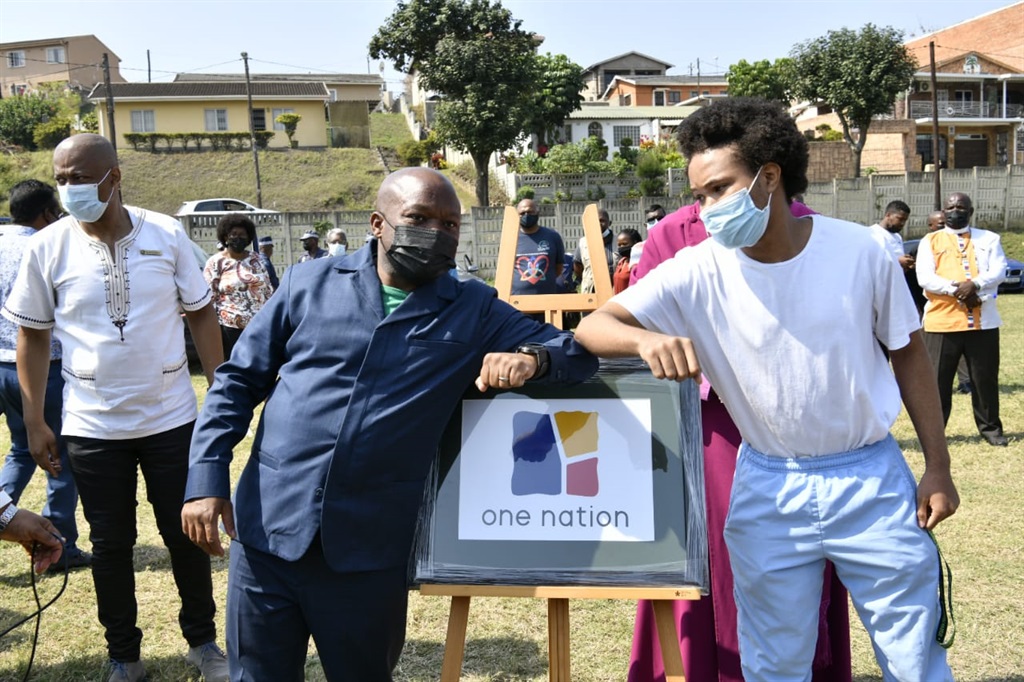 KwaZulu-Natal Premier Sihle Zikalala and other provincial officials led a peace walk in Phoenix on Tuesday to remember the people who lost their lives during the civil unrest in the province in July and to reach out to people across historically imposed barriers of race and ethnicity.

"During the tragic events of July where 300 people lost their lives in the looting and violence across KwaZulu-Natal and Gauteng, much attention was focused on Phoenix," Zikalala said.

"That criminal intent had a racial bent and we must say with one voice - African and Indian, young and old, Christian, Muslim and Hindu - that we condemn that without any reservation." KZN Premier Sihle ZIkalala at the unveiling of the One Nation logo. (@kzngov/Twitter)

The provincial government has adopted a 365-day social cohesion and moral regeneration programme as part of efforts to build a united and peaceful province.

The premier added that only through sustained peace, not through repression, violence, or the barrel of the gun, could the province manifest the promise of a free, united, non-racial, non-sexist, equal and prosperous society. The peace walk is aimed at uniting citizens while addressing violence and racial tensions. (@kzngov/Twitter) The peace walk is aimed at uniting citizens while addressing violence and racial tensions. (@kzngov/Twitter)

He also thanked those who rallied to protect their neighbours, adding that they stood firmly against violence, killing, looting, racial profiling or any other negative attitude that risks dividing people.

KZN Premier @sziks release dover in remembrance of people who lost their lives during the #KZNunrest, Each dove dedicated to a fallen soul during the #KZNUnrest pic.twitter.com/43wlKWVXx5

Zikalala unveiled the KwaZulu-Natal "One Nation" logo at the Rydalvale Sport Ground in Phoenix as a symbol of peace and unity among communities in the province.

The logo is part of a provincial government initiative to create unity and social cohesion after the civil unrest which resulted in racial tension in some parts of the province.

It was designed by Tshiamo Molehabangwe, a student from the Durban University of Technology. The designer used broken tiles as a metaphor to highlight the beauty behind how different pieces can come together and form something beautiful despite being broken. The different tiles represent diversity in South Africa and how we can rebuild together despite our differences.

Lastly, as a symbol of peace and unity, 36 doves were released to remember the death of those lost their lives during the unrest. Each of the doves carried a name of a victim.