The Desmond Tutu IP Trust has condemned the "loathsome" desecration of a Tutu mural in Cape Town, after it was discovered that someone had written "Ek is 'n k-----" on it.

The trust's acting chairperson Mamphela Ramphele said the incident spoke volumes as it illustrated the work still needed to restore humanity and that it casts a slur on South Africa's democracy.

"The Arch is about to celebrate his 90th birthday. He is the grandfather of the nation, and a global symbol of peace and righteousness. Racism is a curse South Africa must escape.

"We have enough problems on our plate, including radical inequality in wealth and living standards still largely tracking the social, economic and environmental hierarchies of the past," she said. The trust explained that, in the 1980s, at the height of the anti-apartheid struggle, Desmond Tutu was regularly threatened by "hate-mongers".

"In one unsavoury incident, in 1989, a baboon foetus was hung outside their home in an attempt, police later said, to bewitch him.

"Despite the Archbishop's consistent advocacy for non-racialism, justice, compassion and love, because of the prominence of his position in the church and the struggle, he was widely reviled in white society. If looks could kill he would have been dead many times over, he has often said."

The trust continued: "For this hatred to be repeated, decades later, by someone scrawling, 'Ek is 'n k...', on a mural of the Archbishop in central Cape Town, casts a slur on our democracy. It speaks to the work still ahead to complete the journey, his journey, to restore our humanity." 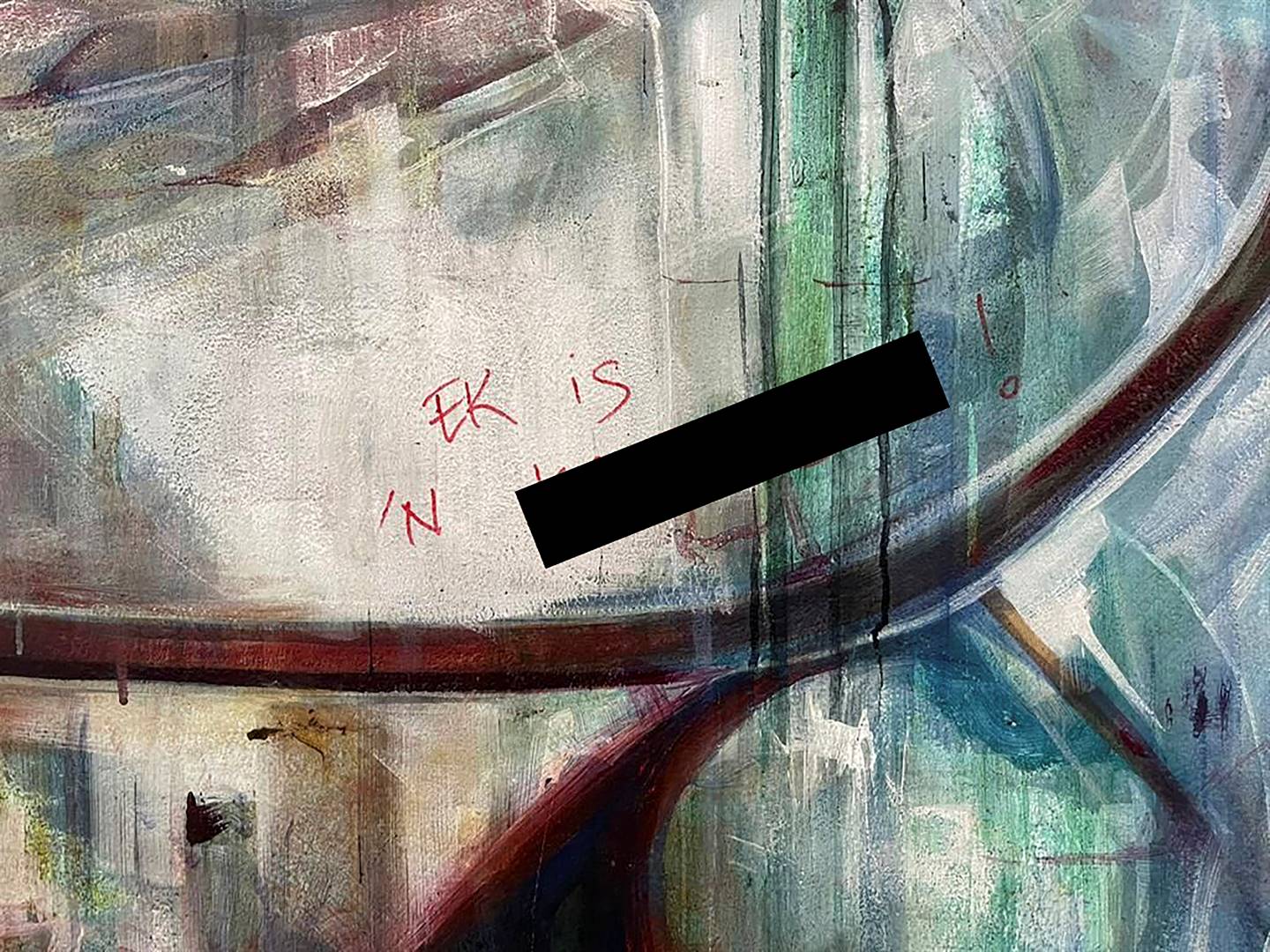 Someone has written the k-word on a mural of Desmond Tutu in Cape Town.
Adrian de Kock

Meanwhile, the GOOD party was calling for the person who desecrated the mural in Cape Town's CBD to be brought to book.

GOOD's Cape Town mayoral candidate Brett Herron said the vandal would have been filmed by the City of Cape Town's security cameras.

"The City must work with police to track the perpetrator down, and the criminal justice system must do its work to send a clear message to other racists that there are serious consequences for acts of racism and hate speech," Herron said. He added that Tutu was an advocate for non-racialism, equality and justice all his life and vandalising his mural denigrated him and other South Africans.

Herron condemned the incident, saying there was no place for racism in the world, especially in South Africa, which was one of the most unequal societies, where inequality was still defined largely by race.

"Acts of racism undermine precious unity and cohesion in a country that can ill-afford further division."

Herron said Capetonians would be horrified by the attack on the mural.

"It is incumbent on each and every one of us who calls this city home to advance common purpose and defend the principle of non-racialism," he added.

Cape Town police said no case had been registered in relation to the incident.