A military vehicle used to transport illicit cigarettes by two soldiers and an undocumented immigrant in Musina, Limpopo.
PHOTO: Supplied.

Limpopo police have arrested two SA National Defence Force (SANDF) members and a civilian, believed to be an illegal immigrant, for allegedly transporting illicit cigarettes in a military vehicle.

Police spokesperson Brigadier Motlafela Mojapelo said Beitbridge police received a tip-off about an army vehicle containing illicit cigarettes that were scheduled for delivery to an unidentified buyer in Musina on Friday.

"Police reacted by staging a stop and search operation next to the Baobab Truck Park along the N1 highway, north of Musina. The army vehicle fitting the description given approached, and the members pulled it over. Two uniformed soldiers and a civilian wearing [an] army jacket disembarked from the vehicle," Mojapelo said on Saturday. 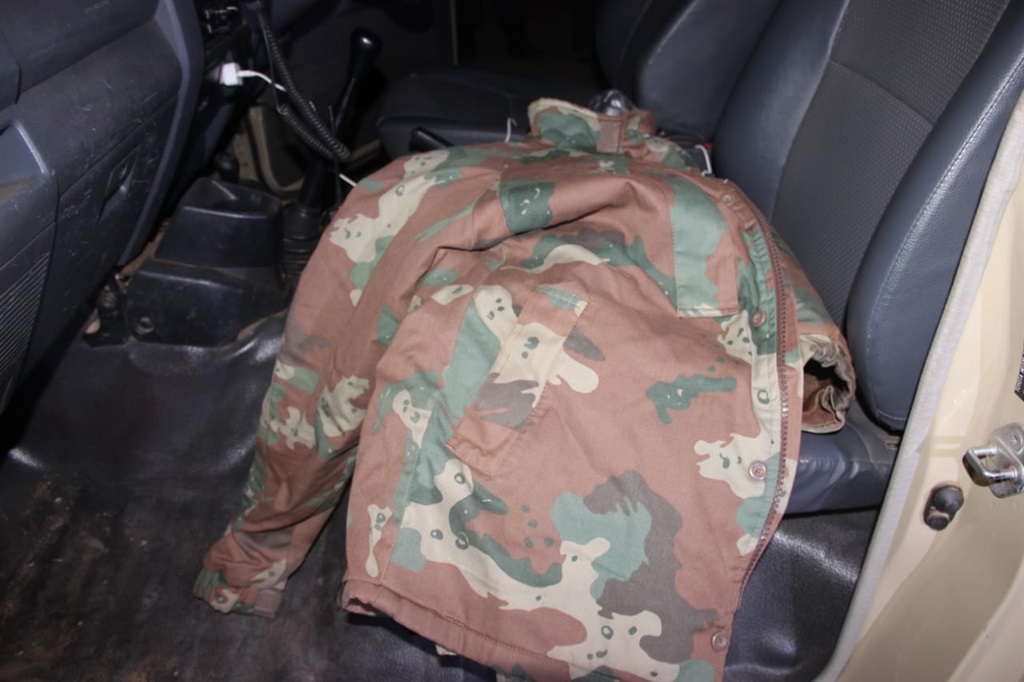 The illicit cigarette consignment worth R160 000 confiscated by police from a military vehicle in Musina, Limpopo.
Supplied PHOTO: Supplied.

Police searched the vehicle and found 12 boxes of illicit cigarettes estimated to be worth R160 000, Mojapelo said.

The civilian was detained but, according to Mojapelo, the two armed soldiers resisted arrest.

"The soldiers were later brought to the police station by their commander and were then detained. They will be charged with possession of illicit cigarettes, defeating the ends of justice and resisting arrest. The[civilian] will be charged with impersonating an SANDF member and contravening the Immigration Act."

The three are expected to appear in the Musina Magistrate's Court on Monday.

Lekker Friday for two Daily Lotto winners!
Full list of lottery results
Lockdown For
DAYS
HRS
MINS
Voting Booth
Should Covid-19 vaccinations be mandatory for employees in workplaces?
Please select an option Oops! Something went wrong, please try again later.
Yes, it is the responsible thing to do
45% - 1108 votes
No, vaccination should be an individual choice
44% - 1101 votes
No, but those who are unvaccinated should have to work from home
11% - 269 votes
Previous Results
Podcasts
PODCAST | The Story: Why did SA's security agencies fail to avert the looting chaos?