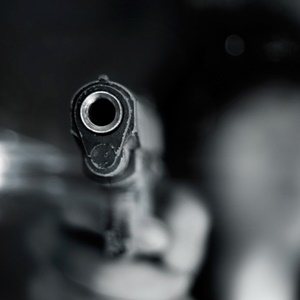 Cape Town - A security company director who is facing charges relating to a seized firearm says the weapon is in fact registered under the name of another business and he is therefore not guilty of any offence.

News24 previously established that the business, which the company director Grant Veroni said the gun is registered to, is linked to controversial businessman Nafiz Modack.

Modack was arrested in Worcester on Tuesday and faces charges of assault and robbery.

Veroni, of the Bellville-based company Skhosana Maponyane Hall Phillips and Khumalo, trading as The Security Group (TSG), appeared in the Cape Town Regional Court on Wednesday on two charges relating to the possession of an unlicenced firearm and ammunition.

TSG has twice before been the target of police and Hawks operations.

Before being arrested in October, Veroni was also taken into custody on a fraud charge relating to TSG.

This fraud case is set to be heard in Belllville.

Veroni, of Kuilsriver, was on Wednesday applying for bail in the Cape Town court. This application is expected to continue on Thursday.

On Wednesday, an affidavit by Veroni was read out in court by his legal representative, Bruce Hendricks.

In his affidavit, he said he planned to plead not guilty.

"I am charged with possession of an unlicenced firearm but put the state to the proof thereof as the evidence are clear the firearm is registered in Eagle VIP Security Companies name [sic]," Veroni said.

News24 previously reported that the company address of Eagle VIP was listed as a property in Plattekloof – an address which News24 has established is a home belonging to Modack.

Modack was present when Veroni appeared in court earlier this month.

After Veroni's appearance, police officers searched a car in which Modack had been travelling, and which was parked outside the court building.

Earlier this year, a new grouping headed by Modack started taking control of nightclub security in Cape Town from a more established grouping.

Several violent incidents and shootings have played out since the start of the takeover.

For a detailed breakdown on what has been happening in the underworld, see News24's showcase: Underworld Unmasked

Veroni's affidavit said he was employed as a security service provider and was married with five children.

It said he was previously convicted of attempted murder relating to an incident which happened during his duties as a security guard in 1997.

Veroni was sentenced to two years in jail, a sentence which was suspended for two years.

He said, however, that the conviction was expunged two years ago.

Veroni said he had not been convicted of any other crime in two decades.

In 2006, he was arrested for indecent assault and was later acquitted.

Veroni said he was arrested for assault in 2012, but that the case was withdrawn by the prosecutor.

He said he was in relatively good health, but suffered from high blood pressure.

'Rodents and diseases' in jail

Veroni said the conditions in the cells where he was being detained were putting his health at risk.

"The conditions in the cells are such that several inmates suffer from tuberculosis. The prison itself is overcrowded.

"I suffer from flea and tick bites as the living conditions are unbearable and the pesticides and rodents are all over the cell block [sic]."

He said he feared he would contract diseases and viruses if not released from custody.

Being held in custody, Veroni said, was also an emotional strain on his family.

He said, if he was released, he would not endanger the public in any way.

One is expected to be made by the investigating officer in the Bellville fraud case, in which Veroni is also an accused.

The State indicated that the fraud case was relevant to the firearm case, around which the bail application centres.

Veroni and Vincent Phillips, who also works at TSG, were previously arrested in September.

At the time, the Hawks said Veroni and Phillips were arrested on charges, including fraud and others under the Firearms Control Act.

A task team, set up by the Hawks to tackle serious threats in the Western Cape, is investigating underworld violence in nightclubs.

In an effort to get these weapons back, TSG approached the Western Cape High Court in August for an urgent order forcing the police to return the firearms.

The application was unsuccessful.

We live in a world where facts and fiction get blurred
In times of uncertainty you need journalism you can trust. For only R75 per month, you have access to a world of in-depth analyses, investigative journalism, top opinions and a range of features. Journalism strengthens democracy. Invest in the future today.
Subscribe to News24
Related Links
Underworld investigation - Hawks zoom in on grenades and ammunition
Underworld figure Modack facing robbery and assault charges in 'debt collection' debacle
Explosives, firearm discovered in Hawks ‘underworld’ search linked to murder suspect
Next on News24
LIVE | Covid-19 in SA: 13 575 new cases, 149 more deaths