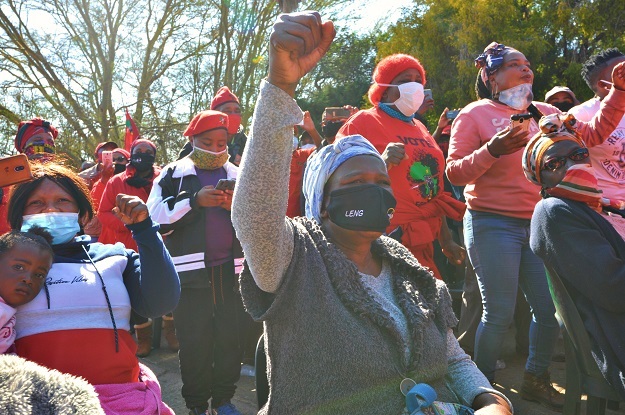 Political parties are opting out of a bid by the EFF to bring the streets of Tshwane to a standstill on Friday for a mass march to the offices of the South African Health Products Regulatory Authority (Sahpra).

News24 understands GOOD, Patriotic Alliance, One South Africa movement, Freedom Front Plus and Action SA will not be joining the march.

However, the African Transformation Movement (ATM) will be attending the event, despite the absence of its president, Vuyo Zungula.

COPE did not receive an invitation, but said it would have considered supporting the EFF, had there been an invitation.

The DA is the latest party to reject an invitation from the EFF. The party said it had declined because it did not want to endorse the irresponsible actions of the EFF, in placing the lives of many in danger via a super-spreader event.

The EFF has been vocal about marching to the regulatory body to demand that the government include Sputnik V and Sinovac vaccines in its rollout programme.

The party had invited political parties and civil society bodies to join in the march.

On Wednesday, the DA slammed the government for failing to roll out an effective vaccination programme.

It also said attending the EFF event would be worsening a dire situation by risking a mass cluster of outbreaks.

"Gauteng is already the epicentre of the third wave of infections, contributing over 50% of the new daily Covid-19 infections.

"To host a mass march like this will not only endanger the supporters and attendees of the march, but also those who they'll be in contact with, a situation which could overwhelm the health system to a breaking point for many of our healthcare workers," said the party's national spokesperson, Siviwe Gwarube.

"Politicians should not use South Africans as fodder in the battle against a government that has already let them down. It is short-sighted and, frankly, criminal.

"While we agree that many more vaccines should be in circulation, and there should be a decentralised distribution, the regulator must be allowed to do scientific work without undue political influence. Any credible regulator has to be above the political jostling that the EFF is drawing Sahpra into."

Meanwhile, SAPS said all law enforcement agencies were on board to police the march, including ensuring that compliance with regulations is in place.

EFF leader Julius Malema defended his decision to take to the streets.

He said: "I'm looking to save the lives of our people. The more people you vaccinate, the more the economy is going open, and more jobs are going to be created."