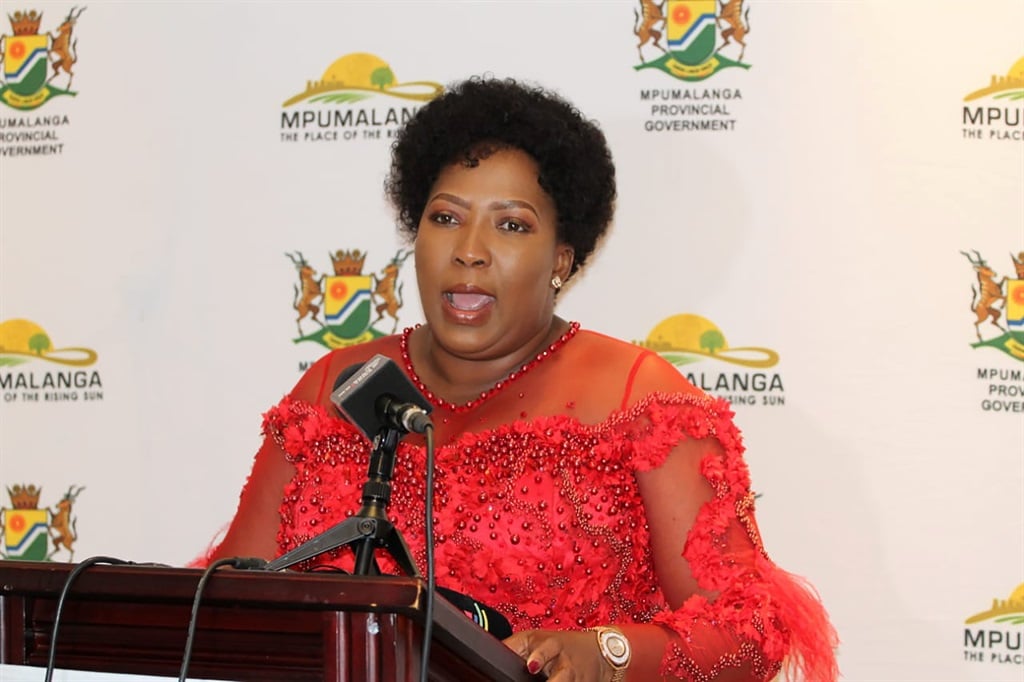 Mpumalanga Premier Refilwe Mtshweni-Tsipane says that she will await the official court appearance of the MEC arrested on murder charges and thereafter "take action".

"I view these allegations as very serious and appeal to everyone to allow the law to take its course. At this stage, I will be waiting for the official court appearance of the MEC [and] thereafter take appropriate action," she said in a statement on Monday afternoon.

This comes after news broke that a Mpumalanga MEC had handed himself to the police on Monday morning in connection with two counts of murder and one of attempted murder.

The MEC has not been named yet.

According to police, it is alleged that the 45-year-old MEC had been involved in a shooting on 22 August this year in Mbombela where two people were killed, and a third person wounded.

"His arrest brings to three the total number of people arrested in connection with this case. On 17 September 2021, police arrested Joseph Charlie Ngwenya, 35, and Tshepo Matsane, 30.

"They both appeared in court at least twice before being granted bail of R20 000 each on Friday 8 October 2021," National Spokesperson Brigadier Vishnu Naidoo said.

The MEC was expected to appear soon in the Nelspruit Magistrate's Court on murder and attempted murder charges.

The ANC Mpumalanga spokesperson Sasekani Manzini said the party was yet to be briefed on the arrest, News24 reported earlier.

"We will discuss as the provincial leaders, and then we will gather information before we comment," she said.

Lucky Sunday for 3 Daily Lotto players
Full list of lottery results
Lockdown For
DAYS
HRS
MINS
Voting Booth
Should Proteas star Quinton de Kock continue playing at the T20 World Cup even if he doesn't take the knee in support of the fight against racism?
Please select an option Oops! Something went wrong, please try again later.
Yes! He should be allowed to show his support any way he chooses
36% - 543 votes
No! If De Kock refuses to unite with his teammates, then he should be on the next plane home
12% - 182 votes
The only ones at fault here are Cricket SA, who have sabotaged another Proteas World Cup
52% - 776 votes
Previous Results
Podcasts
PODCAST | Ballot Box: An end to 'vat en sit' coalitions and how they will be regulated in the future