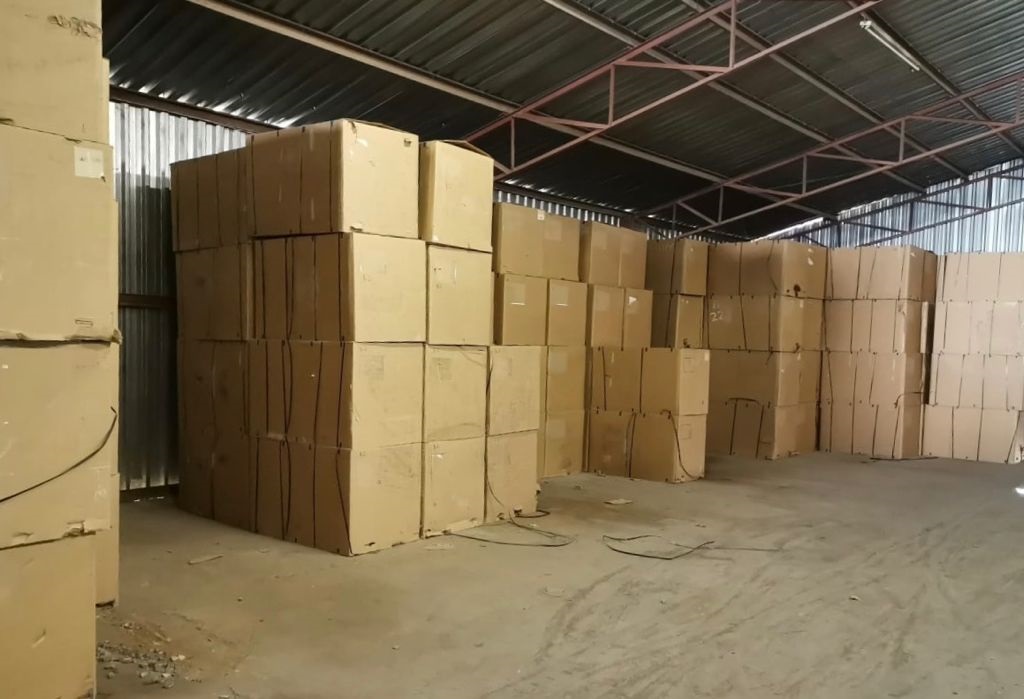 Police discovered about 1 279 boxes weighing a total of 200 kilograms of both raw and cut rag tobacco.
Supplied by SAPS

Officials discovered a stash of unprocessed tobacco worth R10 million at a warehouse in the town's Thorn Park, suspected to have come through the Beit Bridge border post from Zimbabwe.

East London police made the bust in collaboration with customs officers.

A 31-year-old male suspect was arrested for possession of unprocessed tobacco and bribery.

Eastern Cape police said the arrest came after customs officials at the border post stopped a truck with a cargo of unlicensed tobacco destined for East London.

Customs officials informed their colleagues in East London about a Warehouse in Kleipheuvel Road as the cargo's destination. The confiscated contraband is estimated at a street value of R10 million.
News24 Supplied by SAPS

He said the suspect was arrested for possession of the product and illegal activities that allegedly took place inside the alleged rented business premises.

Kinana said during the operation, police discovered about 1 279 boxes weighing a total of 200 kilograms of both raw and cut rag tobacco.

He added that the suspect allegedly attempted to bribe the customs officials with an undisclosed amount of money to evade arrest.

The customs officials reported the matter to the police who had since confiscated the alleged cash and added another charge of bribery, said Kinana. The arrest and bust happened at a Thorn Park warehouse in East London.
News24 Supplied by SAPS

The confiscated contraband had an estimated street value of R10 million, said Kinana.

It is this kind of collaboration and information sharing that will ensure our success in breaking the backbone of the criminal network. I trust that our detectives will dig more into these despicable activities in order to expose even those who may have been part of the plan and business.

The suspect is due to appear in the East London Magistrate's Court once he's charged for possession of unprocessed tobacco and bribery.

The possibility of additional charges could not be ruled out and the investigation continued, said Kinana.

Kinana was unable to confirm if the truck driver stopped at the border post was arrested.

Perfect start to the month for 1 Daily Lotto player!
Full list of lottery results
Lockdown For
DAYS
HRS
MINS
Voting Booth
Should Covid-19 vaccinations be mandatory for employees in workplaces?
Please select an option Oops! Something went wrong, please try again later.
Yes, it is the responsible thing to do
47% - 5403 votes
No, vaccination should be an individual choice
43% - 4927 votes
No, but those who are unvaccinated should have to work from home
11% - 1223 votes
Previous Results
Podcasts
PODCAST | The Story: Surviving Covid-19 and unrest: - will our economy ever recover?