The ANC's national working committee (NWC) has appointed national executive committee members (NEC) Jeff Radebe, Joel Netshitenzhe, Ronald Lamola, Lindiwe Maseko, and other legally skilled members to evaluate and make informed referrals to the party on how it ought to implement recommendations made in the initial state capture inquiry report.

Radebe had been assigned as the convenor of this team which was also tasked with compiling a discussion paper for ANC structures on corruption and state capture following their contemplating on the recommendations made in the first of three state capture inquiry reports.

In its report to the NEC seen by News24, the NWC, which met on Monday, said the aforementioned senior party members, besides overseeing the processing of recommendations of the state capture inquiry report relating to the ANC and its deployees, these members would also refer to the party's Renewal Commission any matters identified as needing action to be taken by the party. 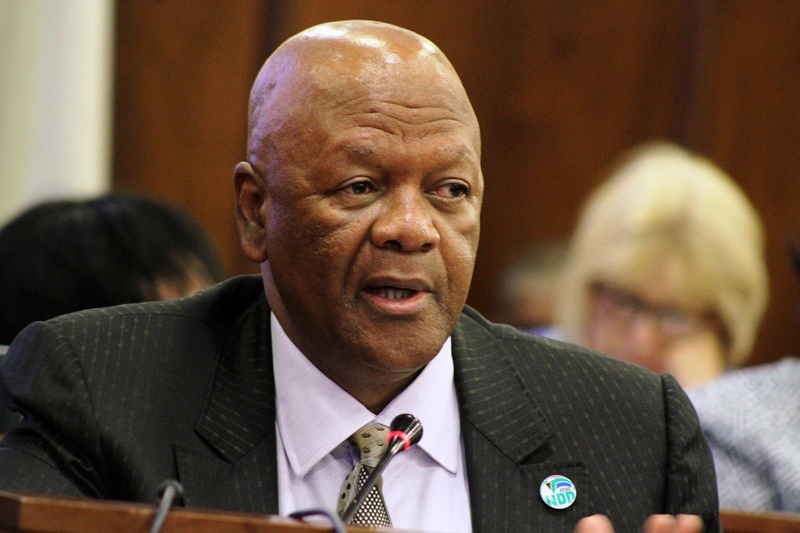 "The 2022 January 8 Statement states that one of the resolutions of the 54th National Conference was to support the establishment of a judicial commission of inquiry into allegations of state capture.

"The work of the commission is vital to the national effort to place the era of state capture behind us and ensure that such events are never allowed to happen again.

"The ANC will support government in effecting the measures required to eliminate conditions and conduct that enable state capture and systemic corruption. As the ANC, we will engage with our structures and members to ensure sufficient understanding of the contents and findings of the commission," the NWC report stated.

In an attempt to ensure that the recommendations made by the commission's report were fulfilled within its own organisation, the NWC concluded that there was a need for mechanisms such as appointing the aforementioned NEC members to process any parts of the commission report that pertained to the organisation, its deployees or members be adopted as this not only assured the implementation of recommendations, but also "helps the party to enhance its own fundamental renewal and rebuilding process". The ANC members who make up the NWC, also resolved to "intensify efforts to eradicate corruption" not only from among its ranks, but in society as a whole through calling on "South Africans to engage with the commission's report and to be part of the national effort to put state capture behind us and build an ethical, capable developmental state and a society governed by the values of our democratic Constitution and the rule of law".

The State Capture Inquiry report in its first instalment of its three-part report, found that the ANC not only folded its arms and allowed state capture to flourish, but in some instances proceeds of this form of corruption flowed into the party's coffers.

Reflecting on some of the rot at state-owned enterprises, commission chairperson Judge Raymond Zondo said in his report that, "all of this happened, happened under the watch of the government of the ruling party, the African National Congress".

"Most, if not all, of these entities were led by the chief executive officers and boards of directors who would have been approved by the ruling party through its national deployment committee."

"There is a pattern of executive interference and political overreach at the SOEs [state-owned entities]. Evidence shows that ministers, and even the former president, Mr Jacob Zuma, were regularly involved with operational matters," the report stated. The first volume of the report also advised the NPA to "consider" - and in some places, "seriously consider" - prosecutions against about 20 individuals among who were ANC members or deployees and firms implicated in state capture around South African Airways (SAA), the Guptas' The New Age newspaper sponsorship, and the South African Revenue Service (SARS).

Among others, former SAA chair Dudu Myeni and the Jacob Zuma Foundation were said to have secured millions of rands.

As a result, the commission recommended that criminal prosecutions must immediately follow for those found to have been corrupt.

The commission also recommended that there be a publication of a National Charter against corruption, which would include a Code of Conduct setting out ethical standards which must legally be adhered to in public procurement.

It also called for the creation of an anti-corruption agency dealing with public procurement which would comprise a five-member council, an inspectorate, a litigation unit, a tribunal and a court, and would monitor public procurement activity for corruption.

During the party's 110th-anniversary celebrations in Limpopo on 8 January, party president Cyril Ramaphosa announced that the party had taken a decision to formulate a renewal commission.

The NWC adopted this resolution and announced in the report that "the renewal commission was tasked with developing a 10-year Vision 2032 programme, engage all ANC structures and cadres in discussions on the priorities and tasks of the movement for the decade ahead and instil the ANC's role in the fundamental transformation of society".

The NWC also requested that the renewal commission that would be made up of no more than 10 people, including NEC members, veterans, cadres with relevant expertise, and young activists should produce its initial report before the ANC Policy Conference set for June/July 2022 so that it could be discussed in structures ahead of the 55th national conference.