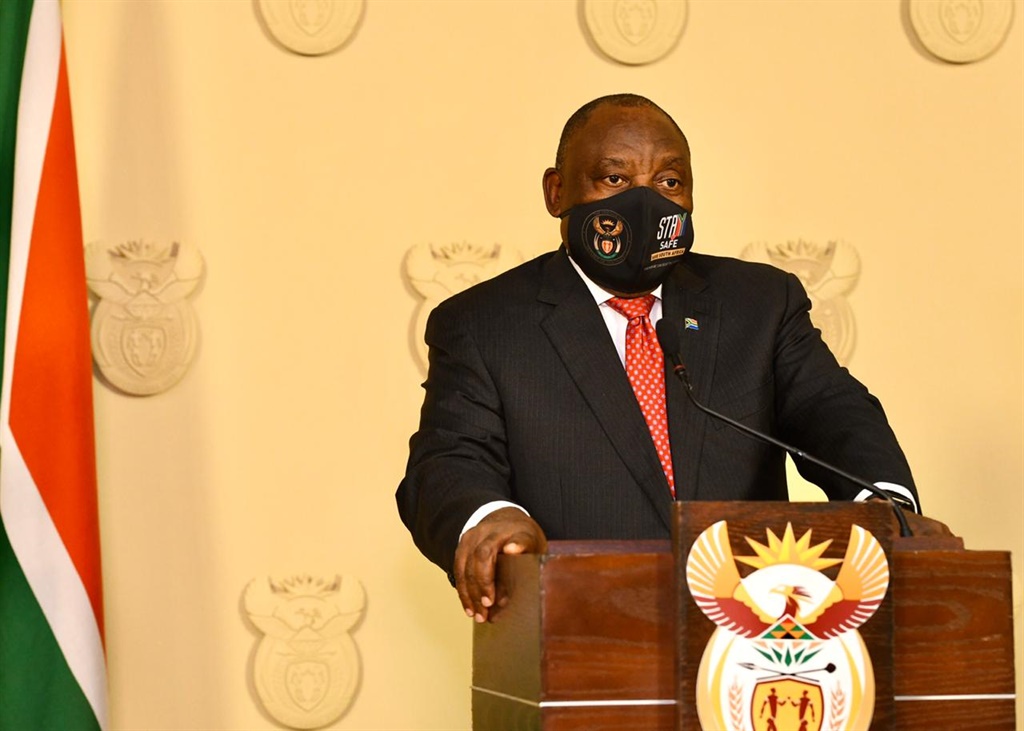 President Cyril Ramaphosa has announced the further easing of lockdown regulations to alleviate the distress experienced by numerous sectors of the economy which have been shut since the beginning of the lockdown in March.

He addressed the nation on Wednesday evening following a Cabinet meeting that discussed the country's approach to combating the spread of the Covid-19 pandemic as well as lockdown regulations.

Ramaphosa said the pandemic was not only a global health crisis, but also an economic one which had disrupted the livelihoods of millions of people.

"No country, no industry and no person is unaffected."

READ | Here's what you need to know about 'advanced level' regulations

He said numerous large companies were still not allowed to operate under Level 3, which took effect on 1 June, and that meant thousands of businesses have not been able to earn revenues, while the employees at those companies have been without an income for more than 80 days.

"Even with the measures we put in place to support companies, employees and poor households as part of the R500 billion relief package, there is a limit to how long these businesses can be closed," added Ramaphosa.

This as the government faces an increasing number of court battles over the regulations and continued closure of some industries.

The government also garnered criticism after it acceded to requests from the faith-based community to allow religious gatherings, which were initially banned under Level 3.

He said this decision was made following engagements with industry experts and premiers over stringent measures and prevention protocols which needed to be put in place.

Some of the activities set to resume include restaurants for sit-down meals, accredited and licenced accommodation, with the exception of home-sharing accommodation like Airbnb, conferences and meetings for business purposes, theatres, casinos and personal care services.

Ramaphosa added it was particularly important to open the personal care industry as it was dominated by women.

"The last three months have been particularly difficult for the millions of women who work as hairdressers, in spas, as therapists and technicians.

"Many of these are businesses are owned by women and a source of income in the informal sector. Giving women the necessary support to become financially independent is the greatest of priorities, especially now," he said.

Details, including when these new regulations will kick in, is yet to be announced.

The relevant ministers are expected to iron out the fine print of the regulations in the coming days and how these industries will be reopened.

Lekker Heritage Day for 2 Daily Lotto players
Full list of lottery results
Lockdown For
DAYS
HRS
MINS
Voting Booth
Have you downloaded the Covid-19 tracing app?
Please select an option Oops! Something went wrong, please try again later.
Yes I have
13% - 802 votes
No, and I will not be downloading it
77% - 4578 votes
Not yet, but I plan to
10% - 582 votes
Previous Results
Podcasts
PODCAST | THE STORY: A look into News24’s exposé of the KwaSizabantu cult in KZN