Ramaphosa expresses concern over US military action against Iran, calls for peaceful resolution 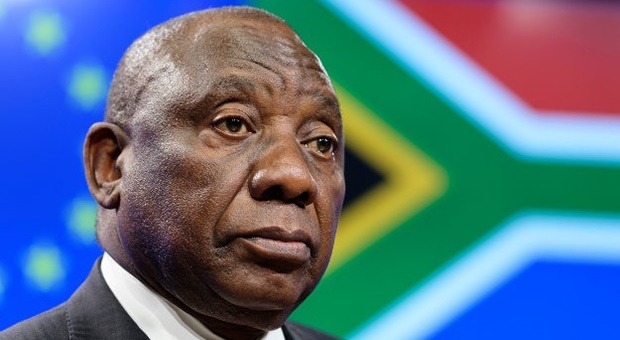 President Cyril Ramaphosa has called for a peaceful and just resolution to the tensions between Iran and the US.

The Iranian Presidency revealed in a statement on Thursday Ramaphosa had spoken with his Iranian counterpart during a phone call.

"President Ramaphosa's engagement with President [Hassan] Rouhani was informed by South Africa's principled view that conflicts should be resolved through political dialogue rather than the use of force," South African Presidency spokesperson Khusela Diko said in a statement on Friday.

"The engagement was also framed by South Africa's role as a non-permanent member of the United Nations Security Council and incoming chair of the African Union," she added.

Tensions in the Middle East soared after American forces assassinated a top Iranian military commander, Qassem Soleimani, who was believed to be responsible for various attacks on US military bases and facilities over the years, News24 reported.

EXPLAINER: EXPLAINER: Iran, the US, Trump, ballistic missiles... and what comes next

In the phone call with Ramaphosa, Rouhani said he was determined to prevent tension and insecurity in the region, the Iranian Presidency statement said.

"We are determined to prevent tension and insecurity in the region, and we hope the Americans stop their incorrect actions. Of course, they know that if they take another action against our interests, they will face more serious reactions."

"We hope all friendly countries take appropriate stances towards this illegal action and make the US observe the law," he said.

Rouhani added it was important for other countries to take a stance against the unfair assassination of Soleimani.

"We must make the Americans understand that the world will not accept their criminal actions," he explained.

"President Ramaphosa also conveyed South Africa's sadness at the loss of life, including that of a significant number of Iranian citizens that resulted from the crash of Ukrainian International Airlines Flight 752 shortly after take-off from Imam Khomeini International Airport in Tehran on Wednesday," Diko said.

In the interest of global peace, Ramaphosa expressed deep concern over the military action by the US and called on all sides to "exercise maximum restraint and conduct themselves within the rule of international law".

He said South Africa was concerned about escalating tension in the Middle East which could have far-reaching implications for the region, international peace and security.

"The charter calls on all member states to refrain, in their international relations, from the threat or use of force against the territorial integrity or political independence of any state, or in any other manner inconsistent with the purposes of the United Nations," Diko said.

We live in a world where facts and fiction get blurred
In times of uncertainty you need journalism you can trust. For only R75 per month, you have access to a world of in-depth analyses, investigative journalism, top opinions and a range of features. Journalism strengthens democracy. Invest in the future today.
Subscribe to News24
Related Links
Trump, US lawmakers battle over war powers amid Iran tensions
Tensions remain high as US, Iran pull back from brink of war
Iran: Ukraine plane caught fire but crew never called for help
Next on News24
LIVE | Covid-19: Cases climb by 4 373, with majority being recorded in Gauteng