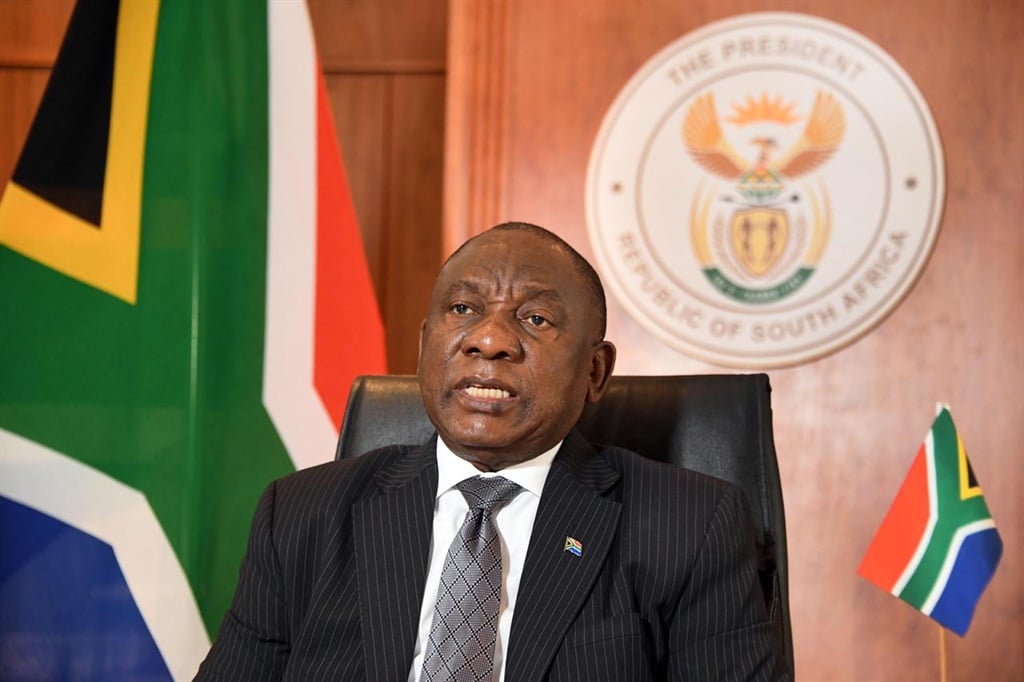 A push by President Cyril Ramaphosa and his supporters for the ANC to discourage its leaders from allowing their family members to do business with the state fell on deaf ears in the ANC's national executive committee (NEC) meeting this weekend, News24 understands.

Ramaphosa, in his closing remarks to the NEC's virtual meeting, reminded ANC leaders that the public expected more from its leaders, and that being a leader came with sacrifice.

But two NEC members told News24 that Ramaphosa was at pains to push forward a suggestion to strengthen policy to regulate family members of politicians doing business with the state, as this argument was drowned out by his political opponents.

In the end, the NEC did not take a firm decision on the matter and it was referred to a future meeting.

As a compromise, the virtual meeting made a noncommittal undertaking for provincial leaders to make a list of who in their provinces have been implicated in wrongdoing.

Party officials will then deliberate on what should happen.

Supporters of ANC secretary-general Ace Magashule lashed out at any assertion that his sons should not be doing business with the state.

The same was said about ANC NEC member Nomvula Mokonyane, whose daughter is said to have received contracts from the Gauteng provincial government.

"We said Ace is not an office bearer. If he wants to do business with the state too, he can do it. There is no law stopping him," one NEC member loyal to Magashule said.

Two other NEC members told News24 it was argued that the state was the biggest procurer of goods and services, and it was unfair to ask family members of politicians not to do business with it.

Ramaphosa tried to invoke ethical leadership to discourage it, but faced resistance.

"They said Nomvula is not in office, so if her daughter gets a tender, so what. But it is not the same for his (Ramaphosa) spokesperson (Khusela) Diko. She is in office and there is a conflict of interest," the source, who is a known Ramaphosa rival, said.

This was in reference to Ramaphosa's spokesperson having to step aside after her husband's company was awarded a tender by the Gauteng health department. It caused a big scandal.

The NEC member added that Ramaphosa's son, Andile, and his business deals with the state was also referenced when Ramaphosa was opposed.

He said Ramaphosa's efforts to change policy about who gets tenders from the state, to avoid any perception of conflict, was a "silly PR exercise".

In his weekly newsletter, Ramaphosa said if public servants and political office bearers are serious about restoring public trust, which has been severely eroded by corruption, they must avoid even the perception of a conflict of interest.

"If, as public servants and political office-bearers we truly care about the public whose interests we claim to represent, we must allow ordinary members of the public who have interest in doing business with government a fair chance to bid for such business opportunities, instead of passing on inside information about opportunities to our families and friends," Ramaphosa said.

READ | Prove you are not a 'powerless scarecrow' - Cosatu to Ramaphosa

He said regulations, like the annual financial disclosure, which discourages public servants doing business with the state, was not enough.

"While everyone in South Africa has a right to engage in business activities, we are faced with the real problem of families and friends of political office bearers or public servants receiving contracts from the state.

"Not all conduct of this sort is necessarily criminal, but it does contribute to a perception and a culture of nepotism, favouritism and abuse.

"And it undermines public confidence in the integrity of our institutions and processes," he said.

We live in a world where facts and fiction get blurred
In times of uncertainty you need journalism you can trust. For 14 free days, you can have access to a world of in-depth analyses, investigative journalism, top opinions and a range of features. Journalism strengthens democracy. Invest in the future today. Thereafter you will be billed R75 per month. You can cancel anytime and if you cancel within 14 days you won't be billed.
Subscribe to News24
Related Links
Politicians' friends, family doing business with the state undermines public confidence - Ramaphosa
Prove you are not a 'powerless scarecrow' - Cosatu to Ramaphosa
Cyril Ramaphosa | Profiting from a pandemic is like a pack of hyenas circling wounded prey
Next on News24
LIVE | Covid-19 in SA: 3 801 new cases