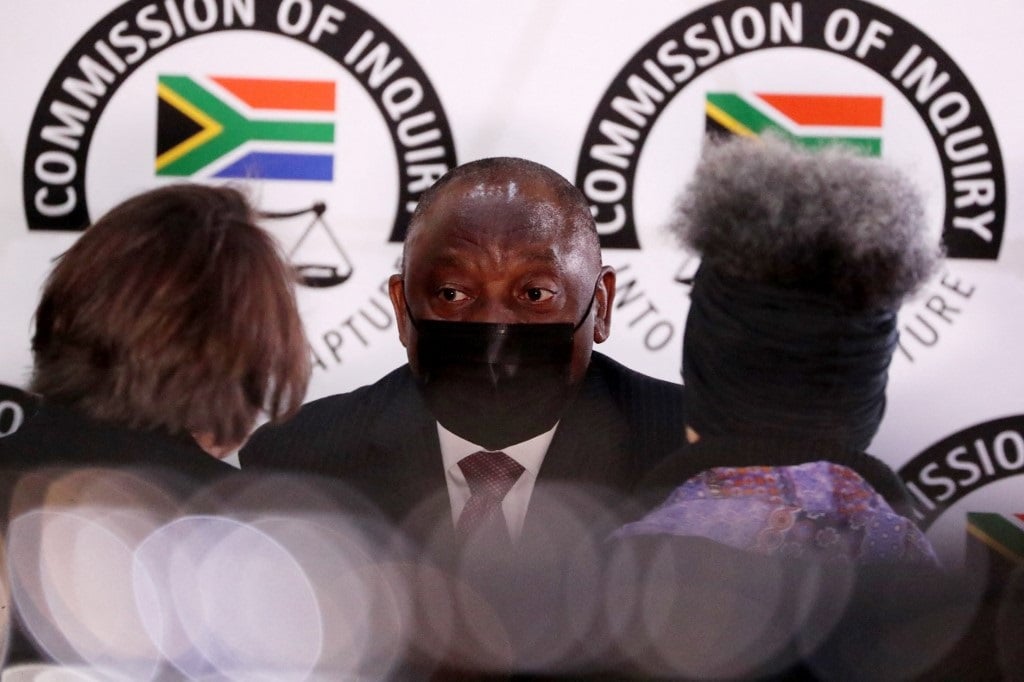 Cyril Ramaphosa threatened to resign as deputy president in the aftermath of then-president Jacob Zuma's shock decision to elevate ANC backbencher Des van Rooyen to finance minister at the expense of Nhlanhla Nene.

This was one of Ramaphosa's revelations during his testimony before the Zondo Commission on Wednesday.

Ramaphosa also told Zuma that he would publicly state his objection to Zuma firing Pravin Gordhan as finance minister and his then deputy Mcebisi Jonas.

Wednesday marked Ramaphosa's second appearance before the commission - he first appeared in April, testifying in his capacity as deputy president and president of the ANC. 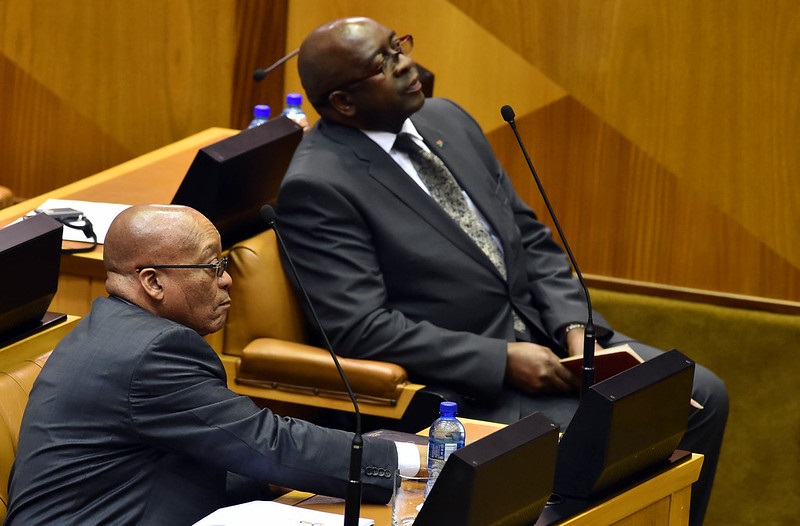 On Wednesday, he testified in his capacity as the deputy president and president of the state, starting with a statement to the commission.

READ | Ramaphosa at Zondo Commission: Will he provide specifics?

According to Ramaphosa, he first became aware of state capture through the work of journalists, civil society organisations, and institutions such as the Public Protector and Auditor-General.

"As it became increasingly clearer - through the so-called Gupta Leaks and other revelations - that a network of individuals was seemingly colluding with senior government officials to occupy key positions and 'capture' key institutions, the question that arose was how to respond," Ramaphosa said.

The Commission has indicated that the first part of his appearance will cover matters outstanding from his appearance on behalf of the African National Congress on 28-29 April 2021, after which the Commission will proceed with matters relating to his positions in the State. pic.twitter.com/SzbrrVbcS6

As he saw it, he had five options.

"The first option available to me was to resign from the executive. While I would have earned praise from many quarters, this action would have significantly impaired my ability to contribute to bring about an end to state capture.

He said his second option would have been to be "more confrontational" by publicly speaking out against some decisions.

"While there were instances where I did make public statements, there was a limit to how confrontational I could be in my position.

"A more confrontational approach would most likely have led to my removal from office, with the same consequences as a resignation, in that my ability to effect change would have been greatly constrained, if not brought to an end."

His third option was to "acquiesce and thereby abet the committing of misdeeds".

"This I would not and could not, do. It would have been a violation of my principles and a profound betrayal of my responsibility to the government, my organisation and the people of South Africa."

His fourth option was to remain as deputy president, but to keep silent.

"This may have been the easier path, but it was, in my view, not much different to acquiescing."

"The final option, which was what I chose, was to remain in my position as deputy president, to work with others in the executive to resist abuses and bring about change where we could and to sustain the work of social and economic transformation," Ramaphosa said.

"This meant staying in the arena, with the challenges, limitations and frustrations inherent in doing so, but it was the course of action that had the greatest likelihood of bringing state capture to an end, restoring the institutions of state and defending our democracy."

He said with the benefit of hindsight, he was certain he chose the correct course of action.

"It was also possible, through this approach, to resist some of the more egregious and obvious abuses of power. The replacement of Mr Nhlanhla Nene as Minister of Finance with Mr Des van Rooyen provides a useful illustration of this," he said.

"On the evening of 9 December 2015, former president Zuma announced the removal of Mr Nene and the appointment of Mr Van Rooyen.

"This had an immediate impact on the financial markets. Shortly after Mr van Rooyen was sworn in, then Director-General of National Treasury, Mr Lungisa Fuzile, asked to meet me urgently." According to Ramaphosa, Fuzile expressed his "grave concern" about Van Rooyen and his advisors.

Concerned by what I considered the capture of National Treasury, I contacted ANC deputy secretary-general Ms Jessie Duarte and indicated that I would resign my position as deputy president of the republic. I believe that Ms Duarte conveyed my message to the then-president.

He said he, then ANC secretary-general Gwede Mantashe and Duarte urged Zuma to appoint Pravin Gordhan as finance minister instead in the "best interests of the country" and help calm the financial markets.

"I believe the decision by president Zuma to replace Mr van Rooyen with Mr Gordhan was critical in preventing further damage to the economy and safeguarding the integrity of National Treasury," Ramaphosa said.

He said there were other instances where it was necessary to make public statements on decisions he considered "contrary to the national interests". "One such instance was the removal of Mr Gordhan and Mr Mcebisi Jonas as Minister and Deputy Minister of Finance respectively on 30 March 2017.

"At the meeting, when former president Zuma informed the ANC officials of his decision, I raised my concern that the minister and the deputy minister were being removed based on an unsubstantiated intelligence report," Ramaphosa said.

"I told the former president that I disagreed with his reasons and that I would publicly state my objection. While I reiterated that the president has the constitutional prerogative to appoint and dismiss members of the Cabinet, I felt it necessary to speak out, especially because of the serious consequences this decision had on our economy and our country."

Ramaphosa was set to continue his testimony into Wednesday afternoon and was due back at the commission on Thursday.

We want to hear your views on the news. Subscribe to News24 to be part of the conversation in the comments section of this article.
We live in a world where facts and fiction get blurred
In times of uncertainty you need journalism you can trust. For 14 free days, you can have access to a world of in-depth analyses, investigative journalism, top opinions and a range of features. Journalism strengthens democracy. Invest in the future today. Thereafter you will be billed R75 per month. You can cancel anytime and if you cancel within 14 days you won't be billed.
Subscribe to News24
Next on News24
BREAKING NEWS LIVE | KZN legislature reshuffle: Zikalala back in the executive