Ramaphosa wraps up two days of testimony at Zondo Commission 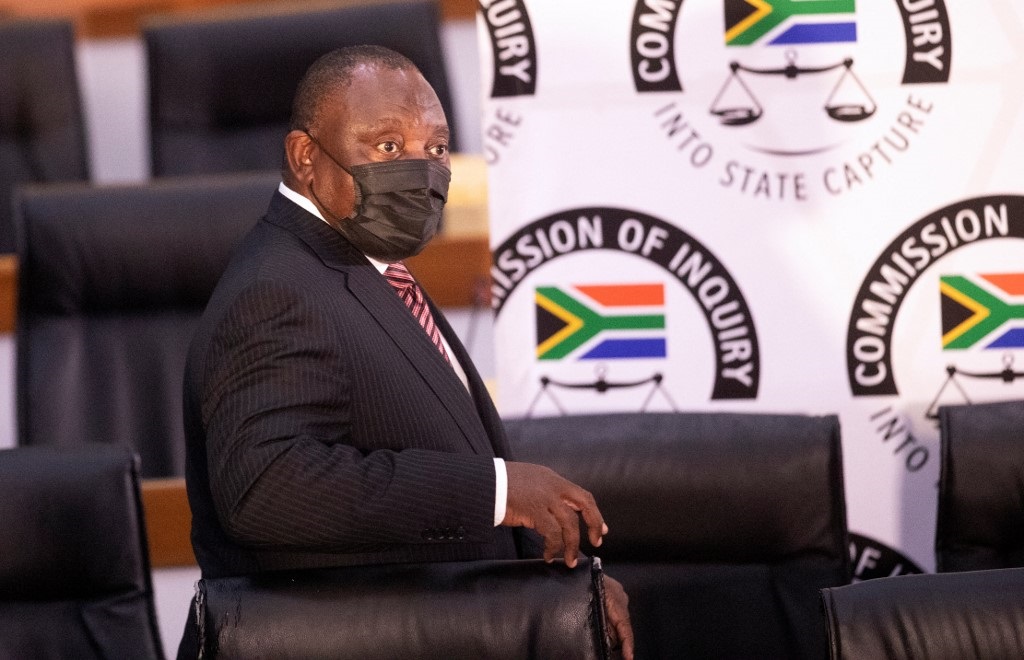 President Cyril Ramaphosa has wrapped up his two days of testimony at the Zondo Commission.

He appeared at the commission in his capacity as president of the ANC and not as the country's leader.

Ramaphosa is expected to return to the commission in May.

Following his testimony, he thanked Deputy Chief Justice Raymond Zondo for giving the governing party an opportunity "to give an explanation of what had happened".

Ramaphosa said the ANC came to the commission to assist it in forming a clearer picture of what had happened.

He added when he returned to the commission in May, he would reflect on some of the actions taken to end state capture and "dismantle the network that made it possible".

Ramaphosa said it was important to remember state capture undermined the integrity and capability of public institutions and profoundly damaged the effectiveness of the ANC.

ANC president Cyril Ramaphosa has told the State Capture Inquiry there was a "dropping of the ball" in its failure to investigate allegations of state capture. | @J_chabalala https://t.co/AGWcSoTork

He told Zondo there was significant contestation on some of the matters that were before the commission.

Ramaphosa concluded by paying tribute to "all those South Africans who played a role in unearthing corrupt activities that we now know as state capture".

He referred to whistleblowers, saying he regretted in many instances "we have not treated them well".

Ramaphosa paid tribute to journalists, saying they had been "patriotic" and played a key role.

"As the ANC, we support the work of this commission and affirm our total commitment to provide assistance to the commission to do this work, and with this, Mr Chairperson, that I would like to thank you."

Zondo told Ramaphosa he was not aware of a sitting president in the history of the country appearing before a commission.

"I may be mistaken. It is very important. It is quite important that the ruling party, the majority party, has taken the attitude to tell the commission and the nation at large that they will support this commission," he said.

"They knew that some of the things coming out of the commission will not be easy to deal with, but nevertheless concluded it was a process they should support, that the president of the party and the country to come to the commission to testify.

Do you want to know more about this topic? Sign up for one of News24's 33 newsletters to receive the information you want in your inbox. Special newsletters are available to subscribers.
We live in a world where facts and fiction get blurred
In times of uncertainty you need journalism you can trust. For 14 free days, you can have access to a world of in-depth analyses, investigative journalism, top opinions and a range of features. Journalism strengthens democracy. Invest in the future today. Thereafter you will be billed R75 per month. You can cancel anytime and if you cancel within 14 days you won't be billed.
Subscribe to News24
Next on News24
BREAKING NEWS LIVE | Opposition parties will apply for motion of no confidence against Ramaphosa for Phala Phala farm debacle