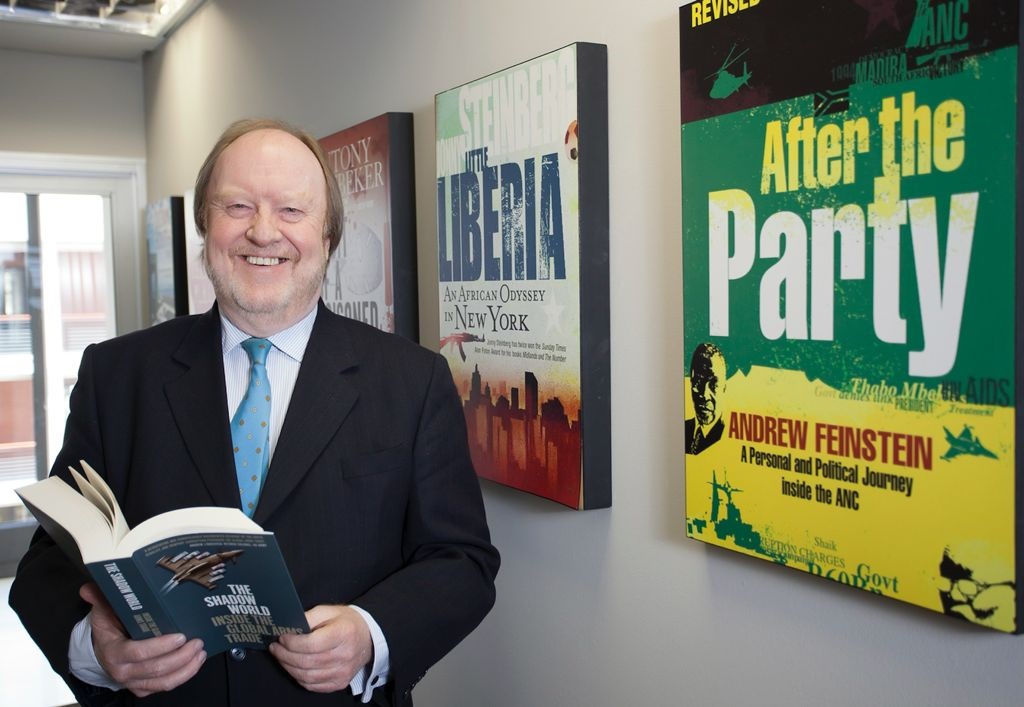 Jonathan Ball, who established the publishing house carrying his name, has been labelled as an extremely brave publisher, independent thinker and straight talker.

Ball, who went into publishing in 1976, died on Saturday afternoon following a short battle with cancer. He was 69.

Eugene Ashton, chief executive of Jonathan Ball Publishers, confirmed to News24 that Ball died in Cape Town just after 15:00, and was surrounded by his family.

Ashton said Ball had established one of the great liberal publishing houses in South Africa, which published several books challenging the current government as well as the Apartheid government.

In publishing, Ball was completely unafraid of the truth, Ashton added.

In 1978, Ball published the controversial book The Super-Afrikaners, an expose on how the Afrikaner broederbond, a secret organisation, influenced South Africa and backed the National Party at the height of Apartheid rule.

Du Plessis said the book, and others, was courageously published by Ball, knowing that he would receive backlash.

Despite being aware of the pending fallout and difficulties in publishing the book, Ball persisted, Du Plessis added.

He added that Ball was strong in his convictions, and not just a businessman, as he refused to publish books that were full of spurious allegations.

As a friend, Du Plessis said Ball was a wonderful human being and that people loved spending time with him.

Ball was described as witty, with encyclopaedic knowledge, and a supreme command of the English language.

Renowned journalist and author Max du Preez, who was also a friend of Ball's, and wrote the forward in the new edition of The Super-Afrikaners, said Ball was a rambunctious guy and a large-than-life figure.

Du Preez echoed Du Plessis' sentiments that Ball was a straight talker and an independent thinker.

He rewrote the course of publishing in South Africa, and not only for money, because he published very bravely at a time when people wouldn't dare.

He added that Ball was a man who loved life and was "absolutely brilliant company".

Commenting on The Super-Afrikaners, Du Preez said it wasn't a good time in South Africa to publish such a book, when the National Party was at the height of its power, with the broederbond behind it.

He said Ball knew what he was getting into, but was not deterred.

"Very early on in his career, he nailed his colours to the mast and said, here I am."

The former CEO of Exclusive Books, Fred Withers, who became a close friend of Ball's, said he was a man with "no double standards, no bullsh...t", and that he contributed a huge amount to publishing in South Africa.

Withers said Ball had lived an honest life, with integrity.

He added that the last, but most endearing and enduring, memory he has of Ball is him loudly singing Gilbert and Sullivan songs in a restaurant.

Former DA leader Tony Leon, who has published several books with Jonathan Ball Publishers, said Ball was a brave and iconoclastic figure in the publishing world.

"My last one, Future Tense, was, very sadly, the last book he inspired, and I'm grateful to him for the 30 years of friendship. We should look on him and learn from him. We won't see his like in SA books anytime again soon," Leon said.

The current CEO of Exclusive Books, Grattan Kirk, said Ball was an absolute doyenne of the industry.

"He had a massive reputation and impact across the local and international book industry. He was really respected and built a fantastic business," Kirk said.

Naspers chairperson Koos Bekker said Ball had an uncanny ability to spot award-winning books, which is the most precious gift in publishing.

"Jonathan was a treat. Hogarth could have drawn him: larger-than-life, florid of cheek, redolent of empire, and a time when no self-respecting publisher left the table before several bottles of exceptional vintage were no more. One seldom left his company without a chuckle," Bekker said. "I'll miss him."

Ton Vosloo, the former chairperson of the Naspers board, said he brought Ball into the company in 1992 because they had no English publisher.

He said Ball was a great publisher, the best English publisher in South Africa, who published very important books.

Vosloo said Ball was a raconteur and that he would liken him to Winston Churchill in terms of his command of the English language and style of talking.

Former Media 24 CEO Esmare Weideman said that it might sound like a cliché, but Ball really was a legend in the publishing world.

"He built the empire, which carries his name, into an extremely important publishing house. He could spot a good book a mile off and, with his particular charm and political savvy, landed many important authors and books over the years. His memory will live on," Weideman said.

Charles van Onselen, historian and author of the Nigh Trains and the Seed Is Mine, published under Jonathan Ball Publishers, said Ball was a brave and larger-than-life publisher, with a special love of history.

"He understood the importance of a painful history in a country with an uncertain future. Historians have lost a great friend and a straight talker in the land of the forked tongue," Van Onselen said.

Alison Lowry, who was the first to join Ball at his publishing house and was the first editor-in-chief, said she was very sad to hear about his death.

"Our dual publishing careers go long back. We were youngsters in the industry finding our way," Lowry said.

She said, while Ball could be difficult, at times, he had a brilliant mind and was widely read.

Lowry added that Ball was viewed with affection and admiration in the industry.

"He was a larger-than-life character. It's hard when someone, who fills up a room, is suddenly gone."

She said Ball would be remembered as a fine and courageous publisher.

"His legacy remains, he published many fine books over his career."

Jonathan Ball Publishers and News24 are subsidiaries of Media24.