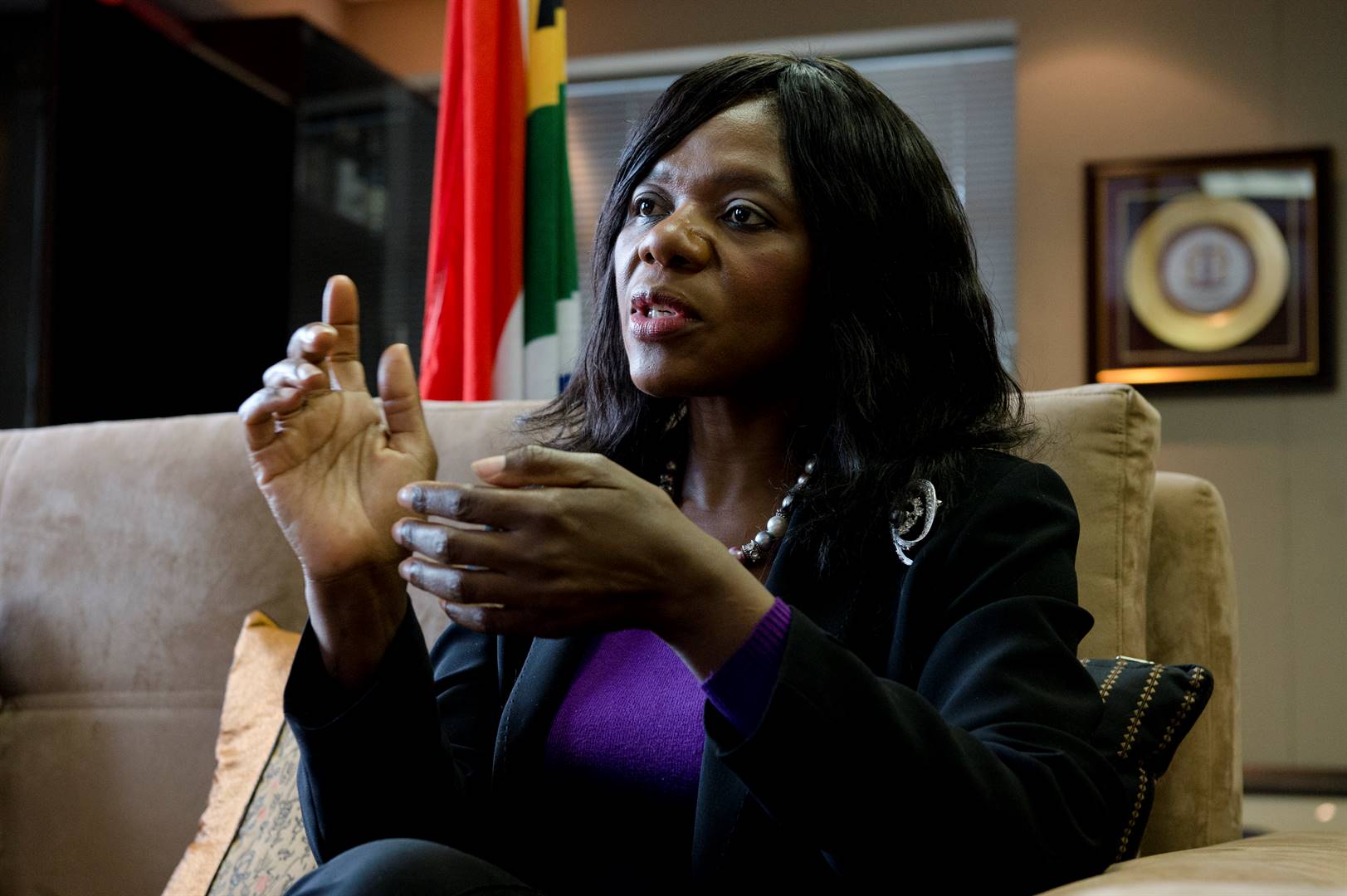 Former Public Protector Thuli Madonsela says the country has lost money, probably some of its frontline workers, and the trust of its people in government because of corruption.

She was speaking at a virtual rally against corruption on Friday organised by the Ahmed Kathrada Foundation.

"Corruption is a threat to all of us. The outcomes of corruption are death, hunger and anger and democratic fragility," said Madonsela.

She said corruption involving PPE procurement endangered society and had led to many losing hope in the democracy of this country - with many blaming President Cyril Ramaphosa.

"What saddens me is that everyone now blames the president. Yes of course, he is the captain, but he allowed himself to be barricaded by his own ministers. He was advised by his ministers who moved him away from the Disaster Management Act and created a structure, mostly allowing one party to manage this crucial economy of this country.

"I think the president will do himself a favour and return to the Disaster Management Act framework and take away the monopoly from his colleagues," said Madonsela.

"Nothing in emergency procurement allows a state functionary to leave tried and tested service providers in their system and go for fly-by-night tenderpreneurs or covidprenuers."

READ | Ramaphosa urged to unleash SIU on 'covidpreneurs' in Limpopo

Madonsela said there were problems involving bakeries and other dubious companies that won tenders and then overcharged for items and shoddy work.

"There are companies that have no structure but will replace products if there is [a] problem. But there are others who are not party to regulatory bodies that assure quality assurance [within] their sectors.

"In every country PPEs are procured from specific companies. What saddens me is that other countries used this opportunity to foster industries in their own country. To have people who procure cheap products from China and sell to the state exorbitant extent is bewildering to me."

Madonsela said it was not just millions of rands that had been lost, but that there was a possibility that some of the health workers on the frontline may have died either because PPE did not arrive or were not up to standard.

"This is just a tip of the iceberg. We have not yet looked into food parcels, economic relief funds and everyday procurement that is not related to Covid-19 in the same period.

"Nothing could have prepared us for the alleged extent of cruelty and greed. Where is compassion? Where is Ubuntu? Society needs to stand up and protect democracy because corruption is a threat," Madonsela said.

We live in a world where facts and fiction get blurred
In times of uncertainty you need journalism you can trust. For only R75 per month, you have access to a world of in-depth analyses, investigative journalism, top opinions and a range of features. Journalism strengthens democracy. Invest in the future today.
Subscribe to News24
Related Links
SIU Special Tribunal freezes accounts linked to Gauteng irregular PPE tender, blocks pension
R1bn tender irregularities haunt Auditor-General candidate
Covid-19 graft: Gauteng to use open tender system, asks SIU to probe all procurement - Makhura
Next on News24
LIVE | Covid-19 in SA: 210 new infections as death toll rises by 7

Lucky Sunday for 3 Daily Lotto players
Full list of lottery results
Lockdown For
DAYS
HRS
MINS
Voting Booth
Facebook is facing a fresh crisis after a former employee turned whistle-blower leaked internal company research. Do you still use Facebook?
Please select an option Oops! Something went wrong, please try again later.
Yes, the benefits outweigh the risk for me
32% - 2311 votes
No, I have deleted it
38% - 2733 votes
Yes, but I am considering deleting it
31% - 2221 votes
Previous Results
Podcasts
PODCAST | Ballot Box: Why Facebook is not doing enough against election misinformation