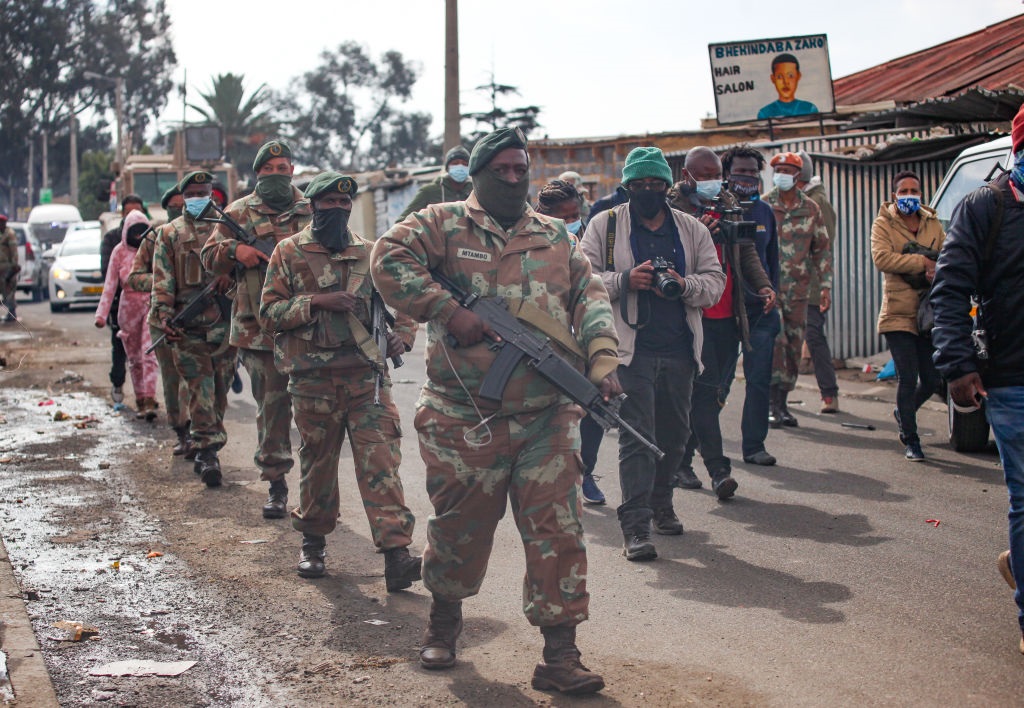 Soldiers guarding South Africa's military bases are not adequately armed, and there is no control of who moves in and out of the facilities.

Security fences within military bases and units and on the borders are falling apart while budget constraints hamper the upgrading, maintenance and repair of security systems.

These are just some of the damning findings of the Defence Force Service Commission (DFSC) that investigated almost every aspect and division of the South African National Defence Force (SANDF).

The meeting also provided the committee with an update on the implementation of recommendations made by the DFSC.

"Security systems cannot be repaired or maintained due to expired contracts. Increasing levels of crime and theft was reported at some units, especially at Personnel Services School. There is a need to enhance the working relations – especially on intelligence – between the SANDF, the State Security Agency, the Department of Home Affairs and the SAPS," Kubu said.

The DFSC recommended a complete review of all security.

Chief #SANDF Gen R. Maphwanya hosted a Stakeholder Breakfast with the Defence Industry at Log Sup Fmn. He addressed the attendees regarding the Defence Industry’s assistance during the global pandemic & expressed his wishes to continue having a robust relationship with Industry. pic.twitter.com/hMoW0Ztmcb

This would include looking at gates, doors, locks, burglar proofing, electronic equipment and alarms at facilities.

It's also been recommended that fences and security be urgently upgraded as a "military imperative".

"Security personnel to be adequately armed [with] weapons, ammunition, torches and bulletproof gear. Electronic and night vision equipment be standardised and made available to Operation Corona bases."

It has also highlighted the need for guards and security personnel to be trained in proper crime intelligence methods to anticipate and prevent criminal incidents.

"Protracted procurement processes and systems cause a delay in the maintenance and repair of military vehicles. The fair and transparent distribution of new military vehicles and duty buses to military bases and units is questionable.

"Budget constraints hamper the maintenance of a serviceable fleet, and there is a protracted system to dispose of unserviceable vehicles," Kubu said.