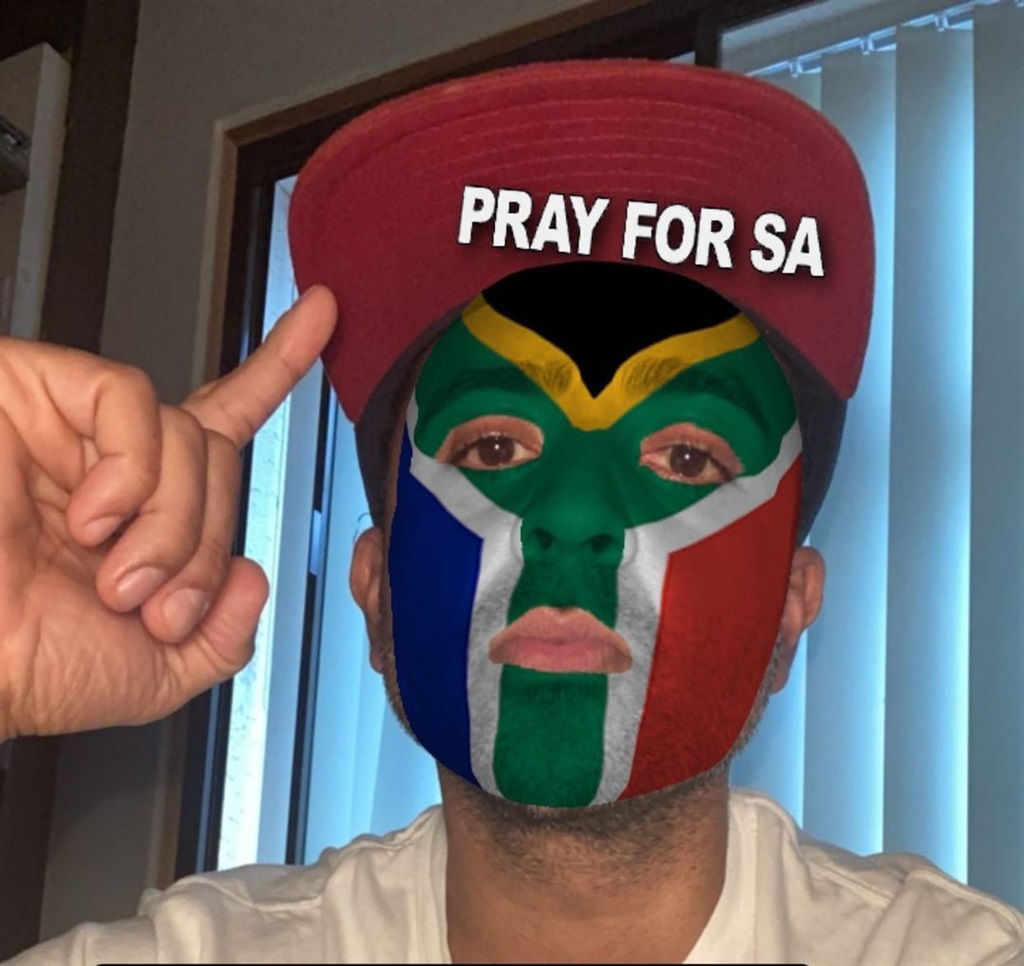 An Instagram user's photo after using the filter.
Supplied

Kwazulu-Natal TikTok star Jashen Govindsamy has taken it upon himself to create awareness of the unrest currently taking place in parts of South Africa by creating a Pray For SA Instagram filter.

Speaking to News24, Govindsamy, 22, said he was inspired by the happenings of the last few days in KZN and Gauteng to create the South African flag face filter and submit the proposal to Instagram for possible approval for it to be featured on its platform. "I got the notification at 19:00 on Tuesday from IG to say my proposal has been approved and immediately thereafter I saw the filter was already live on their social media platform. It's amazing."

The graphic designer said he did not expect to receive such a quick response from one of the world's biggest social media platforms.

According to Govindsamy, the recent stat from Instagram showed that 27 000 users across the globe have seen his filter since Tuesday. Since its launch on Tuesday, the filter has already gained quite a number of viewership.
Photo Supplied

"It is an overwhelming feeling to know that there are people across the world are using the filter to spread awareness regarding SA."

"Jashmir", as he is known on social media, said anyone who had an Instagram account could search for the Pray for SA filter, save it and then use it whenever they wanted to. Currently, the filter is being used in counties such as the USA, UAE, UK, and South Korea to name a few.
Photo Supplied

According to him, using his social media following to spread awareness across the globe sent out a "very good message" and showed unity in the country amid the chaos.

Currently, the filter is being used in countries such as the US, UAE, UK and South Korea, to name a few.

I've lived in KZN my entire life, there are food shortages happening in the area which I never thought would be possible. It's dissatisfying to see the chaos happening in my hometown.

People spent most of their time on social media platforms and with lockdown still relevant in some parts of the world, many were confined to their mobile devices which meant they might see the filter and create more awareness, he added.

Govindsamy said he spent his spare time creating content for TikTok SA and already boasted more than 60 000 followers with whom he shared his Pray for SA filter.

"It's wonderful to see local people use the filter and I hope this awareness will awaken many celebrities from across the world to use their platforms to highlight the happenings in SA," he added.