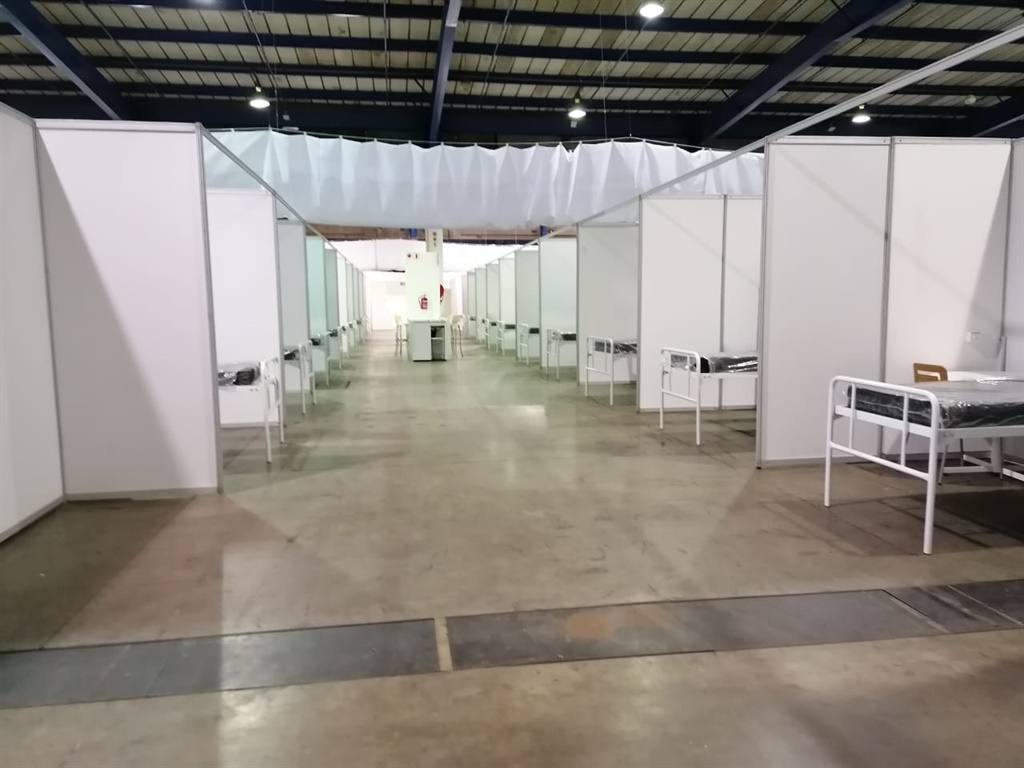 Jones was speaking during an inspection at the Nasrec field hospital in Johannesburg on Thursday, which was established to assist with rising Covid-19 infections in the province.

The inspection was to ascertain the readiness of the facility as well as the challenges it faces.

#COVID19SA @SAHRCommission Jones, accompanied by the Nasrec field hospital facility manager Dr Naidoo, says he is happy with what he's seen today after a tour. Says the health system is said to be in a state of disarray but commends the facility manager @TeamNews24 pic.twitter.com/UXJbBw5yYk

Jones said he hoped the investigation into Masuku would be fast-tracked and expressed his admiration for the MEC who was asked to step aside amid a controversial R125 million personal protective equipment tender.

"We are obviously concerned and hope the provincial government will find someone who has similar qualities in terms of leadership, in terms of clinical knowledge and understanding of the issues in the health sector."

He added the province had seen progress in the health sector since Masuku took over in 2019.

"We welcome the decision that has been taken and we hope that the investigations will be fast-tracked but we are not bothered about investigations of a civic structure or a political structure, our concern is how, as a nation and … as a province, do we combat corruption at all level.

"The days of people using state power for private accumulation should come to an end," Jones said.

The SAHRC had launched an investigation into Covid-19 spending within the Gauteng Department of Health following allegations of irregularities and corruption, he added during the inspection.

The investigation, Jones said, would take six months depending on the level of co-operation the commission received.

He added corruption had a direct impact on human rights and proposed a memorandum of understanding with the department, saying it had been embroiled in allegations of corruption and maladministration.

Poor governance, maladministration, acts of malfeasance or corruption have a devasting effect on the enjoyment of the right to health and we hope that through this visit here today and through the probe we are going to launch that we will be able to understand the extent of the alleged corruption, if there is corruption, in the Department of Health.

Jones said the investigation would also highlight the impact on users of the public health system.

#COVID19SA Jones says the SAHRC are launching an investigation into the GP Department of Health, looking at how money allocated for Covid-19 has been spent following allegations of corruption and irregularities @TeamNews24

He also commended the volunteers as well as the facility manager, Dr Vis Naidoo, of the Nasrec field hospital.

"We are calling for the optimum management of funds that have been allocated to deal with this pandemic.

Jones said the SAHRC would conduct a "thorough" budget analysis and subpoena documents such as contracts and supplier lists, as well as whether there were competitive bids for tenders and how tenders have impacted on the right to health.

Lekker Heritage Day for 2 Daily Lotto players
Full list of lottery results
Lockdown For
DAYS
HRS
MINS
Voting Booth
Have you downloaded the Covid-19 tracing app?
Please select an option Oops! Something went wrong, please try again later.
Yes I have
13% - 799 votes
No, and I will not be downloading it
77% - 4551 votes
Not yet, but I plan to
10% - 581 votes
Previous Results
Podcasts
PODCAST | THE STORY: A look into News24’s exposé of the KwaSizabantu cult in KZN