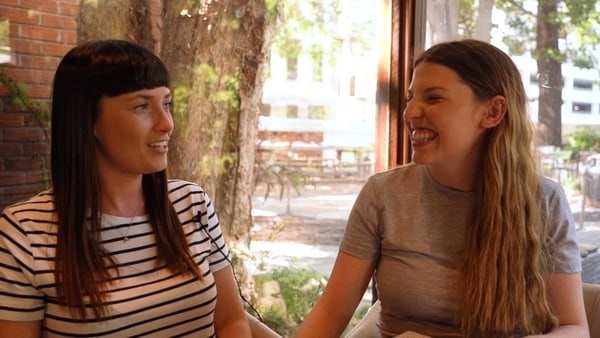 A same-sex couple turned away by Stanford wedding venue Beloftebos, is seeking R2 million in damages.

According to court papers filed in the Equality Court sitting in the Western Cape High Court, Megan Watling and Sasha-Lee Heekes, want Beloftebos owners Andries and Coia de Villiers to pay for the impairment of dignity, pain and suffering as a result of unfair discrimination against them.

They intend to pay this money to a charity.

The couple also wanted the court to declare the venue's refusal to marry same sex couples as unfair discrimination which was unconstitutional and unlawful and to direct Beloftebos' owners to offer them an unconditional apology in which they "recognise the unconstitutional basis of their business practice and the harm that they have caused".

Beloftebos referred the couple to a statement, which was first posted on its website on 4 August 2017, when it turned down another couple, Alexandra Thorne and Alex Lu, who had also taken the matter to the South African Human Rights Commission (SAHRC).

The SAHRC, in March, launched an application requesting the Equality Court to declare that Beloftebos and its owners were "in breach of their obligation not to discriminate unfairly"; to restrain the venue and its owners from continuing to apply the blanket policy of excluding same-sex couples based on their religious beliefs; and declare that the owners of the venue be ordered to apologise to the affected couples.

The couple, however, said the move was a power play in response to their withdrawal from the commission's case.

According to them, the SAHRC had "first disregarded this matter and then for the sake of saving face, turned to legal action for media attention".

They had then decided to take the matter to court on their own.

"At the time, we were ready to proceed with our own application as we found the submission of the SAHRC lacking in several respects," the couple said in a statement this week.

"The filing of our application was, however, halted by the Covid-19 lockdown and the subsequent prohibition on filing new matters before the court."

Beloftebos had, during this time, filed a counter application on the SAHRC and other parties, the couple said.

According to their papers, they became aware in May of the counter-application in which the respondents sought a declaratory order that would effectively entitle them to maintain their blanket prohibition on offering wedding services to same-sex couples and declaring section 14 of the Promotion of Equality and Prohibition of Unfair Discrimination Act (PEPUDA) to be unconstitutional and invalid.

Because of this, their interest in the application became direct and substantial as the relief would prevent them from holding Beloftebos liable under PEPUDA.

"This counter-application could have severe ramifications for our planned action against Beloftebos and the position of LGBTQIA+ rights in South Africa if not properly argued," the couple said.

Their pro-bono counsel prepared a "well-crafted, reasoned response to the thinly veiled bigoted approach" of the venue, the couple said.

"It stands as a milestone in the on-going struggle for queer rights in South Africa. It manages to expose the bias of venues such as Beloftebos, whilst simultaneously presenting a reasoned argument against the legal approach adopted by Beloftebos. We are proud to be involved in this action and thankful that our legal team has taken so much time to help us to stand up for the rights of LGBTQIA+ individuals."

The venue owners earlier this year argued that they were exercising their constitutional right to freedom of belief.

Freedom of Religion SA (FOR SA), on their behalf at the time, said section 9 of the Constitution stated that one cannot unfairly discriminate on grounds of sexual orientation, but "one right does not trump another right".

They said they should be allowed to differentiate between events and activities that they were willing to facilitate on their property, based on religious belief and that ruling against them could force service providers to accept work that they may fundamentally disagree with.

We know this was a long read and your time is precious. Did you know you can now listen to articles? Subscribe to News24 for access to this exciting feature and more.
We live in a world where facts and fiction get blurred
In times of uncertainty you need journalism you can trust. For 14 free days, you can have access to a world of in-depth analyses, investigative journalism, top opinions and a range of features. Journalism strengthens democracy. Invest in the future today. Thereafter you will be billed R75 per month. You can cancel anytime and if you cancel within 14 days you won't be billed.
Subscribe to News24
Related Links
'We simply do not trust the SAHRC' - couple slams court bid against Beloftebos wedding venue
WATCH | I can't believe Beloftebos turned us away on the basis of something we cannot change -...
Couple to take Beloftebos to Equality Court for refusal to host same-sex wedding reception
Next on News24
BREAKING NEWS LIVE | Newly elected Gauteng premier Panyaza Lesufi reshuffles his executive, two MECs get the chop