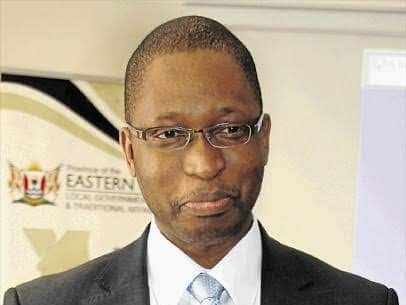 According to EWN, Khanyile was shot six times and succumbed to his wounds.

"According to information from the scene, at around midday on Saturday, the deceased was in a vehicle parked at a shopping centre on the corner of Hennie Alberts Road and Michelle Avenue in Meyersdal, Alberton, when a suspect fired multiple shots at him.

Peters said the motive for the shooting was unclear at this stage. It was alleged that the accused siphoned the R29 million from a R42 million budget earmarked for the construction of a resources development centre during the 2015-2016 financial year, and a sum of R14.466 million was then paid to Chetty's company shortly afterwards.

The three were expected to appear in court again on 16 October.

Police appealed to anyone who may have witnessed the incident or have information that could lead to the arrest of the suspect(s) to contact their nearest police station or to call the SAPS Crime Stop number.

"All information will be treated confidentially," said Peters.

We live in a world where facts and fiction get blurred
In times of uncertainty you need journalism you can trust. For only R75 per month, you have access to a world of in-depth analyses, investigative journalism, top opinions and a range of features. Journalism strengthens democracy. Invest in the future today.
Subscribe to News24
Related Links
Hawks arrest former EC dept head, two others in fraud, money laundering case worth R29m
Municipal managers ‘pocket more than Jacob Zuma’
WATCH | Charl Kinnear murder: Screenshots of chilling moments before top cop was killed
Next on News24
WRAP | Medical aid or not, you won't have to pay for a Covid-19 vaccine upfront

3 bag R139K in the Daily Lotto jackpot
Full list of lottery results
Lockdown For
DAYS
HRS
MINS
Voting Booth
How has the delay in schools' opening impacted your life?
Please select an option Oops! Something went wrong, please try again later.
It's a disaster! We're struggling to manage work and kids at home
41% - 2528 votes
It's a struggle, but we learnt lessons from last year's closures
20% - 1194 votes
It's a relief, this second wave is bad and kids need to be at home
39% - 2388 votes
Previous Results
Podcasts
PODCAST | MISSING MATTHEW EPISODE 3: Decades of false starts add to a family's despair