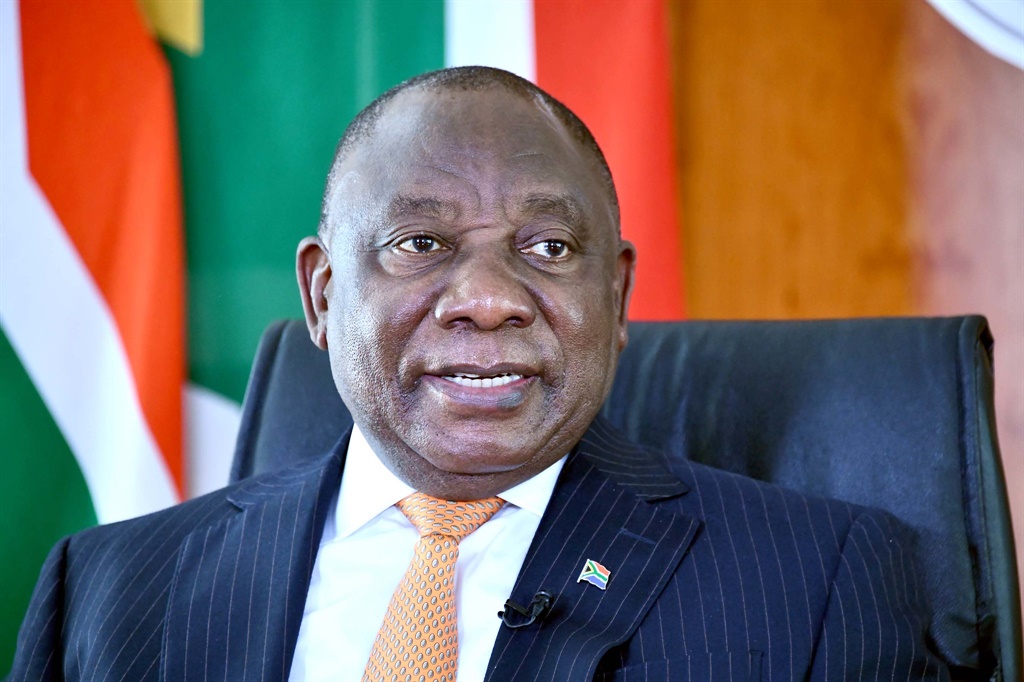 President Cyril Ramaphosa found the racial polarisation that characterised the protests in Senekal and Brackenfell High School "deeply disturbing" because it "goes against the kind of society we are seeking to build".

Ramaphosa answered questions in the National Assembly on Thursday.

He asked how government intended addressing the polarisation of the society, especially along racial lines, as illustrated by the recent protests in Senekal.

Ramaphosa said South Africa "still bears the scars of its horrible past, of racial division and conflict".

Racism takes many forms. It can be found in people's attitudes and utterances, in how they behave towards each other, in who gets hired for a job or who gets promoted. Racial divisions are found in the structure of our economy, in the distribution of skills, land and other assets, in access to services and in the spatial design of our cities, towns and rural areas.

"These are the divisions that we have been working hard to overcome over the course of the last 26 years of our democracy. This is the path we chose. It remains our greatest and most important challenge."

He said the vast majority of South Africans - black and white - supported the work that needed to be done to overcome racism and racial inequality.

"The events that took place in Senekal last month following the murder of Brendin Horner are therefore a clear challenge to the views and the wishes of the majority of South Africa's people across all race groups.

"The racial polarisation that characterised the protests in Senekal - and indeed more recently at Brackenfell High School - were deeply disturbing and I was deeply concerned about them because they go against the kind of society we are seeking to build."

He said these events demonstrated how racial attitudes still infected society and how quickly it could resurface in crisis moments.

"At the same time, we need to acknowledge that the situation in Senekal was quickly defused, the law is being allowed to take its course, and the racial rhetoric that accompanied the protests was condemned by organisations and individuals across society.

"While the Senekal and Brackenfell incidents show how much of our past remains with us, they do not reflect the broader South African reality."

He said the task now, not only for government, but the whole of society, was to act together to end all forms of racism, racial division and racial inequality.

"We need to consistently confront racist attitudes and condemn all instances of racist behaviour. Those who want to perpetuate racial tensions must know they are in a dwindling minority."

He said government continued to reduce the material inequality between white and black South Africans.

"In doing so, we will improve the conditions for lasting reconciliation and unity in our country."

READ | Dispatch from Senekal: Hard truths about the EFF, farmers, the right wing and crime

DA leader John Steenhuisen said the events in Senekal demonstrated what happens when a government did all it could to keep people divided by race.

Race-based policies are tearing our country apart. Mr President, would you, in light of what you said here today, commit yourself to non-racialism and ensuring that we scrap all policies that seek to divide South Africans based on something as arbitrary as their skin-colour?

He said policies like BEE was needed to negate the racial policies of the apartheid regime.

FF Plus MP Tammy Breedt referred to ANC Youth League members in the Free State who allegedly said: "If they want war, we are going to give them war."

Ramaphosa said no one in South Africa should talk about war.

"War is a very dangerous phenomenon. And I think those that talk about war are playing with fire. They should see what war does in other countries."

"Where war is unleashed among citizens, there is nothing there that is benefitted by anyone."

"War is just a road towards attrition, towards suffering, towards everything that is wrong in the human development area of things."

He said South Africans did not want to see a war.

"We are a country that has emerged from the worst of degradation, which really was a war against the citizens of our country. And we must forego that. That belongs in the past."

He said every citizen should feel at home in the country, and everyone was entitled to protection from services like the police.

"We must desist from seeking to attack one another when we have differences," he said.

Did you know you can comment on this article? Subscribe to News24 and add your voice to the conversation.
We live in a world where facts and fiction get blurred
In times of uncertainty you need journalism you can trust. For only R75 per month, you have access to a world of in-depth analyses, investigative journalism, top opinions and a range of features. Journalism strengthens democracy. Invest in the future today.
Subscribe to News24
Related Links
Division and race baiting in SA: Government is deeply disturbed, says Mabuza
WATCH | Brendin Horner murder: A timeline of the events as they unfolded
Brackenfell violence: Man accused of firing airgun released on a warning
Next on News24
LIVE | Covid-19 in SA: 453 new cases as death toll hits 88 674