Senekal households getting 50 litres of water a day 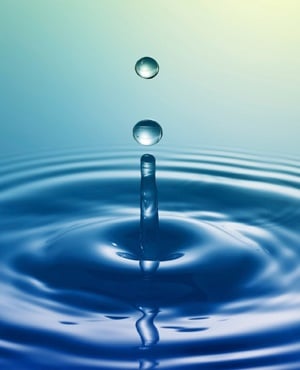 Bloemfontein – More than 260 000 litres of water a day are being sent to drought-striken Senekal in the Free State, the Setsoto local municipality said on Tuesday.

The town had not had running water since December 14.

Water from Air owner Ray de Vries said he had seen the effects of the drought first-hand. He owned a business that made machines that sucked in air, cooled it down, and used condensation to produce water.

"I have seen people fight over water. Driving in, one can see dead cow and ostriches. There are even people chasing cows away from drinking water so they can have the cow's supply. It is a sad situation and there needs to be more exposure and help for these people."

Mokhethoa denied these claims and said the municipality had been working tirelessly to ensure residents had water.

"We have asked farmers who have boreholes to help with water, and we pay them 4c a litre, but that is excluding transport," he said.

The Senekal business forum had donated four Jojo water tanks – one each for the retirement village, fuel station, youth centre, and the prison.

The defence force in Bethlehem had contributed a 20 000-litre tanker to help transport water, and police were keeping the peace, he said.

Mokhethoa said they were waiting for help from the provincial and national government.

"We sleep late, ensuring that everyone has water. We just want to urge our communities to be patient, this is a national crisis and we are trying our best," he said.

We live in a world where facts and fiction get blurred
In times of uncertainty you need journalism you can trust. For only R75 per month, you have access to a world of in-depth analyses, investigative journalism, top opinions and a range of features. Journalism strengthens democracy. Invest in the future today.
Subscribe to News24
Related Links
Intense heat contributing to drought - Umgeni Water
Desperate residents 'drinking sewage water' as taps run dry
Buffalo City faces water restrictions, Senekal residents fight over water
Next on News24
LIVE | Covid-19 in SA: Death toll tops 41 000 as cases hit 1 417 537