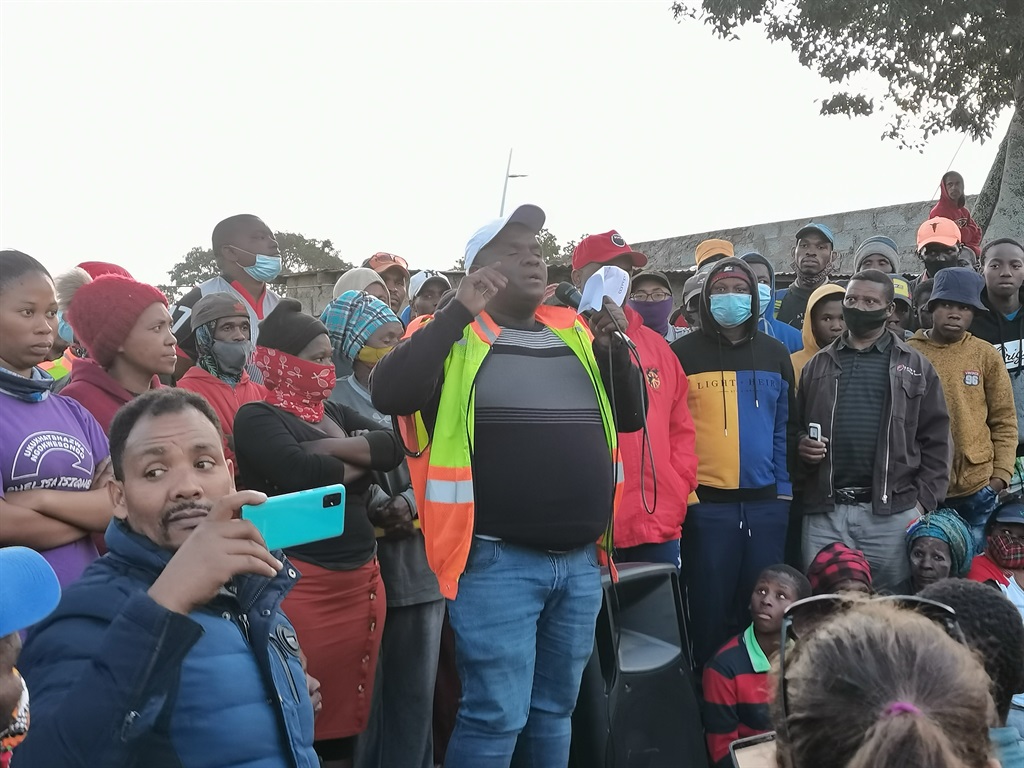 Service delivery protests in Makhanda have been suspended with immediate effect.

This was confirmed by Cooperative Governance and Traditional Affairs MEC Xolile Nqatha and the organisers of the protest.

The protest was suspended after Wednesday's urgent crisis meeting between provincial government leaders and protest organisers.

Also in attendance were the Uncedo Taxi Association, Sanco, Makhanda Circle of Unity and the Makhanda Business Forum.

Nqatha said a virtual meeting of senior government officials is scheduled to take place to implement the resolutions of the meeting and to report back to their political principals.

Leader of the protest and Uncedo Taxi Association spokesperson, Lungisa Sixaba, said they have given authorities 14 days to produce a clear and tangible plan to address their demands.

In a statement on Thursday, Nqatha said: "Within 14 days, we will come back with a report on outstanding matters. We must protect public assets and the genuineness of our struggles at all times."

Nqatha said the destruction caused by community members during service delivery protests is heartbreaking and must be avoided.

He said, in the long run, the destruction of public amenities resulted in a great inconvenience to the residents of the affected communities.

"We must, at all times, strive to sit around the table to find constructive and workable solutions to community challenges. In the process, we must observe the rule of law," said Nqatha.

"The situation in Makhanda is back to normal, taxis are moving freely, and people are back at work. We have given authorities the 14-day grace period to make all the necessary arrangements. We don't want to kill the local economy," Sixaba said.

"What we also appreciated was that, when we called the leaders to come to Makhanda, they heeded our call."

Police spokesperson Colonel Priscila Naidu confirmed there were no disturbances in Makhanda on Thursday and that all roads were accessible.