Shopper charged for pointing gun at EFF members, due in court 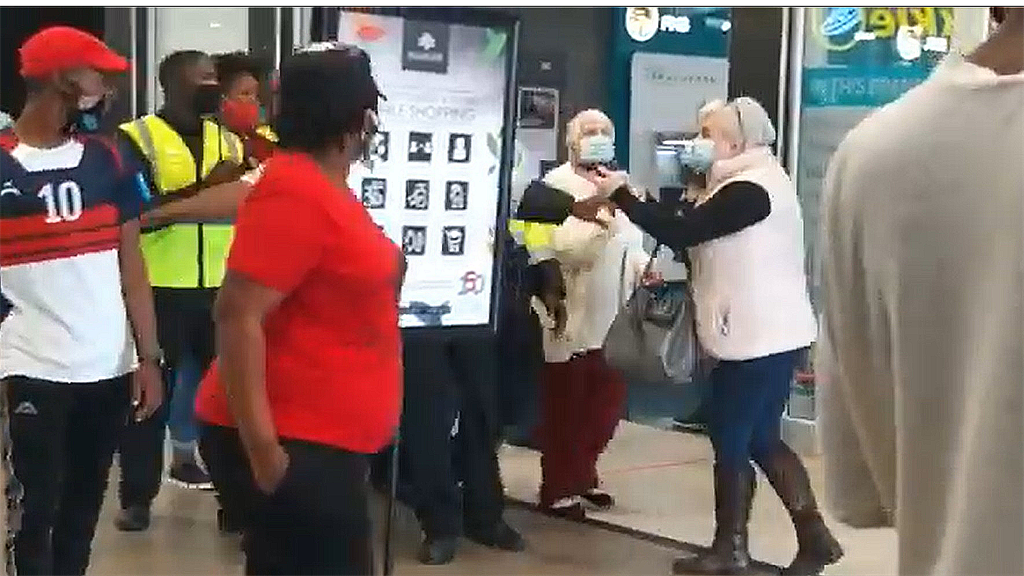 The 52-year-old Port Elizabeth woman filmed pointing a gun at a group of EFF members inside a mall on Tuesday has been charged and has to appear in the Port Elizabeth Magistrate's Court.

Naidu said the woman was formally charged on Wednesday afternoon for pointing a firearm and released on a warning, pending her court appearance on Thursday.

Naidu said her 7.65 pistol was confiscated by police.

A video of the incident is doing the rounds on social media, showing the woman being escorted by four mall security guards away from a group of about four yelling EFF members.

The 10:30 shouting match started outside a Clicks store, where EFF members converged as part of a countrywide shutdown of the health and beauty retailer in response to an offensive advert.

He said the clash was a demonstration that white people are irritated by the EFF, and that the party likes that.

The case was opened at 15:00 on Tuesday, hours after the EFF members and the woman were released from police custody after both parties initially declined to lay criminal charges against each other.

They were detained at the mall earlier that morning.

Walmer Shopping Centre centre manager Leonie Scheepers said the incident broke out after the woman started filming a gathering of the EFF.

A person dressed in blue then seemingly tried to grab the woman's arm.

She then stopped in the middle of the foyer and pulled out a firearm from her jacket and pointed it at the EFF members.

She put the gun away and continued to walk out of the mall.

The protests come as Clicks is battling a massive public backlash over a TRESemme hair product advert, and published by Clicks.

Clicks apologised for the incident following the outcry on social media, sparking the nationwide protests by the EFF.

We live in a world where facts and fiction get blurred
In times of uncertainty you need journalism you can trust. For 14 free days, you can have access to a world of in-depth analyses, investigative journalism, top opinions and a range of features. Journalism strengthens democracy. Invest in the future today. Thereafter you will be billed R75 per month. You can cancel anytime and if you cancel within 14 days you won't be billed.
Subscribe to News24
Related Links
WATCH | Shopper pulls gun on EFF members during standoff in PE shopping centre
WATCH | EFF protesters storm Clicks in Komani, shopper injured
Clicks protest: EFF MP among 10 arrested for destruction of property
Next on News24
LIVE | Covid-19 in SA: 4 074 new cases