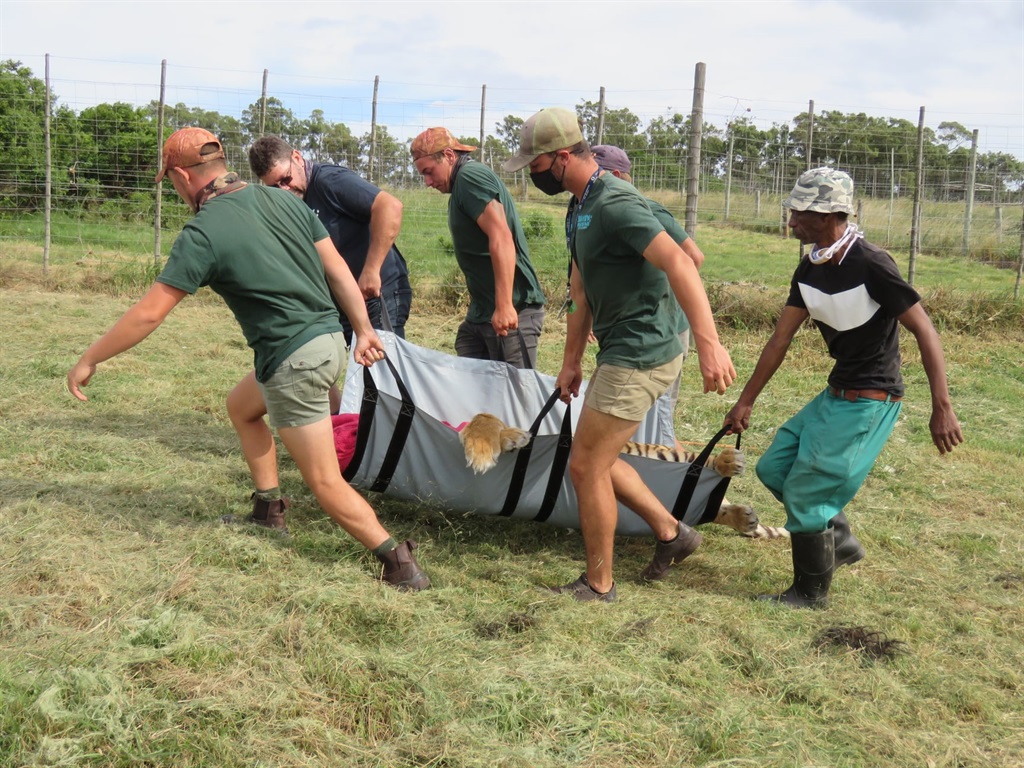 A Siberian tiger named Jasper killed a Seaview Predator Park employee at the Gqeberha facility on Wednesday afternoon while the employee was repairing the electric fence of an enclosure.

David Siphiwo Solomon was working on the enclosure, which houses Jasper and another Siberian tiger named Jade, when Jasper jumped onto the exterior fence, out of the enclosure.

In a statement on Thursday, the park said Solomon was in the passageway between enclosures and was walking towards the taps when the tiger charged at him. Solomon attempted to climb over the fence of a different enclosure to get to safety but Jasper pulled him back with such force that his neck broke.

The incident happened in full view of horrified staff and volunteers.

According to the statement, the Tiger then proceeded to the enclosure next door, which houses two other Siberian tigers named Judah and Amber.

READ | How a lion, which escaped from game reserve, was captured in Pretoria

A fight ensued between Judah and Jasper and Judah was killed. Jasper, being an entire male Siberian tiger, wanted the attention of Amber, an entire female Siberian Tiger.

Management immediately closed the park and assisted members of the public who were near to the tiger enclosures to gather their belongings and exit the park, it added in the statement. Those who were at the restaurant adjoining the park were kept there until it was safe for them to return to their vehicles and leave.

Dr David Everzard, a veterinarian from Kragga Kamma, was on site to tranquilise Jasper and Amber so that the remains of Solomon and Judah, could be retrieved.

Solomon had been at the park for about 15 years and had known each of the animals since they were cubs, the park indicated.

We are all one big family and the loss of David has left every single one of us heartbroken and traumatised, specifically the staff members and volunteers who were present when the incident occurred.

"David's presence, jokes, willingness to teach our young volunteers and overall bubbling personality is going to be missed so much and we send our heartfelt condolences to his family and close friends. May his dear soul rest in peace," it said in a statement.

All the large cats have been safely contained in their enclosures and the electric fencing is fully functional.

Jasper's incident is a first at the park and was obviously fuelled by hormones. Jasper is now quite calm and content, sharing an enclosure with Amber.

"We apologise to our visitors who had their visit cut short yesterday by the incident and would like to assure future visitors that they are quite safe.

"At no stage yesterday was any member of the public in any immediate danger and our request that visitors leave immediately is standard protocol, should such an incident occur," the park added.

"To the guests at the restaurant who offered assistance and kept our young visitors and resident children occupied while we were handling the emergency, thank you for your kindness and support," she statement read.