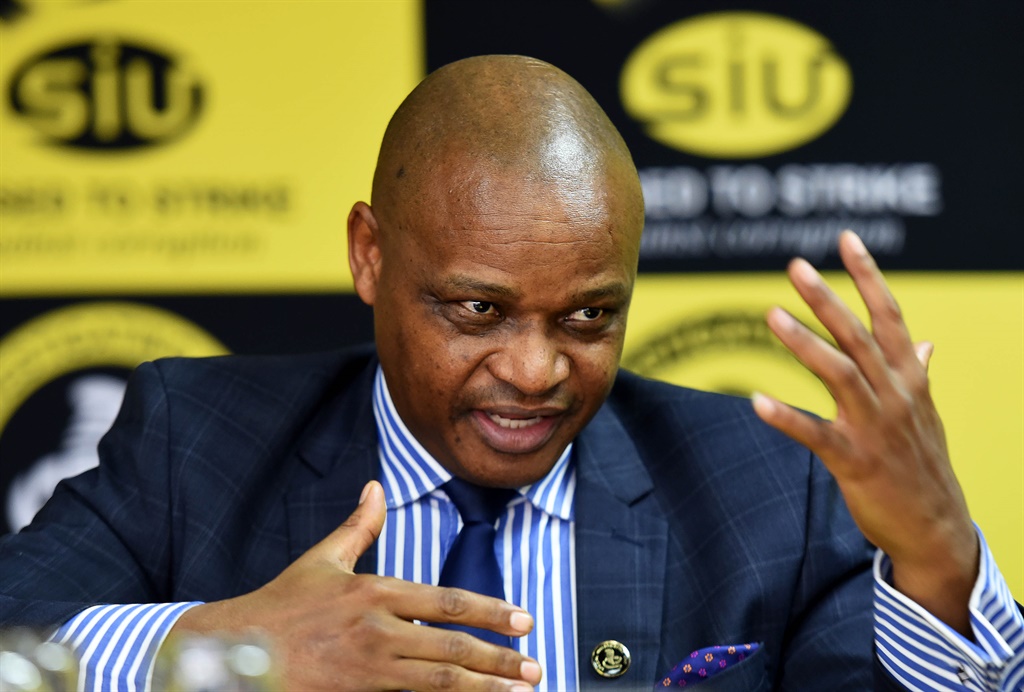 The Special Investigating Unit (SIU) has made 33 disciplinary referrals - and 10 referrals to the National Prosecuting Authority (NPA) based on investigations into R193 million procurement contracts for personal protective equipment (PPE) in the Limpopo Department of Health.

Last week, the head of the SIU, Andy Mothibi, visited the province and updated the premier, Stan Mathabatha, on a number of investigations which have been concluded.

The investigations relate to corruption and irregularities in contracts at several municipalities, government departments and allegations of Covid-19 related graft.

The investigations into PPE procurement in the province focused  on 60 Covid-19 contracts, totalling at least R486 million, and involves 42 service providers.

"These investigations are now in the support phase. Essentially, the investigations have been concluded … now we are busy either with the civil litigation process [and] the investigators are supporting that process to ensure that there are recoveries. If we have made referrals for disciplinary action, those matters are receiving attention, and if we have made referrals to the NPA, those matters are also receiving attention," Mothibi said.

News24 approached the department for comment on whether any disciplinary action had been instituted and were redirected to the office of the premier.

“There are also outcomes in the Department of Health. These are mainly around PPE investigations. NPA referrals there are 10, disciplinary referrals there are 33, administrative referrals, this is for Blacklisting, is one company and the value of the contracts to be set aside is about R193 million.

"We have made about six (6) Competition Commission referrals. We have also made thirty-one (31) referrals to the South African Health Product Regulatory Authority," Mothibi said.

Eight referrals were also made to SARS.

"This is because we found that there are companies that do business with the department and they don't comply with the laws that regulate either income tax or Pay AS You Earn (PAYE) and all of those other matters that are administered by the SARS," he said.

During a briefing last week, the premier said officials, who had been referred for disciplinary action, would face serious consequences.

In a statement on Monday, he added that he was pleased with the SIU's progress.

The progress made so far is pleasing and works very well in making our endeavours of bringing accountable public service to reality.

The SIU has also concluded its investigations into irregular contracts at Roads Agency Limpopo.

SIU spokesperson Kaizer Kganyago said they made 12 referrals to the Asset Forfeiture Unit, to the value of R84 million, and requested that 13 companies be blacklisted.

Editor's note: This story has been updated to reflect that 33 disciplinary referrals were made, not 33 staff members referred for disciplinaries. We apologise for the error.