Annie the anaconda weighs over 40kg and is over 4 metres long.
Supplied

Annie the anaconda has been around for 37 years, living her best life in Vryheid, KwaZulu-Natal with her former owner, Paul Swires. She has now slithered her way into the Guinness World Records for being the oldest snake alive that's in captivity.

Speaking to News24, Swires said he received the snake from a collector in 1989 and was Annie's owner until 2004.

He added that he was "thrilled" she had a Guinness World Record.

"I have always had a fascination with snakes, since the age of 13. I've collected many exotic snakes in my lifetime, so Annie the anaconda was just another one for my collection." Annie the anaconda when she was still a 'little' baby.
Supplied Supplied

According to Swires, the reptile lived in a separate enclosure, made specifically for her, and had a heated pond.

She weighs more than 40kg and is more than four metres long. She eats one huge rabbit every two weeks. 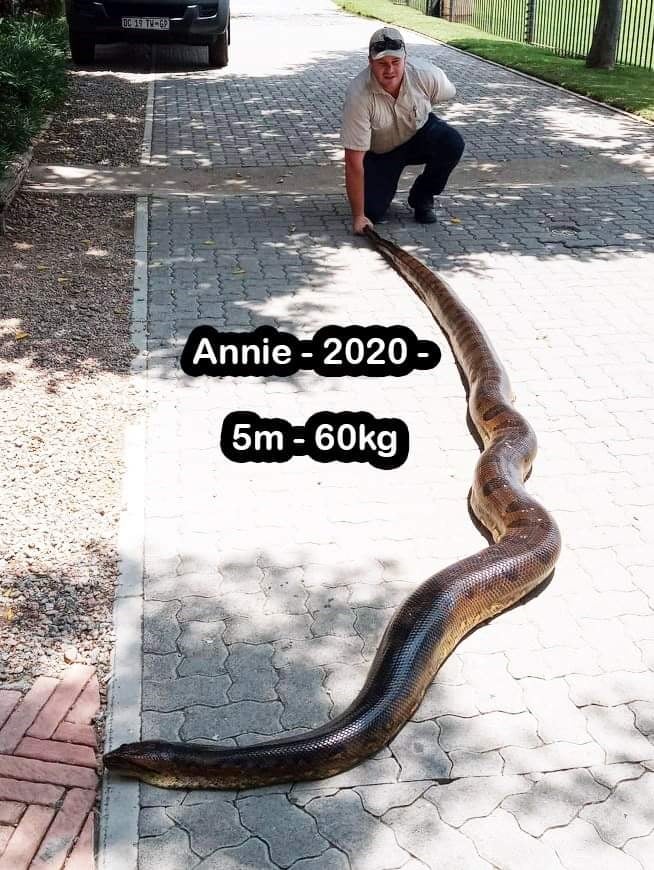 Annie the anaconda recently slithered her way into the Guinness book of world records for being the oldest snake alive in captivity.
Supplied Supplied

Swires said the snake had always been a "darling" and hadn't bitten or attacked anyone who visited them.

Annie was moved to the Montecasino Bird and Reptile Park in Johannesburg in 2004 for convenience.

I had realised that it would be more beneficial to everyone to be able to see Annie in a public place, rather than at my house.

Annie has, unfortunately, never had any babies in her lifetime and now slithers around comfortably at the reptile park.

Swires, who immigrated to New Zealand in 2012, said there had never been a category for "oldest snake in captivity" in the Guinness book of records, and so he decided to create it and started the application in August 2020.

"There was an unbelievable amount of evidence required, in the form of photographs, media articles, along with witness and vet statements from many people who have worked with Annie over the years," he added.

According to the snake lover, he was notified last Wednesday, which was Youth Day, that Annie's application was successful and that she had officially been put into the record books.

"It's fantastic news! Knowing the kind-natured temperament of Annie and my long history with her. The fact that she's finally made it to the Guinness book of world records is awesome," Swires said. Annie the anaconda weighs over 40kg and is over 4 metres long.
Supplied Supplied

He said he visited Annie in 2017 at the reptile park in Johannesburg and although she didn't remember him, it was "great seeing her".

The zookeepers at the Monte Casino Bird and Reptile Park said Annie was very calm and a "sweet snake" to care for.

Annie will be 40 years old in 2023, and Swires hopes he will be able to come back to South Africa to visit his "darling friend".